Who will dominate this year's flat-track Roller Derby? 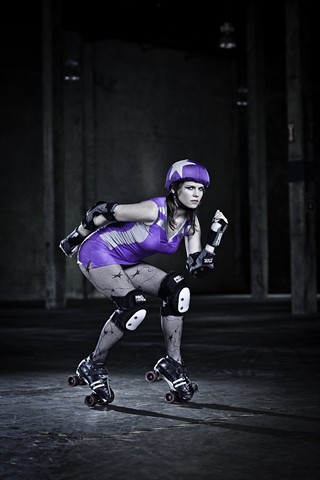 Flat-track Roller Derby is a level playing field this year. That's a change from last year, when the Hotrod Honeys were three-time queens of the mountain, the regime that many fans wanted to see toppled. The Hustlers did exactly that, ending three years of championship domination by the pink-and-black machine. It was close but so was the battle between the Hell Marys and the Honky Tonk Heartbreakers. The Hell Marys looked like last year's real victors: Cheered on by the 666 Local fan club, they broke their seemingly endless losing streak and gained a cohesion unseen in years. Now, the Heartbreakers have a gang of their own with the Heartbreak Hooligans, and they're not planning on staying at the bottom of the hill. This weekend's season opener may rerun the 2011 championships – Hustlers versus Hotrods and Hells versus Heartbreakers – but don't bet on history just repeating.