It's Prime Time in the Owner's Box 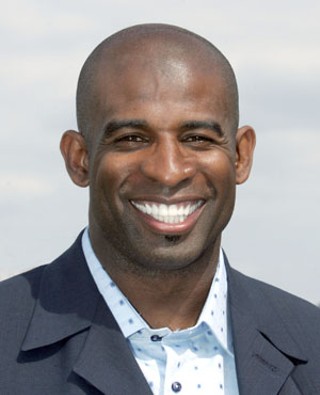 Playing in the National Football League is "the common goal of any kid that puts on a uniform" says veteran Wranglers defensive back Damon Mason. Sure, but what do NFL players dream about?

Deion Sanders, Wranglers co-owner and sure bet for NFL Hall of Fame induction, says most players just want a team of their own.

"Every NFL player's dream mostly is to be in ownership," he says. "Not just a player, not just on the roster. Your dream is to own things, not be employed for the entirety of life."

While little kids everywhere were spiking balls on the playground pretending to be Prime Time himself, maybe Sanders was at home in an ill-fitting suit, pretending to be an old oil billionaire.

He'd probably love to take over for Jerry Jones, but the excitement of arena football (not to mention the dearth of the aforementioned mad oil money) led Sanders to buy part of an AFL team instead. Sanders says he enjoys the game's fast pace and high scoring, but he's glad he stayed on the 100-yard field.

"I don't think I would've been successful [in the AFL], because arena football is a tremendous game," he laughs. "It's not easy by any means. Oftentimes … guys who have played in the NFL don't have success in the game."

Sanders isn't the only NFL alum with arena aspirations: John Elway (Colorado Crush), Ron Jaworski (Philadelphia Soul), and Mike Ditka (Chicago Crush) are all AFL co-owners. Former Cowboy quarterback Danny White coaches the Utah Blaze, and even several NFL owners, including Jerry Jones, have expanded their portfolios to the Arena League. But the AFL's sexy siren song wasn't the Wranglers' only appeal: Sanders was drawn to its A-Town location. He spends most his time in the Metroplex, but he's got an Austin residence and, of course, knows lots of cool hangout spots.

So take note, NFL rookies. Adrian Peterson and Brady Quinn, if you work hard and stay healthy, one day you too could have the Rooty Tooty Fresh 'N Fruity breakfast.