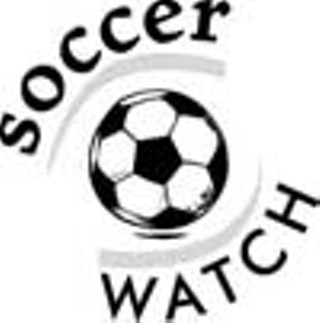 Well, it's been a bad news, good news, bad news kind of week for the Longhorns and the Big 12 Conference.

For UT, the bad news hit Thursday night in San Antonio, as the Horns were bounced out of the Big 12 Tournament in the first round -- victims of a 1-0 upset by seventh-seeded Oklahoma State. As was the case in every one of their conference losses this year, the Horns outshot their opponents, but they couldn't put anything in the net. (And again, accuracy was a factor: UT was able to put only three of their 15 shots on goal; OSU took just 13, but put six of those on goal, and one went in.)

The good news came Monday, as the Horns, as expected, got an at-large invitation to the NCAA Tournament -- but it wasn't the one they had hoped for. The loss had cost them any chance of hosting a subregional, and instead, they must travel to Gainesville, Fla., this weekend, to take on a very tough Mississippi squad on Friday, with the host Florida Gators, the third seed in the nation, waiting in the wings.

For the Big 12, the weekend was a mixed bag, as well. With UT and top-seeded Colorado losing in the first round, and the seventh and eighth seeds meeting in the final, the conference showed off its depth, and was rewarded by the NCAA. All eight teams who qualified for the conference tournament got NCAA bids, making the Big 12 the only conference in the country with that many entries. On the other hand, where those teams got sent reflects the NCAA's continuing doubts about just how good the Big 12 is. Consider:

Sixteen teams were seeded by the NCAA, and placed in the 16 first-round groups.

Thirteen of those got to host their own sub-regionals.

Of the three seeded teams who have to go on the road, two are the only Big 12 seeds.

Specifically, No. 10 Colorado has to go to Salt Lake City to face both Utah and BYU; No. 13 Kansas has to play at "Border War" rival Missouri; and unseeded Texas A&M, presumably because of its facility and fan base, gets the sole Texas site, hosting No. 12 Duke, plus in-state rivals SMU and Stephen F. Austin.

MLS playoffs: In what was immediately being called the greatest game in MLS history, the San Jose Earthquakes staged a five-goal comeback to advance over the L.A. Galaxy last weekend by a 5-4 aggregate score over two games. The Galaxy had won the opener, 2-0, and scored twice early in San Jose to open up a four-goal lead before the earth began to move under them. San Jose hosts Kansas City in the Western Conference title game on Saturday, after the Chicago Fire hosts the New England Revolution in the East final on Friday. The title game is next Sunday, Nov. 23, at 2:30pm, broadcast live on ABC.

European action is coming to a head as well. The focus this week is on Euro 2004 qualifying (right), as 10 national teams vie for the last five tourney slots. Then club teams are back on center stage, as Champions League play concludes Nov. 25-26 and Dec. 9-10.

The last five entries in next summer's European championships will be decided this week, with these matches on Saturday, and a return leg on Wednesday, Nov. 19.

Holland at Scotland; Wales at Russia; Slovenia at Croatia; Turkey at Latvia; Norway at Spain