Telling a love story without the "I love you" 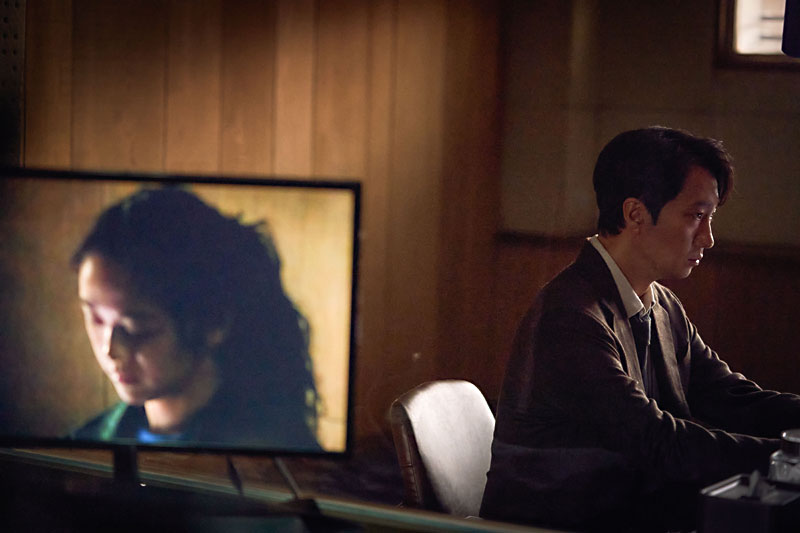 Park Chan-wook is a romantic. Throughout his filmography, his characters are motivated by their hearts. The Korean director said via translator, "I've always been telling love stories, and people haven't been able to understand that. So when I tell people that I've come with another love story, they think I'm joking."

In the audience's defense, some times it was hard to spot the romance through the stylized violence of films like Oldboy, or the heart-pounding sensuality of The Handmaiden. "The violence and eroticism is too strong, so that's all that is left in their heads when they leave the theatre," Park said. "I wanted to get rid of these explicit elements so that the audience can focus on the subtle change of the characters' emotions."

Thus Decision to Leave, a movie of quiet desire and longing – or, as Park put it, "a love story that does not say the words 'I love you.'"

In celebration of Park's latest film (which received its U.S. premiere last month in Austin at Fantastic Fest) the Alamo Drafthouse is launching a retrospective of the best of South Korean cinema under the Korean Noir banner. The series begins Oct. 9 with Bong Joon-ho's Memories of Murder; followed by Park's 2000 breakout, Joint Security Area; Lee Chang-dong's critically acclaimed 2018 crime drama, Burning; and wrapping with Lee Won-tae's raucous action flick, The Gangster, the Cop, the Devil.

But Decision to Leave is more evocative of the cool ardor of Wong Kar-wai or the repressed emotions of Powell and Pressburger's films. Detective Hae-jun (Park Hae-il, best known as the chief suspect in Memories of Murder) finds himself falling for Seo-rae (Tang Wei; Lust, Caution), a Chinese immigrant who everyone else suspects of murdering her husband. There is always a distance between them – in mirrors and across tables in interrogation rooms, or from inside the officer's car as he stakes out her apartment – and these spaces are filled with yearning. "It's a story about repressed love, but it's also a story about waiting for the other person's expressions of love with patience."

“[Decision to Leave] is a love story that does not say the words ‘I love you.’” – Park Chan-wook

Those expressions are quiet and physical – not sexual, but a look or a raised finger. But one added complication is their nationalities, and what it means for their conversations when only one of them is a native Korean speaker. "They're speaking the same language," Park said, "but not quite the same."

Seo-rae's halting Korean, picked up from watching period dramas on TV, "is understandable to the Korean audiences, but there is something slightly off or unique about the words that she uses." Her immersion in classical Korean culture rather than modern life "is why she looks more elegant and classical than a modern Korean," but her language leads to confusions that only get worse when she relies on a translation app if she falls back on her native language. Park said, "The content of the lines has been translated, but there's no emotion nuance between the words." It's another experiment in space for Park, who separates the emotions of the delivery of the words from their more literal content. "Both the audience and Hae-jun, they have to remember the actions and the facial expressions, the voice color of the character who was talking."

A version of this article appeared in print on October 7, 2022 with the headline: The Great Romantic 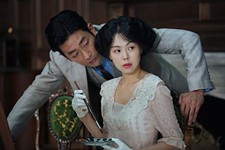 The Handmaiden's Tale
Sex, lies, and secrets in the U.S. premiere of Park Chan-wook's latest