Director Parker Finn and star Sosie Bacon Smile, and the world screams with them 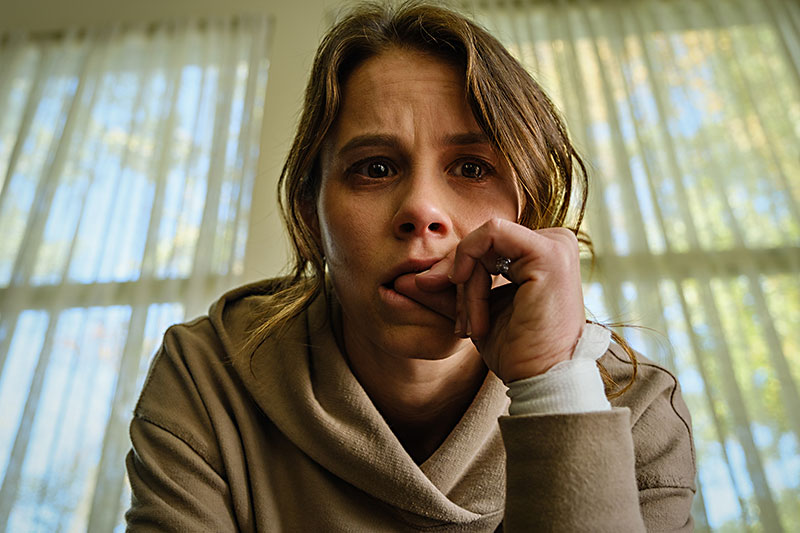 In the background of an apartment in Smile, the new horror film from Paramount Pictures opening this week, there's a movie poster. It's for Gli Spericolati – the Italian name for Robert Redford's 1969 skiing drama, Downhill Racer – and it's an in-joke between writer/director Parker Finn and the film's production designer, Lester Cohen, about the mental state of their lead character, psychiatrist Dr. Rose Cotter (Sosie Bacon). "The film is about this woman who feels like her mind is turning against her," said Finn. "We loved the idea that [she] is racing downhill the entire film, but we didn't want to be too obvious with it, so we went with the Italian poster."

That sense of accelerating collapse created a specific problem for Bacon on set, as the filming schedule hopscotched around between scenes, breaking up that linear plummet. She explained, "Wardrobe, hair, and makeup really helped in that area, because depending on what I was wearing and how fucked up I looked, I could tell where she was."

The cause of Cotter's decline is the omen that precedes a curse: an eerie smile that she sees upon the faces of strangers and loved ones, a smile that presages supernatural torture and death. Finn described it as "a very specific smile" that each actor brought something new to, but still had an immediately identifiable consistency: "Too-wide grins that are really showing off the teeth, and it's about that frozen, very uncomfortable feeling of not letting go of that smile and pairing that with these dead eyes that are piercing right into you."

Of course, the inherent fear of a creepy smile has been enhanced by the fact that, for the last two years, most people have been masked – especially anyone on a film set. "I've joked with Sosie that she barely saw the bottom half of my face the entire time she was making this movie," said Finn. "I developed it, wrote it, and shot it during this pandemic, and I think all of those things that everyone was feeling – that sense of isolation, the sense of transmission – all of that crept into this story."

Before Smile's world premiere last weekend in Austin at Fantastic Fest, Bacon had recently wrapped her first film since the pandemic began on a maskless set. She said, "It really is a relief, because there is something so odd about doing something so intimate with people and you don't get to see their face. ... Even if they pulled it down for a moment, you don't see their real face. So I was gleaning a lot from people's eyes because you can't tell if they're smiling. 'Is that good?' 'Is that OK?'"

Underlying the story of Smile is the idea of trauma reigniting trauma. Finn said, "I never set out to create a film that's, 'Oh, it's an external monster that you can just beat.' For me, it felt more apropos to the themes and the motif that it's something that's so internal. It is a part of you. These things, we all walk around, carrying this stuff inside that informs us and shapes us our entire lives, for better or worse."

If anything, Bacon said, acknowledging one's own trauma is a positive – and makes Rose more identifiable. "If I have a therapist, I want to know that they have gotten through some shit. There is something about being there for people that is about having a level of understanding, and not judging."

Smile is out now in cinemas. See our review here. 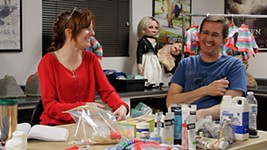