The Film Family That Slays Together Makes Child's Play Together 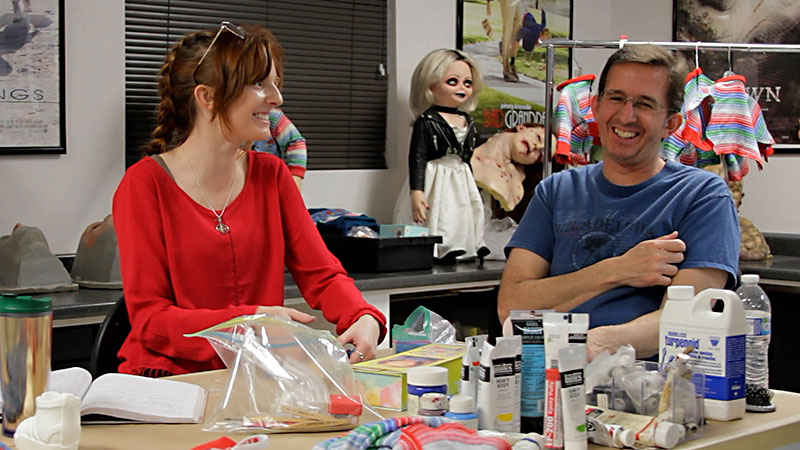 Kyra Elise Gardner, director of Fantastic Fest-selected documentary Living With Chucky, lets me in on a little scene setting a few minutes into our Zoom interview: She is literally living with Chucky, the possessed doll from the Child's Play horror slasher franchise. He's in a chair, just off camera. For Gardner, whose father, Tony, worked on three of the six Child's Play films as well as SyFy's new Chucky TV show, the terrifying toy is practically family to her – and to the cast and crew, many of whom have been with the series since its first entry in 1988.

"Considering it's a franchise that really hasn't been rebooted all too much allowed for such a family to grow," Gardner said. She laughed, stepping around the awkward, 2019 remake-sized elephant in the room. The lack of impact made by the newer film emphasizes why the original franchise has stuck around with an almost intact cast and crew. "You can honestly tell that there's a family behind the scenes because everybody cares so much and [puts] themselves into these films, and now the TV show as well."

“You can honestly tell that there’s a family behind the scenes.” – Kyra Elise Gardner

That familial relationship shared by the people behind the Child's Play franchise is at the heart of Living With Chucky, which explores through interviews, behind-the-scenes footage, and Gardner's own storytelling the reasons why the series is so special. From star Brad Dourif, whose vocal performance is as iconic as the doll's bright red hair, to writer-turned-director Don Mancini, who committed to bringing queer themes into his slasher movies, to the puppeteers like Gardner's father who dedicated hours upon hours of work to perfecting the look of Chucky and his murderous puppet family. In Gardner's eyes, these are all important elements of why the films endure. "I [also] love that the franchise touches on topics that aren't usually touched on," she said, "and really diving into what these experiences would cause psychologically for the characters." She also highlights the inclusion of Curse of Chucky's Nica, a wheelchair-bound character played by Dourif's own daughter Fiona, whose disability is key to her defeat of Chucky. "I think that it's a franchise that just keeps exploring new avenues that we weren't expecting."

Another element of the documentary Gardner is proud of concerns the series' extended family: its devoted fan base. Because she began work on Living With Chucky during the pandemic lockdown, she reached out to fans through TikTok and asked them for photos displaying their fandom. Throughout the documentary, those images are projected, all of them showing a community of horror enjoyers excited by the franchise in various ways: tattoos, fan art, and costumes on everyone from kiddos to pups. She added, "My dad always talks about using Instagram as a tool to see what fans are responding to and what fans don't really like. … Especially when it comes to the look of the doll. That really inspired him going into the [new] season of the TV show.

"A big reason I wanted to do this," she said, "was that I've watched my dad make this doll over the span of several movies and now a TV show with different budgets … And on top of that, the creative team that brings it together, Don Mancini, Brad Dourif. Everybody really pours themselves into these movies. What I hope you get by the end [of the documentary] is a bigger appreciation and understanding of what all goes into making it possible for you to enjoy [the movies] at home." 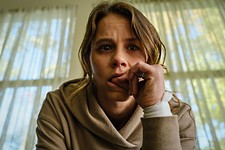