After 22 Years, It’s a Wrap for East Austin Stories 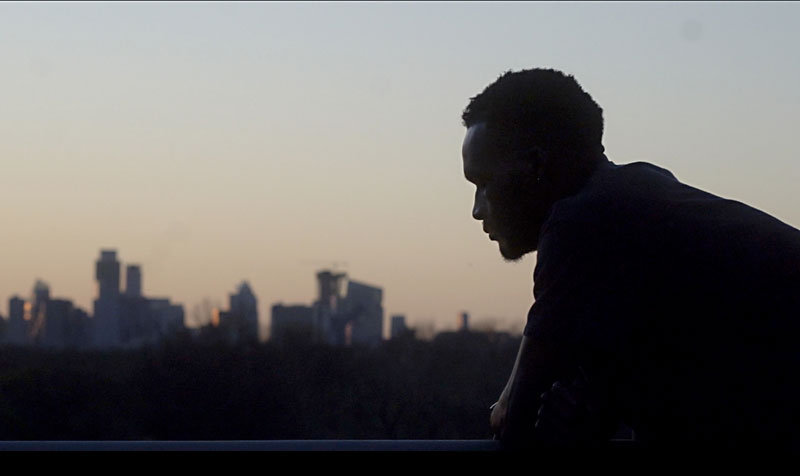 Tymir, full-time student, Uber driver, and the subject of "Hustle," one of the last of UT RTF's East Austin Stories

366K. That course code in the UT Radio-Film-Television prospectus has unlocked careers for many filmmakers. It's the four digits that have signed students up for the upper division Documentary Production class. Few names have been more synonymous with that program than lecturer Andrew Garrison, and you can't say Garrison's name without thinking of one of the most important initiatives to come out of that department: East Austin Stories.

This is filmmaking as ethnography, with each short documentary capturing an element, an event, an individual within the rich and unique culture of East Austin. However, it was inspired by Garrison's experiences outside of Texas, as a lecturer in Ohio and as part of the Appalshop collective in rural Kentucky, and his surprise at seeing so few nonwhite faces on campus when he joined the UT staff in 1997. His solution, which he launched in 2000, was to send students into the community east of I-35 with a simple instruction: Find a story and tell it. In the following 22 years, the program has resulted in over 140 short films, each focusing on a microcomponent of the Eastside, from gentrification to arguments over school closures, from lucha libre to roller derby. The first 138 are already online (Garrison noted that they started putting the films on the internet in 2004, pre-YouTube, giving UT's lawyers a headache about whether it was even legal), and next weekend sees the annual live screenings in East Austin of this year's projects. These will be the last that Garrison will oversee, as after 23 years at UT he's finally retiring.

Is it the end, though? After all, there will always be more stories to be told, even if Garrison isn't the one encouraging students to record them. And even if the program itself is complete, its spirit will continue in the filmmakers who were inspired, and whose visions were shaped, by the process. Filmmakers like Chelsea Hernandez, whose 2010 short about the Salas sisters, "Our Guadalupe," would eventually lead to an Emmy nomination for her South by Southwest-selected PBS documentary, Building the American Dream; or Huay-Bing Law, who looked at the Austin Yard Art Tour ("Yardists") and a small girl's relationship with her grandmother ("Road to Grandma's House"). It's not even just been documentarians: Andrew Cadelago, who co-directed "La Casa Lopez" (one of the first shorts and still one of Garrison's favorites), went on to work as an animator for Netflix and Pixar.

As for Garrison himself, he'll be working on a project with a longer history than the East Austin Stories. In 1984 he traveled to remote Clinchco, a coalmining community in that southern pocket of Virginia that geographically and culturally may as well be in Kentucky. There he interviewed Earl Gilmore, a gospel singer of local renown who inadvertently came out to the documentarian on camera. Realizing that exposing a Black man as gay would endanger the singer's life, Garrison held on to the footage (over 30 rolls of film), even after Earl came out and even after his death in 2000. Now Garrison said he'll finally have time to complete Gilmore's story as his upcoming documentary, Because I'm Here. And if someone decides to keep East Austin Stories going, maybe there'll be more untold lives like his that will be recorded.

The complete archive of East Austin Stories is available online at rtf.utexas.edu/east-austin-stories.

Find out more about Because I’m Here, including how to donate to support its completion, at becauseimhere.com.