Sheryl Crow Reflects Beyond the Music in New Documentary

No one said it would be easy 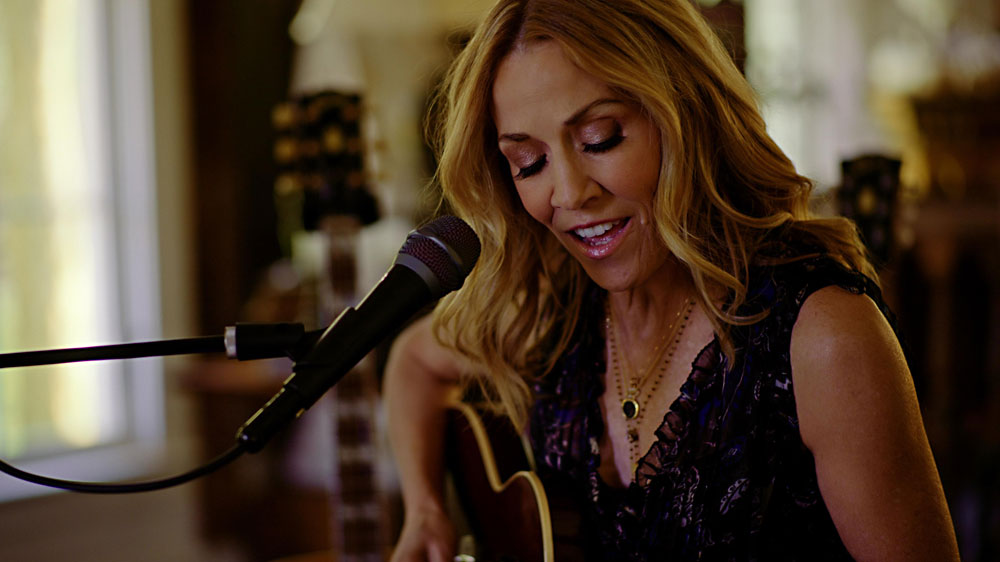 Sheryl Crow did not want to make a documentary about her career. Even as the superstar announced in 2019 that her collaborative LP, Threads, would likely be her last full album, she was intent on looking forward as an artist.

“I felt like documentaries were something that were made after you died in a fiery plane crash or something,” she offers from her home in Nashville. “I know that sounds morose, but you think of it symbolically as a recap of your career, and I’ve always felt like I have so much in front of me.

“My manager, who has been with me from the very beginning, he came to me and said, ‘This would be a great time for you to sit down and tell your story. You have more than 30 years of having navigated a career as a woman and you have a lot to say.’ I kind of gave into it, and I’ll be honest, documentaries have been the thing since I was a kid that have taught me about what it is I wanted to be and what was possible. It wound up really being kind of a gift and a great journey.”

Sheryl, directed by Amy Scott, makes its world premiere at South by Southwest and delivers much more than the usual rock doc. Bolstered by behind-the-scenes footage from across her career and interviews with close friends and collaborators including artists like Laura Dern, Keith Richards, Joe Walsh, and Brandi Carlile, the film shines a light beyond the glare of celebrity to reveal the deeply human and personal side of Crow, without dwelling on either tragedies or triumphs. “I had a couple of parameters, like it not just be a recap of awards ceremonies and a look back in the tradition of like a VH1 Behind the Music. I wanted it to be the full story,” Crow says. “It’s a hard line to keep your life personal, but at the same time put yourself out there. I’ve always been really private about my life, and I still am private about it and some things are not up for consumption, like my kids. I think that a lot of the reticence in the beginning of making the documentary was just how much I want to say, and before I started it, I told Amy there is nothing that is off limits, I’m going to do this once, I’m going to lay it all out, and hopefully people will realize I’m not just the girl that sang, ‘All I wanna do is have some fun.’”

As extraordinary as Crow’s rise was – from teaching elementary school in small-town Missouri, to joining Michael Jackson’s late 1980s world tour, to her blockbuster, Grammy-dominating 1994 debut Tuesday Night Music Club – stardom becomes merely a backdrop for the more private moments and deep friendships that helped her become a pioneer of female independence and empowerment. Sheryl addresses her struggles with depression, defining herself beyond the systematic sexism of the music industry, and her cancer diagnosis and subsequent adoption of her two sons, and it’s these personal life-changing moments, not stardom, that drive the film and the portrait of Crow revealed throughout.

“It’s very dramatic to me the difference between my life then and my life now,” acknowledges Crow, who celebrated her 60th birthday last month. “I’ve had probably three very distinct lives. I had a life of being a great daughter and citizen and hardworking school teacher, and then following the mad dream and watching the ‘overnight success’ that took 25 years, and then there was post-cancer, and that has been a completely different life. That life has been one of creating my own life as opposed to living in that life of celebrity and awards shows and parties and constant road touring. And all the while, it’s been interesting to speak of all that from the perspective of a woman when our business has changed somewhat, but not really all that much.”

Part of that evolution for Crow is now helping younger artists navigate the challenges she confronted through her career. As Carlile affirms in the documentary, the impact of Crow’s determinedly self-defining success and the late Nineties Lilith Fair festival blazed a new path for female artists, not only within the industry but in the ability to express deeply personal realities in popular music. Today that focus translates into bringing more women into the industry, especially as producers and visionaries.

“I don’t know how many artists will be fortunate enough to have the career that I’ve had, because I started when people bought records,” Crow says. “Now it’s a completely different game and I don’t know if you can have the kind of longevity that I’ve been really fortunate to have. It’s hard to mentor kids when so much of it depends on their branding themselves. Those waters are so tricky to navigate.”

The real success that emerges for Crow in the documentary, however, is one of self-realization and -actualization. While the career she shaped proves hard-fought and remarkable, the personal journey connects more universally and meaningfully.

“There’s a point at which you look at your life and seize that moment to not just redefine who you are, but to refine who you are,” she offers. “Your mind creates all these stories about what your life is supposed to look like, and you base all your decisions on that. But then one day you wake up and you’re 45 and you didn’t get married and you didn’t have kids like your parents, and you’re not getting played at radio that much anymore because you are older, and most of your life has revolved around being productive and being a respected musician and blah blah blah. And you sort of come to terms with the fact that the reality you create is sometimes based in mythology. So I had to let go of the story I’d been telling myself.

“My life wasn’t like my parents’. I had been to Tokyo!” she laughs. “It’s all so relative and sifted through what the mind has created for you, and sometimes you need to step away from that and learn how to quiet the mind and just be into the wonder of uncertainty. And that’s what I took from all of it.”

A version of this article appeared in print on March 11, 2022 with the headline: No One Said It Would Be Easy