Patton Oswalt Catfishes His Son in I Love My Dad

And you thought your love life was tough 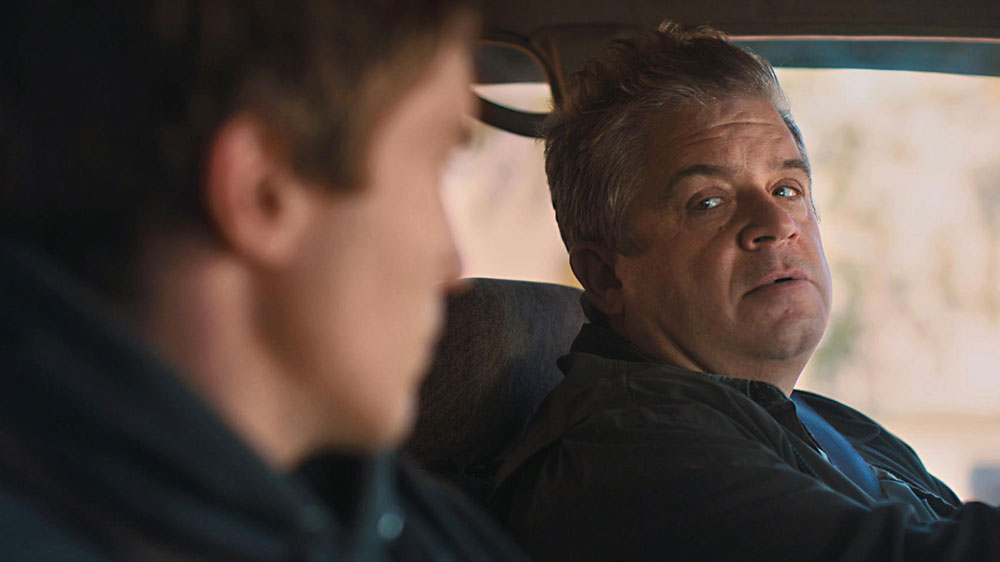 Imagine: You meet the love of your life online. You form an irreplaceable bond. Say things you've never said to anyone. You think you're going to be together forever. And all this time it's actually been your dad.

That's the premise behind I Love My Dad, the immaculately titled familial catfishing story world premiering at SXSW 2022. If the premise sounds absurd, it's worth noting that the film is based on a real-life incident that happened to writer, director, and star James Morosini. He said, "It comes from something that happened with my dad and I when I was younger and I kind of took that kernel of what happened and used my imagination to see what would have happened if it went a lot further."

Seeing just how far the ruse goes is all part of the fun. Morosini plays estranged son Franklin alongside Patton Oswalt as Chuck, the filmic counterpart to Morosini's father. Chuck's scheme is born out of a desperate attempt to rekindle an estranged relationship with his son, as he creates a fake profile by using the name and photos of a waitress at a local diner named Becca (Claudia Sulewski). The line between Chuck and Becca increasingly blurs, as Sulewski physically acts alongside Morosini throughout the film, her lines coming from the messages sent to Franklin by his dad. The potential of such an unconventional story was exactly the reason it came to fruition: "Those are the stories that I love the most," Morosini said. "The ones where, as an audience member, I'm being asked to invest a lot and where it feels exciting and kind of thrilling and scary and uncomfortable."

It's founded on a comedic premise and often has plenty of fun at the expense of the situation, though the story is anchored in complex emotional territory between Franklin and Chuck's strained relationship. The navigation between the humor and the sadness was always part of the film's DNA, but Oswalt helped the movie find the true balance it needed. Morosini explained, "He just got it on such a deep level and through our conversations added much more texture to what this story is really about. He's able to approach delicate subject matter with a lot of heart and able to bring a lot of humor to things that could be kind of dark. We really got the joke together."

The comedy of it all is aided by supporting performers including Lil Rel Howery, Rachel Dratch, and Amy Landecker. But ultimately, this is about being able to recognize and process the emotional turmoil between a father who has taken drastic measures to talk to the son that wants nothing to do with him. "I wanted to tell an extremely subjective story from somebody doing something unusual, but doing it for the right reasons," Morosini said. "My favorite stories are the ones where the audience is not necessarily in agreement with the character, but are still empathetically rooting for them in one way or another."