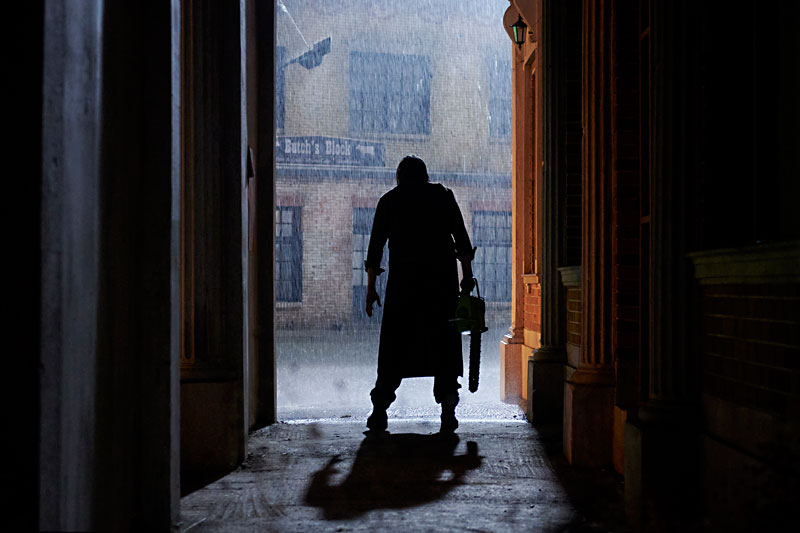 David Blue Garcia knows the trenches of indie filmmaking. The Austin filmmaker's first feature, 2018's Tejano, was a $60,000 border thriller "where I was directing, cinematographer, camera operator, and parking cars," he recalled. So there was definite culture shock when he arrived on the set of Texas Chainsaw Massacre, Netflix's new addition to the horror franchise. "I had 200 people on set on my first day, and my previous movie had a crew of eight. So it was a pretty big transition for me – and a lot of fun."

When producers Legendary reached out to him, he said, "they respected the gritty, indie filmmaking craft that I showed [with Tejano]. ... This movie needed a little of that, instead of the Hollywood slickness." Resilience and flexibility were also required. The film was already in production, being directed by UK filmmaking siblings Andy and Ryan Tohill, who had turned heads on the festival circuit around the same time as Tejano with their rural horror, The Dig. A week into filming, they were out, and Garcia was in. He said, "I got the call, three days later I was on a plane to Bulgaria, a week later I was filming."

Luckily for the producers, the Austinite didn't just bring his Texas credentials but was OK with the massacre side, too. While working on Tejano, he was also cinematographer on Austin-made splatter-comedy Blood Fest, giving him a crash course in filming entrails. "You get used to filming the blood and gore, and seeing the practical effects, how long they take, ways to hide things with cameras."

Maybe the speed of being hired meant Garcia couldn't second-guess himself in daring to make a direct sequel to a movie he called "the gold standard for horror. You're never going to live up to the legacy of the first one. Stanley Kubrick bought a print of that. Ridley Scott said that he was trying to make Alien the Texas Chain Saw Massacre of space." 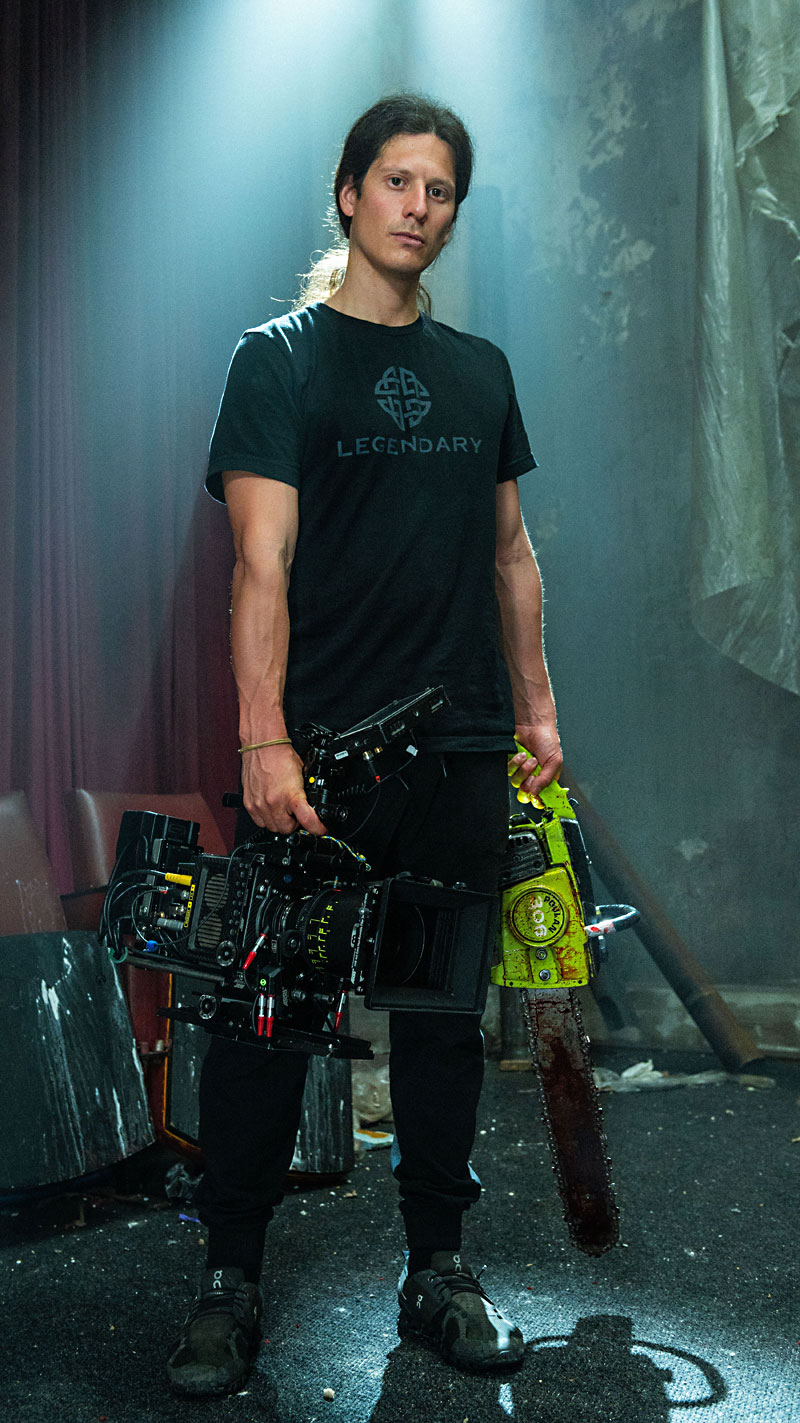 After all, this isn't just any franchise that he was taking on. This is Texas Chain Saw Massacre – emphasis on Texas. True, there were films made in Texas before Tobe Hooper's fever dream, but that's the movie that proved there could be a regional film industry, and five of the prior eight Chainsaw films shot in the Lone Star State. However, like 2017's unrelated prequel Leatherface, the producers had decided to shoot in Eastern Europe, leaving Garcia with a big challenge. How do you make Bulgaria look like Texas? Well, he answered, it depends what bit of Texas you're talking about. "Texas is such a varied state, with so many landscapes and climes, to be honest it wasn't that hard to make Bulgaria pass as Texas. It looks like West Texas ranges that I've been in, out near the Fort Davis mountains, so I leaned into that idea."

It also helped that production designer Michael Perry and set decorators Asen Bozilov and Joey Ostrander built what he called "a pretty good Texas town." However, no re-creation can ever be perfect, and Garcia admitted to one failing: There's just not enough barbed wire. "You can't get away from it in Texas. When you drive down a Texas road, it's just barbed wire for miles, separating the road from the fields."

He had the skills, and he had the location, but now Garcia had to figure out what his latest installment in the gruesome history of the Sawyer clan would be. After all, these films have been everything from arthouse horror to black comedy and bizarre conspiracy flicks. First of all, he said, it had to be genuinely contemporary, just like the original. Although Hooper's depiction of Central Texas in 1974 "feels like a period piece now, it did take place in the time that it was filmed, and those characters were contemporary hippies trying to get away from the violence of the city."

The original film starts because a bunch of idealistic Austin kids head out into the countryside for what they think will be an idyllic road trip and run saw-first into a clan of cannibalistic rednecks. There's a simmering resentment toward these city kids invading their dust-and-blood-encrusted homestead (read "Cowboys vs. Hippies: The Texas Chain Saw Massacre Subtext," Oct. 3, 2014, for more on that), and the new film brings those same tensions up to date. Written by Chris Thomas Devlin, from a story by producers Fede Alvarez and Rodo Sayaguez (Evil Dead, Don't Breathe), its trigger is rural gentrification, where a bunch of affluent twentysomethings ("gentrifuckers," as one local calls them) who made some money off running hipsterbait food trucks in Austin roll into the almost abandoned Texas town of Harlow and plan to turn it into the next Marfa. "You read these articles all the time about old towns that are being sold off to developers," Garcia said, and the pandemic has only accelerated that process. "You've had this great of exodus of city dwellers going out to the country and getting into these small towns where they didn't live before, and you have a culture clash."

And that clash isn't solved by debate, but at the end of Leatherface's hammer, blades, and of course the eponymous chainsaw. "The first film does an excellent job of psychological horror, and suggesting things through clever editing and filmmaking, but I think modern audiences need a little bit more. We're so desensitized. We've seen everything and so leaning into creative kills, and showing more gory scenes, is something that Fede Alvarez taught me."

At the heart of the chaos, of course, is Leatherface himself. Garcia said he worked closely with actor Mark Burnham to work out who their Leatherface would be. "To me," Garcia said, "he's sort of inexplicable. He's not always predictable because he's sort of a scared, simple fellow." However, he's still 48 years older than he was in the first film, and while Garcia wasn't worried about having an aging Leatherface as a convincing juggernaut of destruction ("I've met tons of guys, strong farmers in Texas who could kick your ass at 70") the years have still taken a toll: In the early films, Garcia said, "he'd keep hunting until everyone was dead. [Now] he does get tired. He does slow down at times."

Slower, maybe, but no less violent, and Garcia wanted practical effects, so that meant a set swimming in blood, gore, and offal. "They offered me safety suits and plastic leggings, but I refused. I wanted to feel the blood on me, and it was fun to come back to the hotel every day after shooting, covered in blood, and see the night manager staring at me, going, 'What is this guy up to? Eh, it's just another American. It's fine.'"


Chainsaw Versus Chain Saw: The Confusing History of the Texas Chainsaw Massacre Franchise

Nine films. Eight different Leatherfaces. Sequels and prequels that ignore each other, and a two-film complete reboot. Two different ways of spelling chainsaw in the title. Even among horror franchises with convoluted histories, The Texas Chainsaw Massacre is almost impossible to untangle, so here's a brief and bloody guide to some of the most bizarre crimes in the annals of American history, 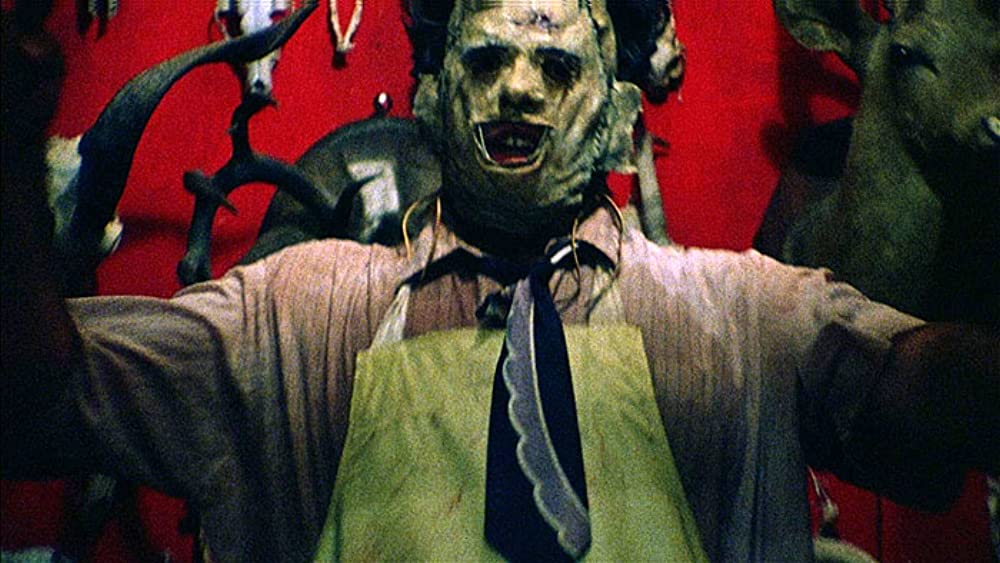 Screenplay by Hooper and Kim Henkel

Made in Texas? Yes. Filmed in Round Rock and Palestine.

Worth seeing? Better question is, how have you not seen this landmark of horror already (unless you're in one of the countries where it was banned)? 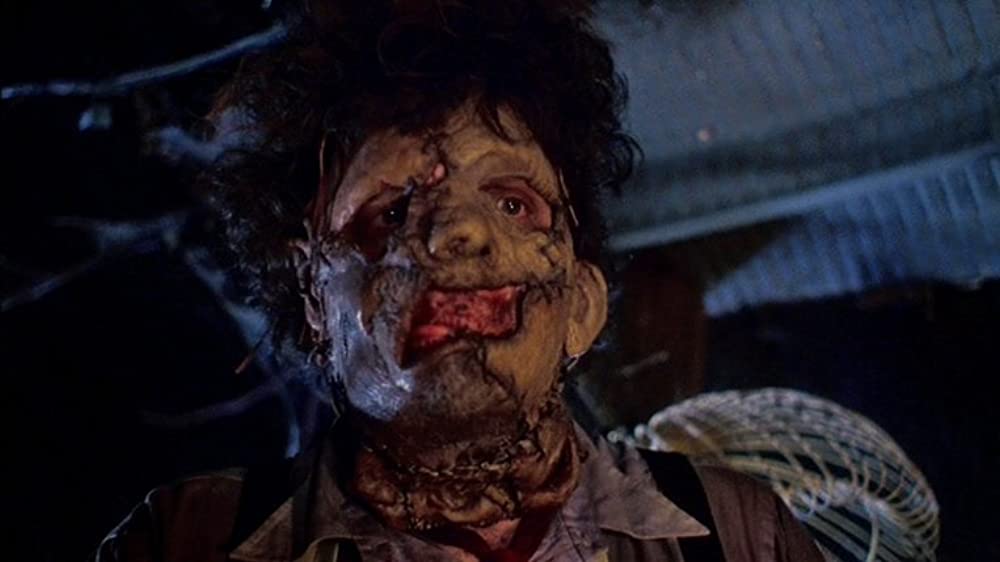 Made in Texas? Yes. Filmed in Austin and Prairie Dell. 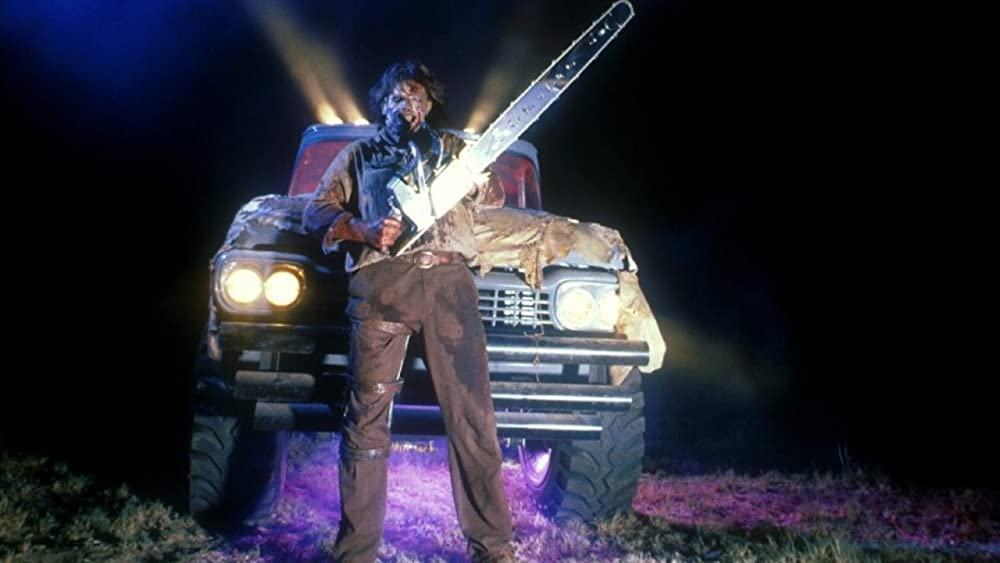 Made in Texas? No. Burr wanted to film on 16mm in Texas, but set construction had already begun in Valencia, Calif.

Worth seeing? Generally seen as the film that turned Leatherface into a generic slasher, only bother with the original X-rated cut, not the less coherent theatrical version, and even then only for a young Viggo Mortensen, and stunt god Kane Hodder briefly under the mask as a double for Mihailoff. 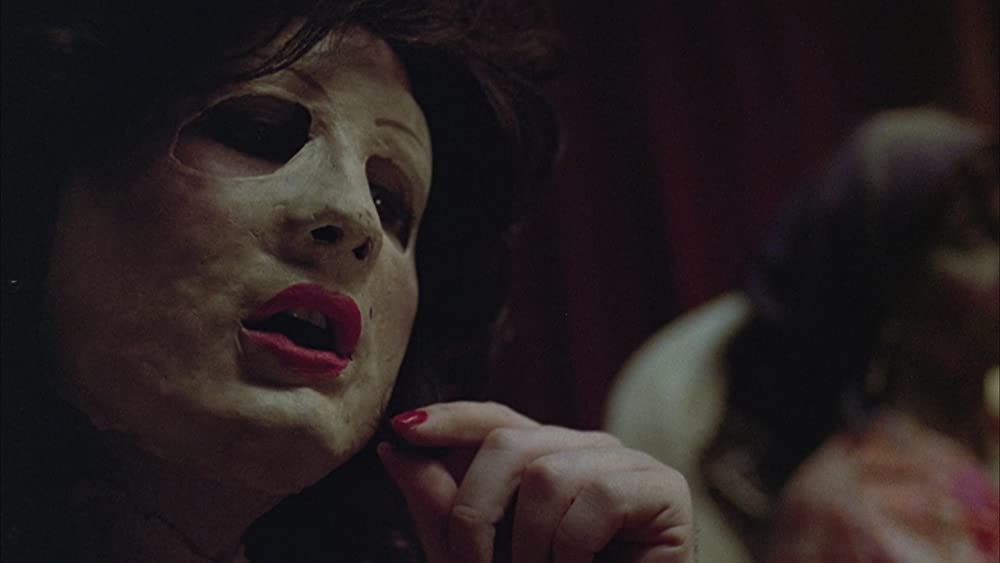 Made in Texas? Yes. Pflugerville and Bastrop.

Worth seeing? After III disappointed everyone, Henkel took over the franchise for its weirdest entry that somehow became about billionaires and conspiracy theories. A point of embarrassment for years to rising young actors Renée Zellwegger and Matthew McConaughey. 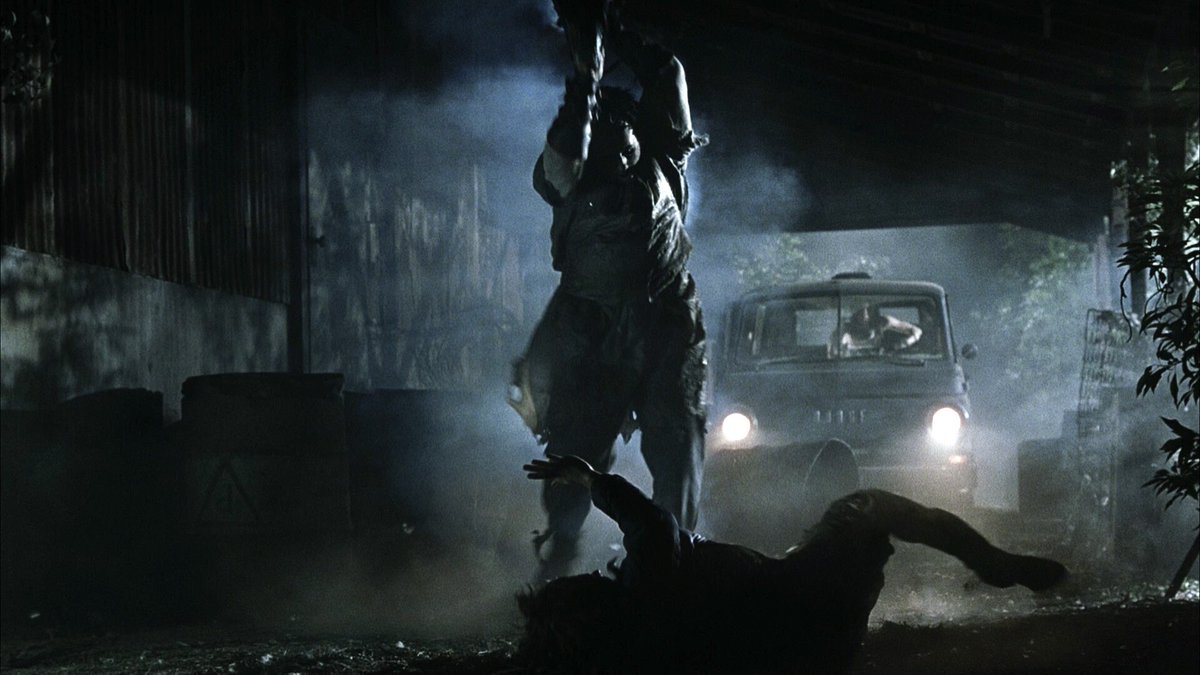 Made in Texas? Yes. Nispel wanted to shoot in LA, but producer Michael Bay had such a good experience filming in Texas on earlier projects that he moved it here (Nispel must have agreed, because he made his 2009 Friday the 13th reboot here). Location shoots in Granger, Manor, and Taylor, plus scenes were shot at Austin Studios.

Worth seeing? Arguably the best of the mid-2000s slasher reboots, worth your time if you're looking for a glossy gorefest.

The Texas Chainsaw Massacre: The Beginning (2006) 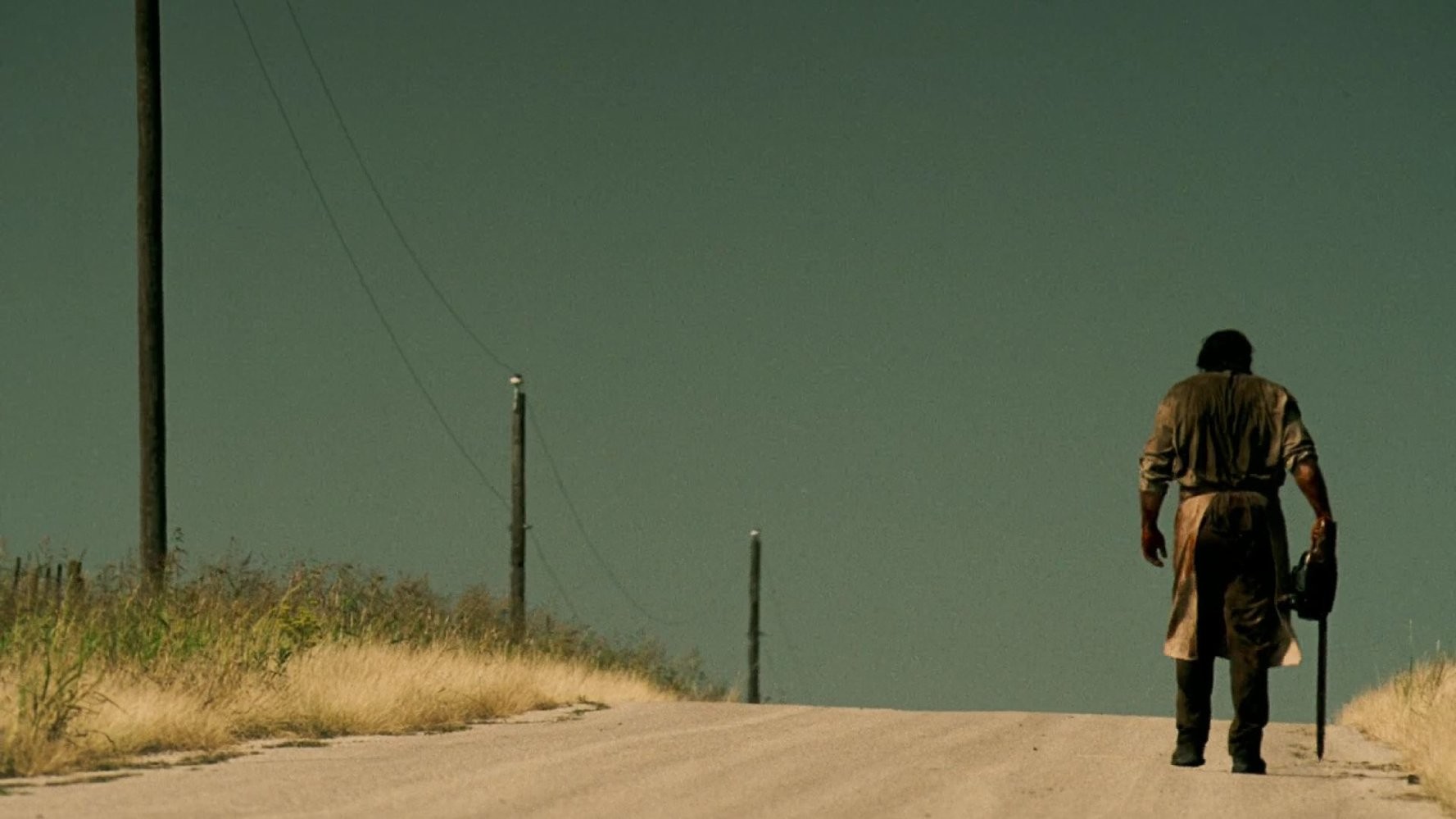 Worth seeing? If a mean-spirited origin story for a killer is your jam, then yes.

Made in Texas? No. Louisiana.

Sequel? Yes, to the original 1974 version, ignoring 2, III, and The Next Generation.

Worth seeing? Bad 3D, lazy scares, and a misguided attempt to make Leatherface an antihero? Hard no. 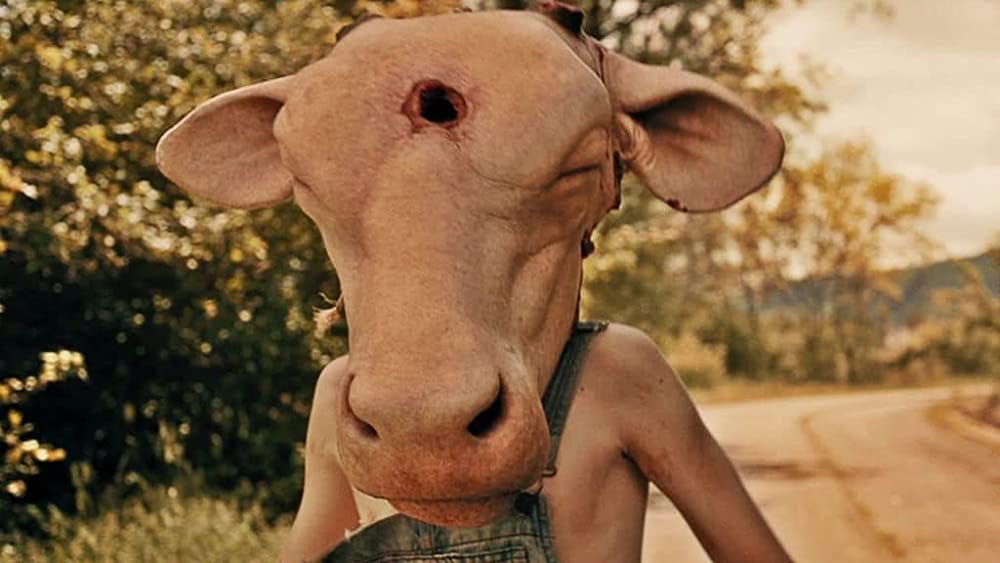 Made in Texas? No. Bulgaria.

Sequel? No, prequel to the 1974 original and 3D but with nods to characters in 2, which 3D ignored. 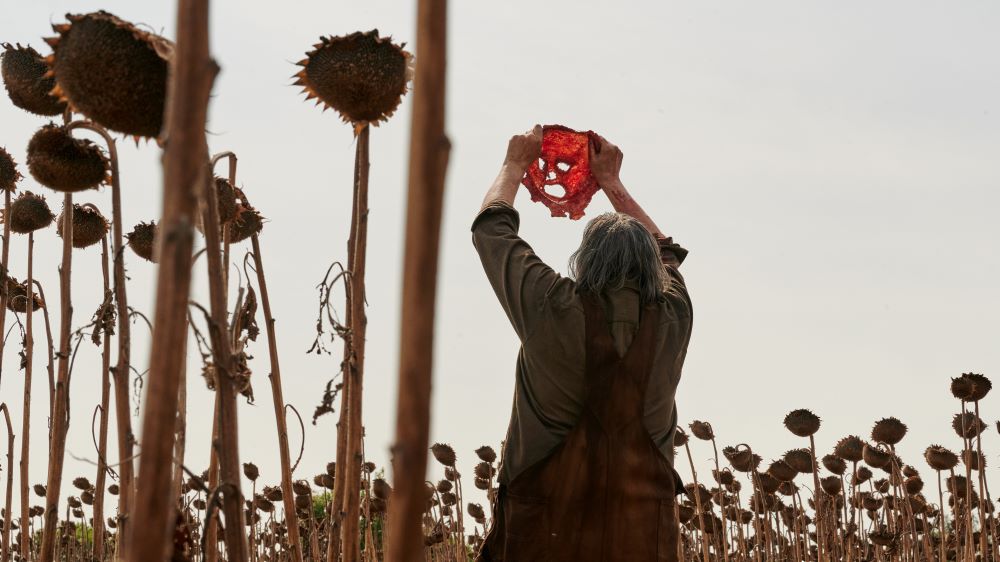 Made in Texas? No, back to Bulgaria.

Worth seeing? Find out when it arrives on Netflix, Feb. 18.

Even though the rights have been passed around over the years (from Tobe Hooper to the Cannon Group to New Line to Columbia to Platinum Dunes to Lionsgate and now Netflix), there are still some films out there that are part of the Texas Chainsaw mythology, even if they're not official. 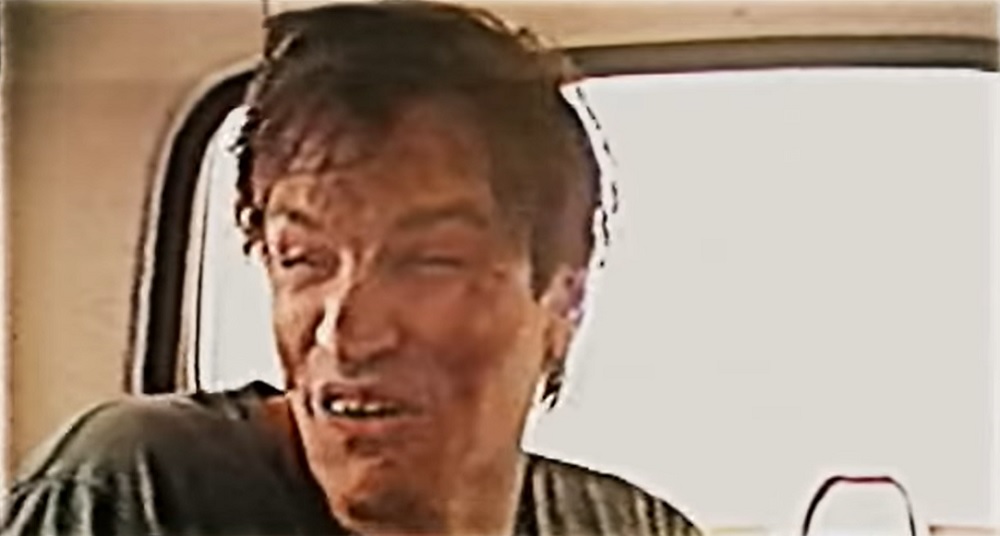 Made in Texas? No. Filmed in Staten Island

So how is it related? Moseley made a five-minute spoof of the original, with him playing a comedy version of Edwin Neal's deranged hitchhiker. Hooper loved it so much he cast Moseley as Chop Top in TCM2. 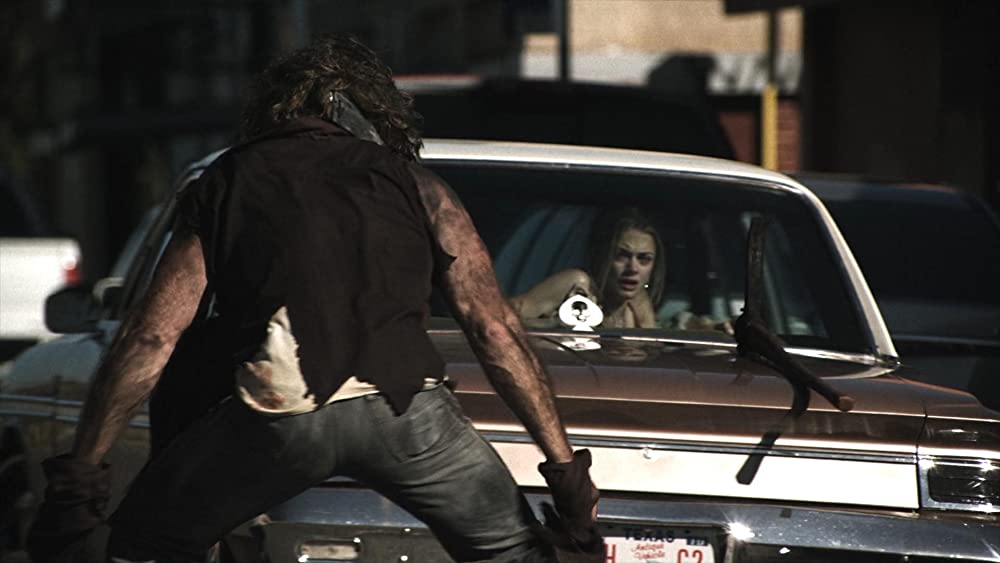 Made in Texas? Yes. Austin and San Antonio.

So how is related? Kim Henkel writing a cannibal movie, loosely adapted from Jonathan Swift's "A Modest Proposal," in rural Texas? Hard not to see the connection. 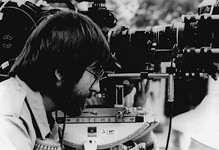