Todd Haynes Melds Sound and Vision in The Velvet Underground 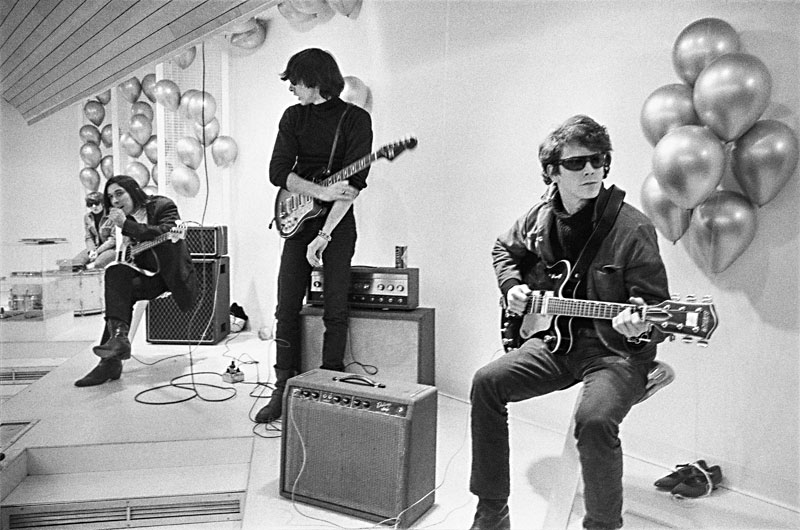 It's not that the Velvet Underground were an influential band, though they were.

And it's not that the New York act was, according to some and given their relative lack of popularity among the general population, a profoundly overrated band. This might also be true.

It's that for some people, the Velvet Underground are in that rarest of categories: The Band Making Music You Have Been Waiting Your Entire Life to Hear.

To look at Haynes' earlier music movies is to contemplate the inevitability of this movie, given Haynes' fascination with David Bowie. Velvet Goldmine, his meditation on glam rock, is based around a Bowie analog whose muse is mostly Iggy Pop with a few Lou Reed quotes in there. I'm Not There is essentially Six Ways of Looking at Bob Dylan, a key Bowie influence. And who was Bowie's other key influence (who wasn't Anthony Newley)? Lou Reed and the Velvet Underground.

But Haynes almost bristles at the suggestion that he would make a Velvet Goldmine about the Velvets. "I never for a second considered doing a dramatic fiction film about the Velvet Underground," Haynes retorted, as if to say, "Come on, doofus, that band's a sacred text right there."

Haynes said his longtime producer, Killer Films' Christine Vachon, was contacted by Universal Music Group around the time that Lou Reed's widow, the musician and performance artist Laurie Anderson, was moving Reed's archive in the New York Public Library. It seemed the right time for a Velvets doc.

Haynes absolutely wanted to do it but he knew that with a few tiny exceptions, most of the known footage of the Velvets in full skronk (or even sitting around goofing off) was in the work of one man. "It's almost all in the cinema of Andy Warhol," Haynes said. "We found a few small things later but almost all of it is in Warhol films – which is enough."

Through his sponsorship of the band, Warhol and his people filmed everything from live sets to his legendary "screen tests" – films of the subject simply sitting there, being filmed from the neck up. "Simply watching a screen test in its entirety, which I'd never done before, blew me away."

“Just get directly into the music, and what that world looked like.”–Todd Haynes

Haynes said it dawned on him that the Velvets had this "unique relationships to all of these other experimental filmmakers who were working at the same time. ... Jack Smith, Barbara Rubin, Marie Menken, all part of this network of collaborative artists who are all living and breathing the same air in New York at the time. It's a relationship completely unlike any other band that I know of."

Using this special link between sound and vision, Haynes chose to make his documentary something immersive, almost collagelike. Sure, there are talking heads (band members John Cale and Moe Tucker, composer LaMonte Young, scenester and manager Danny Fields, Lou's sister Merrill Reed Weiner), but there's a lot more archival footage, cool graphics, and avant-garde film clips blended into something as "you are there" as possible. "Let's dispense with 'how meaningful they are to the history of rock & roll.' Just get directly into the music, and what that world looked like."

One of the biggest surprises for Haynes was the relationship between the band and a young Boston kid named Jonathan Richman. The Modern Lovers founder was easily one of the band's biggest fans (and easily the movie's most entertaining talking head). "I never knew how incredibly sweet the band was to him," Haynes said. "That is something you really don't imagine the Velvet Underground being." Um, no.

Haynes was also impressed by the way their music stayed fresh after being picked apart. "When it's music you know really well, it's all synthesized, it's all one thing, as it should be. When you listen closely and get into Cale and Lou's roots, you really can hear the different components of it. But you want to do that so that it deepens the emotional connection to the music, and doesn't destroy it."

A version of this article appeared in print on October 15, 2021 with the headline: Chic Mystique

The Most Memorable Moments of Levitation’s Thursday and Friday
King Gizzard, Godspeed You!, and more lengthy band names