Then: "The plan is to get a plan."
Now: "No restaurants, no bars. If you were seen out, you were considered fired.

Yvonne Boudeaux on the set of Yellowstone

Paramount Network's drama series Yellowstone was one of the first productions to come back, in July 2020. They were under a time crunch – season 3 had premiered in June, and they had to do some reshoots for one of the last episodes. Yvonne Boudreaux, who was working as the show's art director, saw the massive coordination efforts. "Because there are so many different unions – there's art direction union, camera union, actor/director union ... [Paramount] had a lot of people they had to get approvals from to begin shooting."

The reshoots were also a trial run for the possibility of filming season 4 of the show right after that. The reshoots "went really well – we followed all the protocols, everybody was cool, we did massive quarantine." Between getting a negative test before leaving for Montana, quarantining for a few days, taking another test, and waiting for those results, Boudreaux said it was a two-week turnaround before the cast and crew could show up to work. Once on set, the hair and makeup and wardrobe departments had to wear suits and everyone stood very far away from each other. "Our situation was extremely strict," Boudreaux said. "We were not allowed to go anywhere. No restaurants, no bars. If you were seen out, you were considered fired – Montana wasn't exactly closed."

Luckily, Boudreaux got to bring her husband and daughter along with her. "It was an amazing time when those two could travel and be remote because they just wanted to get out of the Austin heat," Boudreaux said. She received an email in May 2020 with Paramount throwing the idea around to resume filming in June. That's all Boudreaux needed to pack her family in a day and get in their camper and on the road to start the trip to Montana. "We needed a change of scenery because we were stuck in our home for so many months, and we made the best out of the situation."

Unsurprisingly, the start date would get pushed back every week, so Boudreaux and her family ended up spending a month in her husband's family's house (conveniently halfway up to Montana) and road tripping. "We got to go to Moab, we went on these amazing hikes in Colorado, we had a really lovely time."

Production on the reshoots finally resumed in July, and season 4 started filming in August, and the on-set experience has evolved. "Last year was very isolated. You go to work, you go home, and no touching. This year, in the reshoots, we all hugged when we saw each other."

Boudreaux realized back in May that the industry is back, in a way ("Toronto's got like 38 productions going on right now!"). "I got offers for five [projects] all in the same week," Boudreaux said. "The pace is insane. It definitely picked up – I turned down so much work." Season 4 of Yellowstone wrapped at Thanksgiving, and after taking time off in December, she joined Freeform's Cruel Summer. Now she's in Ft. Worth, working on the Yellowstone prequel, Y: 1883. "I feel like everybody is so happy to be working and so grateful. In the film industry, everybody wants to be doing what they're doing so bad that we don't mind wearing the masks. The social distancing is fine. The film industry is now just being super conscious." 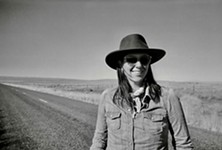 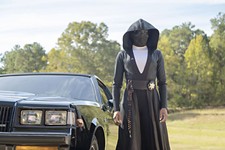