Then: "We have more pitches and more interest than we ever have had."
Now: "We're on the verge of a social experiment of going back into the office." 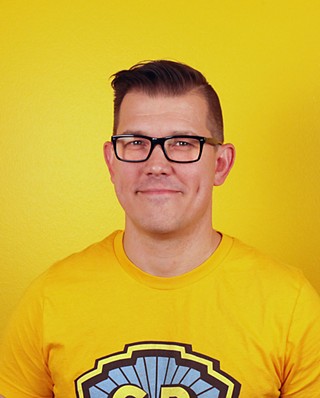 It was just one of those occasional trips to the office. Brad Graeber, co-founder and CEO of Austin-based Powerhouse Animation, was dropping some cardboard off when he stepped into what is normally a quietly bubbling studio. "The monitors are on and the mouse is moving across the screen, but the rest of it is like Chernobyl. It's the same way we left it."

But after 16 months of working from home, the office will soon see regular activity again. Graeber and the rest of the management team recently undertook a survey of the staff, and found that 75% of employees were interested in coming back three days a week or more. Graeber said, "They miss the camaraderie, they miss the culture, they miss the creative osmosis."

Workflow, he said, "has changed pretty significantly. We've done a lot more in the cloud, and we've had to buckle down on security, but communication has changed a bunch. A lot is done in chat, and there's a lot of sending files." A year ago, no one knew if any of this was manageable, "but we've done it," said Graeber.

Not only have they done it, but 2020 was actually the studio's most successful year to date. Powerhouse has become, well, a true animation powerhouse due to its relationship with Netflix, solidified by a new first-look deal between the two. Season four of the streamer's smash hit video game adaptation Castlevania was released this year. It broke with received wisdom about multiseason shows by actually picking up momentum and viewers across its run – so much so that Netflix announced a spinoff, set during the French Revolution. While Powerhouse is developing that, they're also working on season 2 of Greek mythological tale Blood of Zeus, and the team will also be handling the newly announced Kong spinoff, Skull Island. The sheer number of projects on the slate means another round of hiring, with the expectation of 40 to 50 additional employees by the end of the year.

However, the biggest project so far is He-Man and the Masters of the Universe: Revelation, the revamp of the 1980s animated series written by longtime friend of the studio Kevin Smith. Graeber admitted that he thought the Castlevania fanbase was devoted, but He-Man is sat on 40 years of dedicated collectors and childhood memories. "Just the number of Facebook groups that are just He-Man groups," said Graeber. All of that is amplified by Smith's massive following. "His social media presence is just massive. He barely mentions anything and it blows up."

Graeber's already told the team to brace for a massive response, but there's also the more immediate challenge of moving away from work at home. However, he said he is very aware that it can't just be about bringing everyone back to their desks, and it will be a gradual process over months. "We're on the verge of a social experiment of going back into the office," he said. "We're going to have to get used to people's presence and distractions." Moreover, there are lessons to be learned. Not everyone wants to come back full-time, and they have proved they can do the job remotely. Moreover, remote working has allowed them to hire artists outside of Austin, opening up a new talent pool. Graeber reclaimed time previously spent on the road traveling to pitch meetings, replaced with online meetings. That's allowed him to be more engaged with projects in his role as producer. Yet the hybrid approach means designing a whole new production pipeline. "Trying to figure out the communication, that will be the biggest hurdle."– R.W.

A version of this article appeared in print on July 9, 2021 with the headline: Brad Graeber, Powerhouse Animation