For its online season 10 the fest does what it does best, virtually 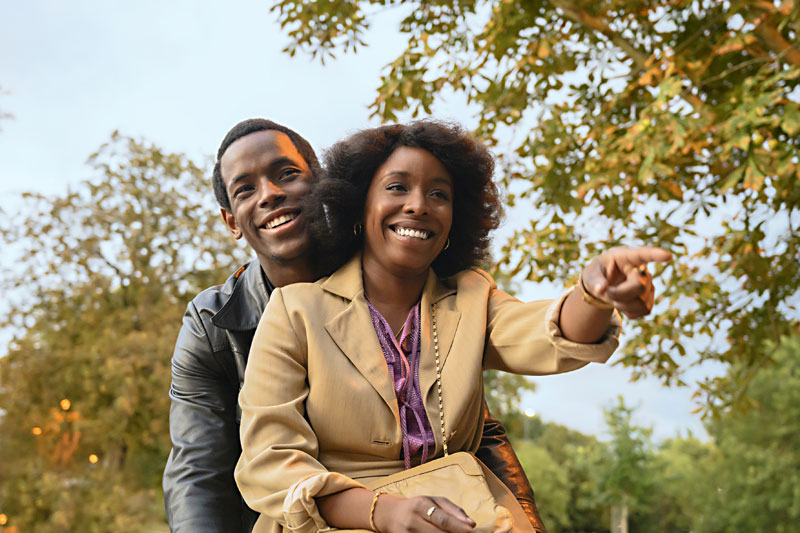 Small Axe, one of the shows featured at this year's ATX Television Festival (by Parisa Taghizedeh / Amazon Prime Video)

After abruptly converting its planned in-person season 9 to the digital ATX TV ... From the Couch, co-founders Emily Gipson and Caitlin McFarland were prepared for a small-screen season 10, running June 11-20: now with enough time to craft 10 days of virtual programming with guests they've been looking to nab for years. This year's roster includes previously unattainable booked-and-busy actors like the cast of HBO's groundbreaking prison drama Oz for a reunion and the cast of the emotionally merciless Canadian teen drama, Degrassi: The Next Generation. "Who wants to come to Austin, but for whatever reason hasn't? Let's invite them," McFarland explained. "And then, we tell them over Zoom when we meet them that we're bringing them to Austin in 2022."

“The pitch of the first festival is what it still is today. ... The thing that’s evolved is TV.” – ATX Television Festival co-founder Caitlin McFarland

As the post-pandemic door slowly creeps open in 2021, the last thing people want to do, understandably, is stare at their screens for four days straight. To account for this state of limbo, Gipson had the "maybe brilliant, maybe terrible" idea to expand season 10 beyond its typical four days: 10 days for 10 seasons. But for Gipson and McFarland the programming has been spread far beyond that. "We're actually in the middle of a monthlong festival," McFarland joked. They've spent the last few weeks pre-recording certain panels, and the pair were giddy talking about the conversations they've already tuned in on, including ATX Award in Television eXcellence recipient Michael J. Fox's conversation with Denis Leary, and a closing night livestream and panel with the cast and creator of HBO's upcoming social satire The White Lotus. The latter marks a return to live programming, something they couldn't do last year due to time and technology constraints. This year's festival features live-only events, daily viewing windows, and a "watch anytime" library. "There's kind of three ways to watch programming, and some of it is that one-time-only nature of it all, because that's a festival," McFarland said. "If you didn't get in that theatre, you missed it."

In nine years, 10 seasons, and one pandemic, Gipson and McFarland rolled with the punches, careful to maintain the fest's casual community, and this year's no exception. "Obviously, our perspective has shifted so much in the last two seasons, just because we've physically had to shift so much," McFarland said. "But I think the thing I'm actually really proud of is: The pitch of the first festival is what it still is today through virtual." With programming like season 10 guest Steve McQueen's format-busting episodic Small Axe films, "The thing that's evolved is TV."

Last year's virtual experiment did open up new avenues for community-building beyond the June event with the ATX TV Membership Program. However, McFarland said, while the conversations and online events are year-round, "the festival is the Mecca,"

While the state of television and real-world catastrophes veer every which way around us, ATX remains where it always has: ready to geek out on the past, present, and future of TV with superfans and industry folk alike, wielding a distinct love for the medium that uplifts the fun of it all. Even online, the organizers are committed to the fest's longstanding summer camp feel. "We wanted it to be more of a gathering time," added Gipson, "where our community and our badge-holders would come together, gather, experience something – even from their own couches – but feel that they were a part of it."