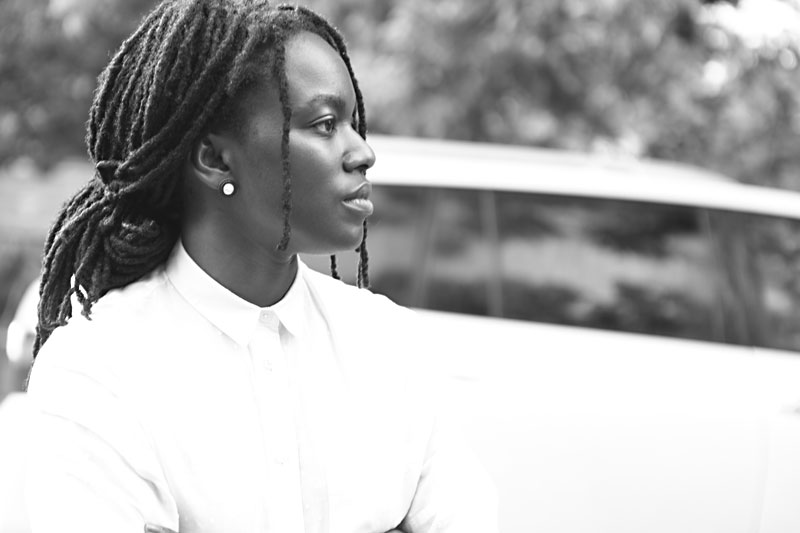 As many of us hold onto our favorite movie theatre memories in hopes that they'll become a safe space again sometime soon, writer/director Shatara Michelle Ford has different moments in mind. "I was always one of, like, two other dark-skinned people. And there were several occasions when I would go see a film and I would be singled out to see if I was a paying customer," they said of their experiences at the Alamo South Lamar. "It happened three times. [The third time that] someone came directly to me, I challenged them, and they're like, 'Oh, no, I'm doing it to everyone!' And I'm like, 'I literally don't see you doing it to anybody else.'"

This type of "racialized faux pas," as Ford puts it, is part of the reason they decided to set their debut feature film, Test Pattern, in Austin. While Ford, who is based in West Philadelphia, has never lived here, they've visited for extended periods of time to see friends, attend South by Southwest, and even consider moving. But it never worked out. "I love the weather. I love the food. I love the energy. But something that I don't enjoy is how I never fully feel comfortable there."

Test Pattern (which will be released on DVD on April 20) is the story of a Black woman named Renesha (Brittany S. Hall) who is drugged and sexually assaulted on a night out, then spends the next day being overshadowed by health care workers and her own white boyfriend as they drive all over the city trying to find a rape kit. The film is a piece of realism, though the screenplay's steady build of anxiety and the intense string score tinge everything with elements of horror, which have resulted in comparisons to Promising Young Woman and other thrillers about sexual violence. When Ford talks about the film, however, it's racial trauma that seems to take the foreground, as much as Test Pattern's dialogue avoids the topic. 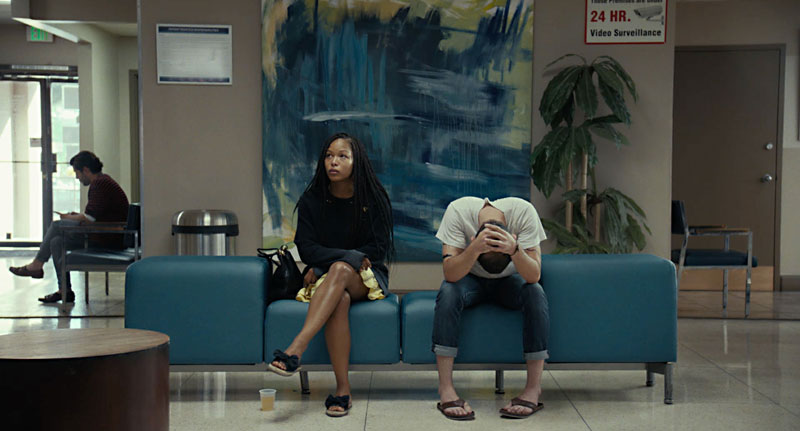 Brittany S. Hall and Will Brill in a scene from Test Pattern (Courtesy of Kino Lorber)

Rape is the word on everyone's lips throughout the film. And while we know what happened to Renesha, we never actually see the assault take place. She wakes up the morning after with almost no memory of it. "I wanted to have a very direct conversation through the structure of the film about what trauma looks like and feels like," Ford said. "I think that the Hollywood version of trauma is voyeuristic and explicit, because it's not actually living with the person. It's instead trying to justify the person's behavior to people who may not have experienced it." Ford describes this as a "chicken and egg" situation – graphic, sensationalized images of rape in the media teach us to expect all sexual trauma to look that way, so when people endure that violence more quietly in real life, they may begin to doubt their own experiences. "I'm also having a conversation with what we define as traumatic. Media has belabored for us what rape looks like. We get it. That is something I don't particularly need to see ever again," Ford said. They were more interested in visualizing the way Renesha's boyfriend Evan (Will Brill) hassles medical professionals and eventually calls the police, despite Renesha's pleas not to. "Renesha has her personal autonomy and boundaries violated. I also recognize that as trauma."

Hospital staffers demonstrate a general lack of urgency in dealing with Renesha's needs, and it completely bewilders Evan, who is more used to getting what he wants. Renesha spends much of the film sitting in silence, unable to communicate to Evan about how normal this is for Black women, and frozen by that feeling. "More often than not, we don't react the way that we think we would when we watch a television show and say, 'Oh my God, if that ever happens to me, I'm gonna' – it just doesn't happen," Ford said. "I've got all these terrible microaggressions that happen to me constantly. In the moment, I absorb it, and I don't really react. A few minutes later, I'm like, 'I know exactly what I want to say,' and it's too late. That's very much an experience for Black women and femmes. We are constantly thinking about other people." 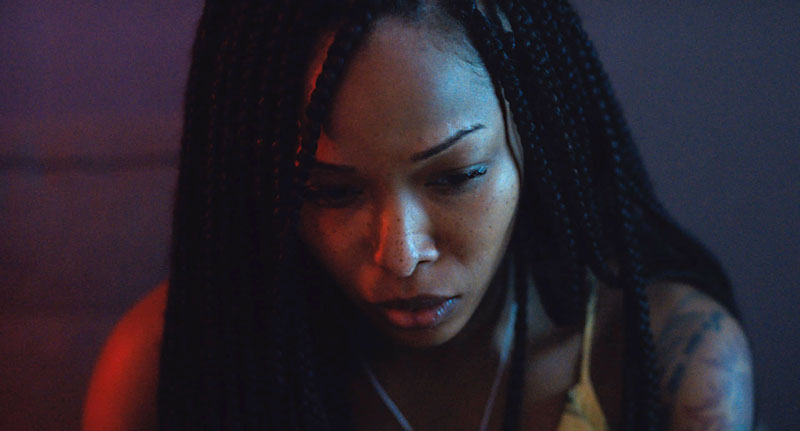 Brittany S. Hall in a scene from Test Pattern (Courtesy of Kino Lorber)

"Being a Black person, queer person, woman, and nonbinary person in America right now doesn't feel very good. It hasn't felt very good for a while," Ford said. Those hard-to-name feelings caused by overlapping forms of oppression are the reason they wrote Test Pattern. But seeing how the film has been received by different audiences has given Ford a new perspective on that pain. "My producer and I put together 20-something test screenings, mixing different demographics together intentionally," they said. "We asked questions like, 'Did [Evan] do the right thing or the wrong thing? Do you think [Renesha] was raped, or was she not?' People would start to argue with each other about what they think actually happened. And some people would get swayed one way or the other, [but] not so often." Usually, Ford said, these conversations grew heated and were left unresolved.

Ford described this as proof of how American culture has "failed to sit with nuance," and they feel that Test Pattern has succeeded if it can reveal that truth to others. "It validates the experience of a survivor and a Black woman, absolutely. But my job isn't about reflecting something that makes you feel good about yourself. It's very much about holding up a mirror and letting you look at yourself while you're feeling incredibly uncomfortable," they said. "For me, the idea is that if there's something that makes you angry, something that makes you uneasy, something that doesn't sit well with you, that's probably the thing that you should look at personally and like work through."

Test Pattern will be released on DVD on April 20. Read our review at austinchronicle.com/screens.