Horror-Drama Jakob's Wife Takes a Look Inside a Tortured Marriage 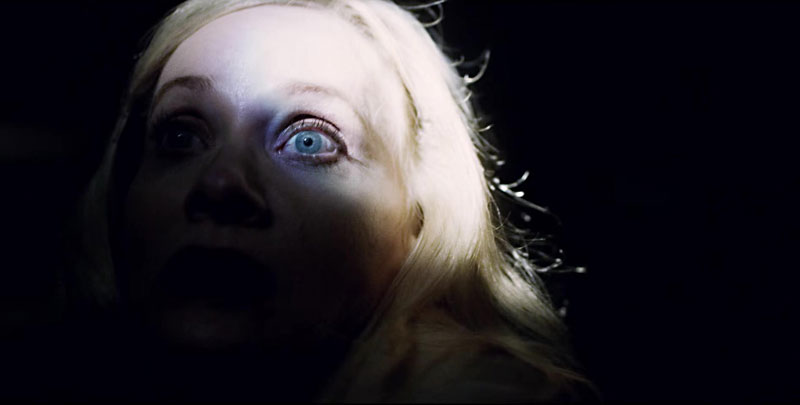 In horror circles, Travis Stevens is best known as the producer of horrors like Starry Eyes and the director of SXSW 2019 chiller Girl on the Third Floor. Yet while his new film, Jakob's Wife, plays as part of this year's SXSW Midnighters, his touchstones were less grisly. "I wanted to do a movie like Alice Doesn't Live Here Anymore, or A Woman Under the Influence, or An Ummarried Woman – those stories about a woman in the second stage of life, battling against a relationship that feels restrictive."

In Jakob's Wife, that stifling bond is between small-town pastor Jakob Fedder (Larry Fessenden) and his wife, Anne (Barbara Crampton). As the title suggests, Anne's identity has become completely subsumed by her role as a spouse, but a strange event upends that confining status quo and opens up new possibilities – for both of them.

Crampton and Fessenden is one of those pairings that seems so obvious that it seems odd in hindsight that it never happened before. They have appeared onscreen together before – in another of Stevens' films as a producer, We Are Still Here – but not as a couple. Having seen them together and separately, Stevens knew they would be perfect as the aging couple, as each carries the tag "genre veteran" with honors. A seemingly tireless actor, director, writer, and producer, Fessenden has been an indie horror fixture since his debut feature, Habit, in 1982. As for Crampton, she is a ubiquitous presence in the scene, starring in three features last year alone. Yet she knows something about second acts. The star of Eighties schlock gems like Re-Animator and From Beyond had actually retired from acting completely in 2007, only to be lured back in front of the camera for 2011's home invasion classic You're Next. Stevens observed, "There was a meta-level for what she was going through in her career as an actor, but also the fact that she wants to move strongly into producing relates to what Anne's transformation in the movie is – not just that she felt constrained, but that she said, 'Hey, I want to do something about it,' is really wonderful, both professionally and for the character. I saw that, and thought it was the perfect movie at the perfect time for her, and [that's] why it was so exciting for me."

Fessenden is in his own second act of sorts. Initially a writer/director, in recent years he has achieved an almost totemic reputation among indie horror directors (there's an old joke that killing Fessenden in your movie brings you good luck), but he's also a generous collaborator behind the camera. Stevens said, "Larry, with what he brings as a filmmaker and his understanding of how to keep people's spirits up, was just insanely helpful."

But it was putting the duo together – in a joust that evoked other great onscreen couples like Ellen Burstyn and Kris Kristofferson, Gena Rowlands and Peter Falk, or Jill Clayburgh and Alan Bates – that reinforced Stevens' casting choice. "The pairing of what Larry brings as an actor, and what Barbara brings as an actor, these are really strong primary colors and it was really nice to paint with each of them."