Turns out he was supposed to be here today 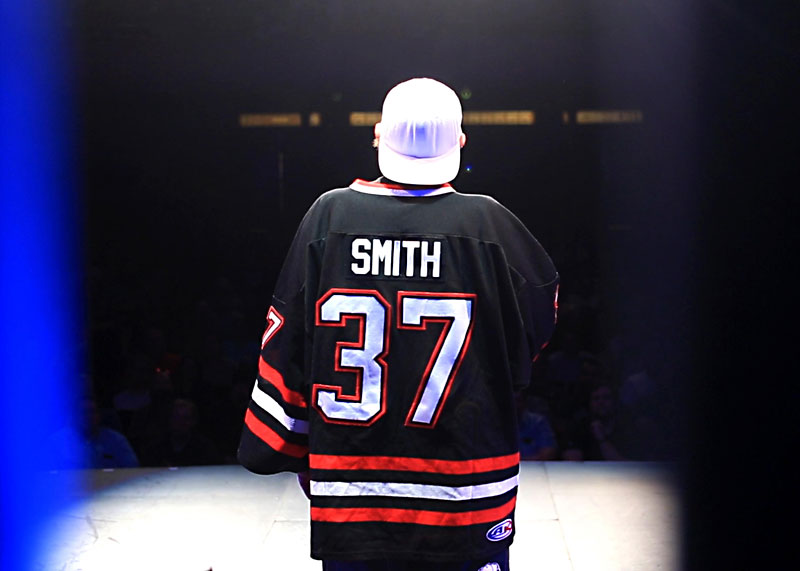 If you see Kevin Smith, odds are he's wearing a hockey jersey. According to filmmaker Malcolm Ingram – whose new documentary about the indie filmmaker, Clerk, debuts at this year's SXSW – that's no surprise. After all, Smith's favorite quote comes from Wayne Gretzky: "Watch where the puck is going, not where it's been." Ingram said, "He has this very interesting kind of lightning rod for zeitgeist."

The film chronicles Smith's evolution from low-budget indie auteur with 1994's Clerks to podcasting superstar. In his 25-year career, he has always seemed a few years ahead of the curve – obsessing over comics before they were cool, pioneering internet fan communities, and turning his film universe into a lifestyle brand. The documentary doesn't shy away from more complicated career moments like the critical failure of his sophomore film, Mallrats, or Smith's daily marijuana habit, but it's an overall loving portrayal of one of the most cultishly revered figures in film today.

Ingram stressed that he doesn't consider this a fan film, but with Smith's dedicated following, it's impossible not to include a level of fan service. It's a movie by and for Kevin Smith nerds, who'll likely relish every moment. "People are incredibly moved by this person, he means a lot to a lot of people. I've seen more people than you'd expect cry in that man's presence."

As for the film's loving tone, it isn't surprising given Ingram's long relationship with Smith. The pair first met on the festival circuit in the mid-Nineties while Ingram worked as an editor at Film Threat magazine. Smith went on to executive produce two of Ingram's documentaries, Small Town Gay Bar (2006) and Bear Nation (2010). The ethical and personal complications of documenting such a close friend weren't lost on Ingram. "It's all the pressure in the world. There's so many different levels to it," he said. "We fought. This wasn't all peaches and cream, making this documentary. And it couldn't be. I have this incredibly in-depth relationship with this person, but also I have to maintain authenticity as a documentarian. So ... it's complicated."

The film revolves largely around retrospective musings from Smith, cropped down from 10 hours of interviews. Familar faces like comic legend Stan Lee (in his final interview before his death) and SXSW Director of Film Janet Pierson show up to speak to his cultural influence – as do faces that he has made familiar, from his "hetero life mate" Jason "Jay" Mewes to his daughter Harley Quinn Smith, who adds an element of levity. They all contribute to the film as a celebration of how Smith's iconoclastic character has transcended film and branched out into other realms.