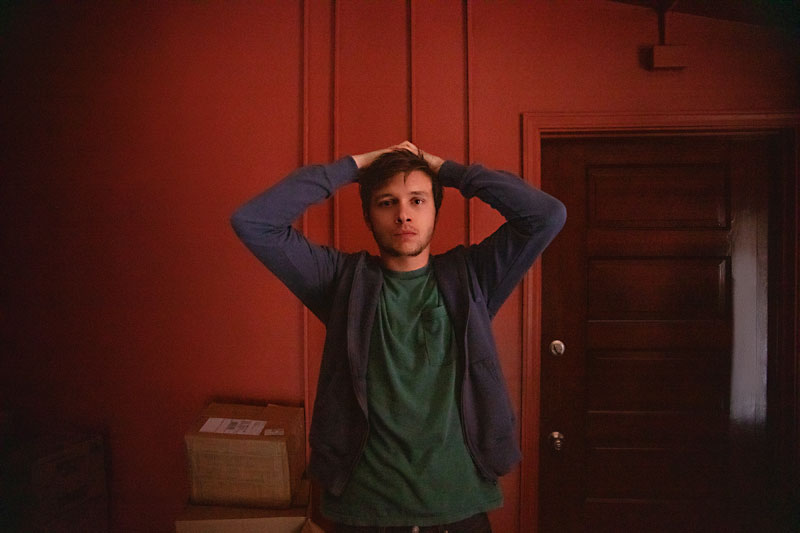 It was the arrest that changed how people looked at the internet. On Oct. 1, 2013, 29-year-old Austin native Ross Ulbricht was arrested by the FBI in the Glen Park branch of the San Francisco Library for the contents of his laptop. What was on there was the key to a massive criminal endeavor known as the Silk Road: a secretive black market for drugs, guns, whatever, paid for with Bitcoin and shipped using the regular postal service. Ulbricht was the mastermind, operating under the screen name Dread Pirate Roberts.

It was immediately a hot story (hit men? Cybercrime? Smuggling? The Princess Bride references? What was not there for headline writers to love?), and filmmaker Tiller Russell was as engrossed as anyone. At the time, he was working on a crime documentary. "I remember opening the paper and reading the top line coverage of it, and thinking, viscerally, 'Oh, there's an amazing story there. That's a movie.'"

Russell started obsessively following the case and, as more evidence came out, the more complicated the competing popular images of Ulbricht became. There was the popular smart guy with a couple of failed businesses behind him and a can-do attitude; the libertarian dude-bro who would waffle on and on, in person and in forums, about Austrian economics and personal freedom; and the convicted criminal now serving two life sentences plus 40 years with no chance of parole, who sold out his supposed principles for a stack of cash, and was implicated in five murder-for-hire charges. Then in February 2014, Rolling Stone published "Dead End of Silk Road," an extensive article by journalist David Kushner, that Russell called "this profile of Ross as a human being, rather than as the boogeyman."

That article has become Russell's "trampoline" for his new true-crime drama Silk Road, much of it shot on location in Austin. However, Kushner's article was only half the story. Russell said, "Nobody knew about the corrupt law enforcement officers, and the fake murders." That was Russell's area of expertise. In 2014, he was working on The Seven Five, his documentary about corruption and drug dealing in the New York City Police Department in the 1980s: Later, he would direct SXSW 2018 documentary Operation Odessa, about how the Colombian cartel tried to buy a Russian submarine to smuggle cocaine. "I was pretty well sourced with folks at the DEA and the U.S. Attorney's office, and they tipped me, 'Hey, there's this whole other amazing piece of the story, along with the Ross piece, that you should be aware of.'"

Darrell Britt-Gibson (l) and Jason Clarke in Silk Road
“I was pretty well sourced with folks at the DEA and the U.S. Attorney’s office, and they tipped me, ‘Hey, there’s this whole other amazing piece of the story.” – Tiller Russell, director of Silk Road

So Silk Road is the story of two lives of crime, both carried by hubris. On one side, Nick Robinson (FX's A Teacher) plays Ulbricht during his shadowy rise and very public fall; on the other, Jason Clarke (Mudbound) plays disgraced DEA Agent Rick Bowden (an amalgam of former DEA Special Agent Carl Force and U.S. Secret Service Special Agent Shaun Bridges, both now in prison), a member of the Federal Silk Road task force who goes from taking investigative shortcuts to making money off Silk Road himself. There are no heroes here: instead, Russell said, "It's a cautionary tale."

It's also a period piece, about a particular pivotal moment in internet history. "But for this story," Russell said, "none of us would have heard of Bitcoin." He relied heavily on tech consultants from the DEA, wrangled period-specific phones and computer hardware (a lot has changed in eight years) that actually still worked, and even called on an expert on the dark web in the early years of the last decade, "who was really able to finely tune that stuff so it was accessible to an audience, but also as authentic as it could be."

Yet the biggest quest for accuracy lay in answering the first question: Who, exactly, was Ulbricht? Russell worked closely with Kushner on the adaptation but also reached out to people like his ex-girlfriend, Julia Vie (played in Silk Road by Alexandra Shipp) to get an insight into his mind. With this, the portrait of Ulbricht became even more contradictory and complicated. "There's Ross the boy scout, Ross the lover, and there was the version from the breadcrumbs that he had left in his trail. The posts that he had left as the Dread Pirate Roberts, his diary entries, which were on the laptop that was confiscated after he was arrested. There were the chat logs that were entered into the evidentiary records." Russell eventually folded extracts from his writing into the script as narration by Robinson, which the director called "an opportunity to excavate his voice."

Those official records and personal reminiscences were all he had to go on. He did reach out to Ulbricht during the trial, sending him a letter when he was in New York's Metropolitan Correctional Center, "but he knew that his attorneys would never let me have access to him because he had not yet gone through the court system and the appeals process." Now those avenues have all been exhausted, and the most recent Hail Mary hope from his supporters – a last-minute pardon from the departing president – fell short. That's when Russell found himself looking up Ulbricht's current status on the Federal Bureau of Prisons website, and noticed what it said under his release date: life. "To this day, I often think, 'here's this guy who's 10 years younger than me, we're both Texas guys, and here he is, staring down the barrel of a double life plus 40 without the possibility of parole. It's a bracing thought."

That website entry inspired him to open the door for a conversation, even though Silk Road will be released this week. "I sat down and I wrote him a letter. I said, 'I made this movie, and this is my portrait and my version of you, but if you'd like to sit down with me, eye to eye, man to man, person to person, I'd love to have the opportunity to do so.' So we'll see if he writes me back. If he did, I'd go in a minute."