Time for a Sundance at Austin Film Society 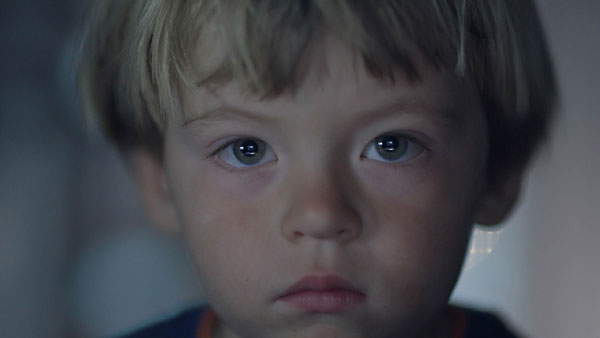 Every year, at the end of January, it seems like Austin's film scene packs its collective bags and heads to Utah for the Sundance Film Festival. This year, as the pandemic rolls on, Sundance is coming to Austin with a special series of screenings and panels presented by the festival and Austin Film Society. "It all started last summer," said Holly Herrick, AFS head of film & creative media, "when they reached out to us and said, 'Look, we're trying to reimagine the festival.'"

There's a lot of history between AFS and Sundance, far beyond the annual trip many of the staff take to the mountains for a first glimpse of the new crop of American and global indie cinema. The two organizations have been collaborating for years, whether it be showing the festival's short film selections in the AFS Cinema, or helping connect Texas filmmakers with Sundance. "A lot of AFS Fellows have also gone through Sundance Institute Labs," said Herrick. "This year, that collaboration has only gotten closer."

What Herrick saw was more than just an attempt to mount a virtual version of the festival with a few local partners: Instead, that reimagining she mentioned is designed "to exist in a pandemic and also to reflect the world right now." By its very nature Sundance has carried an air of exclusivity – its timing, its location, and the ability for industry and press audiences to see what could be Oscar winners in a small cinema months before anyone else. Yet the confluence of the pandemic and a new national focus on diversity and inclusion have changed the broader cultural discussion around the role of festivals. Herrick said she saw Sundance asking itself a very important question about balancing its vital curatorial role with a new push for accessibility and diversity: "How do you remain this important crossroads and open up avenues?"

That meant embracing the opportunity to go beyond simply streaming films nationally, reaching out to dozens of partner organizations around the U.S. on creating a local, in-person footprint. "We had initially planned to do a really socially distanced version of this at the AFS Cinema, but with the cases rising in December we became uncomfortable with that," said Herrick. Fortunately, at the same time, AFS was experimenting with some drive-in screenings of its own with the Rocket Cinema drive-in theatre at Jourdan-Bachman Pioneer Farms, starting with the recent restoration of Smooth Talk, the 1985 thriller starring Laura Dern. Herrick said, "Drive-ins are an experience and an outing, and an opportunity to see films on the big screen. There's a charm to them that takes you out of the living room experience of watching a movie."

Herrick called the festival's decision to hold these satellite screenings and add a local flavor to the programming "a pretty unique opportunity to screen the Texas films without waiting for them to come here." In fact, three of the four Texas-connected Sundance films will be screening as part of the Austin end of the festival: The Blazing World, which is one of the first features to be shot during the pandemic and was filmed in Dripping Springs; border documentary At the Ready, filmed with the financial assistance of the AFS Grant Program; and technology doc Users, produced by Austin-based Elizabeth Lodge Stepp via her Department of Motion Pictures shingle.

Yet the local connection doesn't stop there. While the outdoor screenings have to be at night, the all-day festival experience continues with a series of panels and conversations, with rising filmmakers like Channing Godfrey Peoples (Sundance and South by Southwest 2020 smash Miss Juneteenth) and the team behind Dallas-made Sundance 2021 pick Jockey rubbing virtual shoulders with Texas film legends like Richard Linklater and Elizabeth Avellán, producer of Sin City, Spy Kids, and also The Blazing World. Herrick said, "Not only is she incredibly inspiring, but she's worked out how to make it work in a pandemic."

It all adds up to a unique opportunity to celebrate Texas film at one of the world's most prestigious festivals without even leaving Texas. Even the location will add to the Lone Star feel of the event. Herrick said, "The field where the screenings will be is right next to a field full of longhorns. So it's the most Texas way to watch a film."