The online version of the fest becomes a celebration of healing 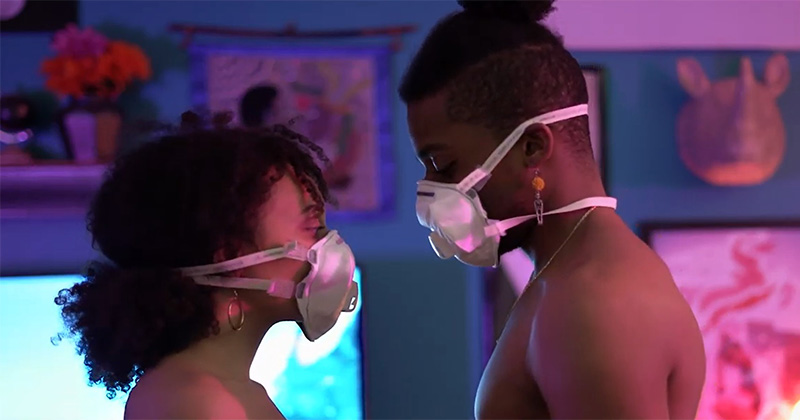 It's been a year of changes for everyone, but the team behind this year's Capital City Black Film Festival have kept to the plan for this weekend's 2020 virtual edition. Executive Director Winston G. Williams explained, "Before the pandemic, before George Floyd, I had made it a personal mission to focus on mental health."

The decision was truly personal. Williams first started going to counseling after he published his autobiography in 2005, but two years ago he realized he was facing new issues. He said, "I was experiencing a measure of success behind the film festival and I knew I couldn't handle it because it was coming so fast." He engaged a counselor to help him work through those issues, and that was pivotal for the continued existence of CCBFF. He said, "I would not have been able to continue this thing in my previous state, but through counseling I have learned that we have access to so much power in ourselves." So not only has he been able to keep the festival going, but he's relaunched his publishing company, re-released his own first book, and is currently working on a second. However, that wasn't all that counseling brought him: "I realized, 'Oh my gosh, how many other people in the arts are dealing with the same thing?'"

Now, he wants to use the festival to highlight mental health issues and the importance of self care and counseling, especially in the Black and creative communities.

It would have been easy for the pandemic to throw those plans off. When the disease first hit the U.S. in March, and festivals like SXSW canceled, Williams initially contacted CCBFF's sponsors and told them he planned to cancel, too, but "they went, 'Oh no, everyone is [in the] same position,'" and convinced him to carry on. He particularly credited the City of Austin Cultural Arts Division and the Austin Convention Center: "They allowed us the free range to reinvent ourselves, to pivot."

The coronavirus inevitably impacted the programming, with the addition of titles like "Lockdown Lunch Club" and The Pandemic Chronicles exploring the impact of COVID-19 on Black communities in South Africa and Austin respectively. However, it also opened up opportunities. Williams said that going virtual means more people than ever will be able to attend, even if it's just for one screening, without worrying about travel expenses. The team has even been able to experiment with drive-in screenings, having co-presented basketball documentary Aulcie last month as part of the Austin Jewish Film Festival. Williams said the fest may do more in the future, as well as more virtual events. "We're in a different world," he said. "I call it 'adapting and not becoming fossil fuel.'"

However, the focus on mental health has remained constant. Williams said, "As a Black American, we deal with a lot of issues that others do not," and he explained that he hopes "the festival lends a hand in dismissing the issues around getting counseling." However, while the festival keeps its focus on Black creatives and Black stories, the films deal with universal themes surrounding mental health: "Mr. & Mrs. Ellis" explores the trauma of growing up with abuse; "Finding Elijah" and "Awaken" both deal with suicide; while "They Keep Playing That Song" follows a family dealing with the dementia of one of their elders. "That's another part of mental health," said Williams. "Not only for the person experiencing it, but the people dealing with it."