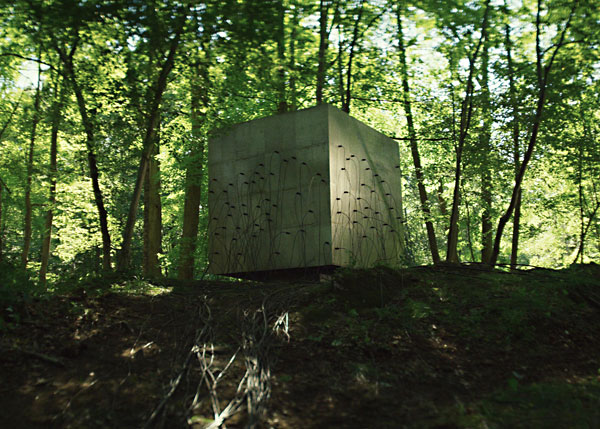 Originally selected for SXSW, Noah Hutton's savage takedown of the high-tech, low-paying gig economy traipses after blue collar schlub Ray (a delightfully grubby Dean Imperial) on his new job laying cable for a new quantum computing system. But his trip through the woods is really an excursion into worker's rights, corporate conspiracy, and our quiet subservience to tech. Fri., Dec. 4, 7:30pm.

Join writer/director David Twohy for a special screening of his creature feature that made Vin Diesel a star, and celebrate as Twohy enters the ranks of Other Worlds' Defender of the Universe honorees. Sat., Dec. 5, 3pm.

Representing the Under Worlds horror sub-strand, Amelia Moses raised chills at Fantastic Fest with her revisionist werewolf drama, Bloodthirsty. Now comes her debut, a vampiric tale of a young woman (Lee Marshall) whose weekend away with friends becomes a struggle for her survival – but is it physical, or purely mental? Fri., Dec. 4, 10pm.

Draft 1 Before Paul Verhoeven took Arnold Schwarzenegger to Mars, there were years of struggle and endless rewrites of Philip K. Dick's mind-erasing short story "We Can Remember It for You Wholesale." Catch a first-time-ever public reading of the first version, as written by Alien creator Dan O'Bannon. Sat., Dec. 5, noon.

Canada's Black Fawn Distribution has taken regular trips to Other Worlds with sinister creations like the monstrous Bite and supernatural crime drama I'll Take Your Dead. Now they're back with a superficially simple story of a man walking into a bar on a snowy night. But nothing is as simple as it seems in this twisted tale, with layers upon layers of sinister intent and unreliable narrators. Tue., Dec. 1, 10pm.

Soundscape Escape to Other Worlds: A Theremin Live Performance

Tune in for new episodes from festival friends like the avowedly unhip I Don't Get It, critic Scott Weinberg and filmmaker/actual scientist Steven DeGennaro on Science vs. Fiction, and Austin-based, multiheaded, all-things-geek enthusiasts One of Us. Plus, don't miss the first episode ever of Other Worlds' own excursion into the aural/digital, Attack of the Robots. Daily, 4:30pm.

Catch all our reviews and previews at austinchronicle.com/screens.