Queens of Pain Shows Commitment to the Sport 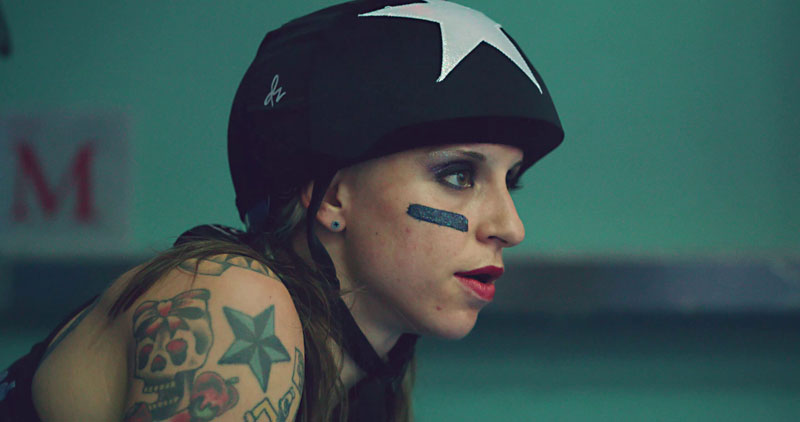 In skating and filmmaking, balance is everything. That's why former rollergirl Cassie Hay asked her non-skating sister, Amy Winston, to be co-director on her new Roller Derby documentary, Queens of Pain, which debuts at this year's Austin Film Festival.

Hay knew film, having already directed Austin Film Festival 2016 favorite The Liberators. Yet the Denson, Texas, native, and former and current Austin resident also knew Roller Derby – and most especially New York's Gotham Girls Roller Derby – from the inside. As Haulin Cass, she'd played for the NYC all-women's sporting league for five years, and it seemed like the perfect second feature. She said, "In the wake of #MeToo, we were looking for a positive story about female communities that lift each other out."

It was actually Winston who suggested going into the GGRD locker room for their film. Hay's track experience and personal relationship with the league ensured insight and access; but Winston, who makes her directorial debut, was an outsider to the sport and would stop the film becoming too much inside baseball (or rather, inside Roller Derby). Winston said, "I haven't skated, and I don't know the derby rules very well, and I don't know the ins and outs, and I think that kept us focused on telling a story that doesn't just appeal to derby insiders."

Plus it helps to have extra hands on any project, and the duo are part of the increasingly common phenomenon, from micro- indies to Marvel behemoths, to have shared directing duties. Winston said, "I know Cassie was saying that she was looking back at [The Liberators] and saying, 'How the hell did I do this by myself?'"

The film is not about explaining Roller Derby but instead builds on a rich back catalog of documentaries on the sport. It all started with Hell on Wheels, the Austin-made history of the birth of modern women's Roller Derby, but there have been dozens since, generally "told from an outside view looking in," said Hay. Too often they followed the same plotline, what Hay called "by day, by night," a wide-eyed version of derby shocked that these badass hard-hitting players are (gasp!) regular people off the track. With Queens of Pain, she added, "We wanted to get away from that, and the idea of the film is what it takes to do what you love. The derby is tangential."

Hay and Winston originally planned to only follow charismatic all-star Suzy Hotrod. She'd been the face of the international sport, even making Sports Illustrated's body issue in 2011 – a moment that, for many, represented the moment that the sports establishment started taking this scrappy, all-amateur, DIY endeavor seriously. However, they expanded to look at three skaters (requiring a title change from Queen of Pain, singular, to its current plural version), all facing particular challenges: Hotrod, a superstar in a sport that still gets shuffled into the arts section; Evilicious, a 14-year veteran balancing the game she loves with new motherhood; and Captain Smack Sparrow, a rookie discovering what derby brings to her life with what it demands. Hay called her story "almost like the blushes of first love, when you're infatuated with it and you're buying the helmet and you go to the skate rink every weekend." Her story contrasts with the two veterans, who have committed years of blood, pain, and joy to Roller Derby. Hay explained, "It really lays bare what it is about it that you really love."