Chaz Bono Is All About That Cult Life in Reboot Camp 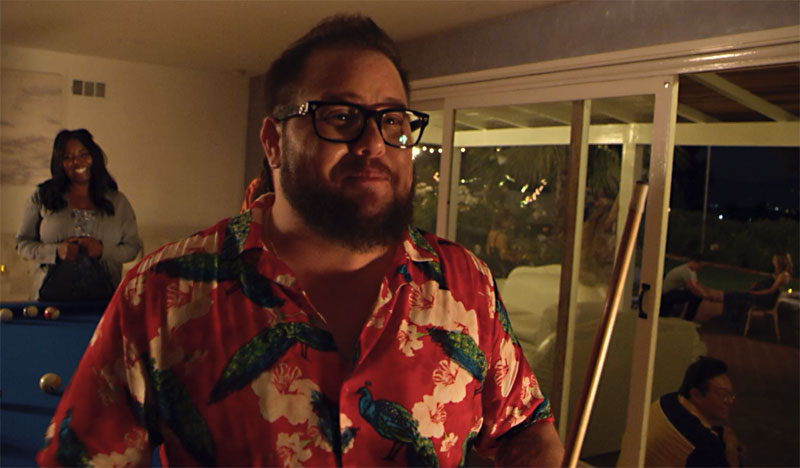 Chaz Bono has a favorite documentary about a cult, but he just can't remember its name.

"I think I have it saved in my Netflix," he told me while flipping through his queue. As he searched, he explained the premise – a documentary about an L.A. cult led by a weird and creepy ex-porn star where most members didn't realize they were in a cult until after the fact. Unfortunately, Bono's Netflix queue doesn't contain the film name – which, according to my research, is the 2016 documentary Holy Hell – but as someone self-described as "fascinated with cults," his persistence is understandable, as is his most recent role in Reboot Camp, a film modeled after all the wild cult documentaries collecting on most streaming services. A mockumentary centered on a director and his brother setting up a fake cult "camp" in order to film their own documentary, Reboot Camp shows just how easily cults can form – but also how hilarious the results can be.

Reboot Camp, which premieres at Austin Film Festival, is a comedic take on the accidental cult premise – something Bono said he was ready to try after doing a dramatic turn in American Horror Story: Cult. His character in AHS (Gary Longstreet) isn't too far off of Reboot's enthusiastic Herbie, as both are eager cult-curious participants. "Herbie just seemed like, in a strange way, an extension of the character that I played in American Horror Story. ... Herbie was kind of silly and didn't, obviously, kill people, but I went into it with that kind of mindset of just getting completely ensnared and moved, just, you know, being so gung-ho in there." When it comes to acting, Bono doesn't see a huge difference in tackling humor and horror: "The key is just being really committed to [the performance] ... because if you're not, it's fake. And if you are, it works."

Going all-in extended to even some of the wilder scenes of Reboot Camp, including being completely covered in plastic wrap. While he said that of all the things he's done, "being wrapped in cellophane is really one of the least of them," he did think that the scene was an important one for his character. "For Herbie it was about rebirth and exciting and fun ... As long as I'm in character, I don't really dissect it outside of that." Overall, the Reboot Camp set – which was filmed at one of Frank Sinatra's old houses – was a positive one, Bono said, with a nice communal atmosphere where most of the cast shared rooms. Filming together brought the cast closer: "It was kind of just a fun setting and a fun way to work. ... We ended up having a good time and laughing a lot."

After being now in two different productions centering on the cult mindset, Bono said even fictional cults have a lot of relevant critique about certain insidious ideologies that dominate much of our real world – especially the one forming around our current White House administration. "We are living through, you know, at least 30 to 35% of Americans who are in essentially a personality cult," he said. "So I don't think that you can look at a cult nowadays and not have it be somewhat reflective of where we are as a country." 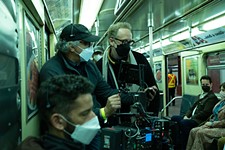 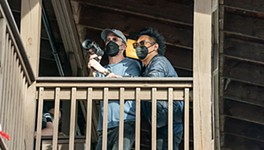