Dale Watson Lights Up the Screen in Yellow Rose

Starring the honky-tonk hero as himself 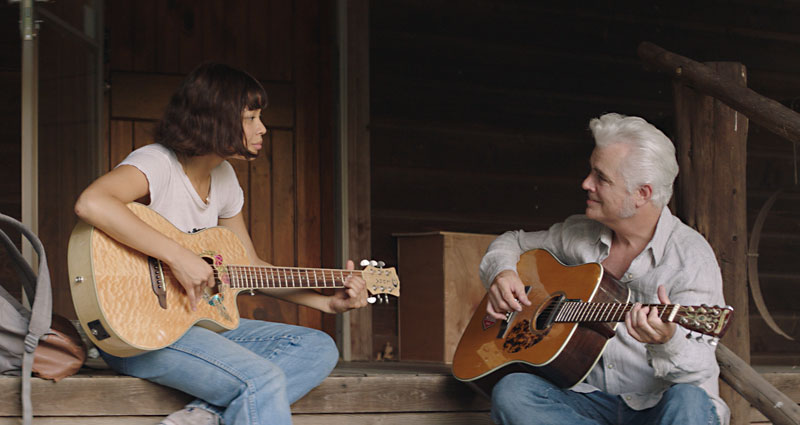 The songwriter's low rumbling drawl, waving quaff of silver hair, tattooed sleeves, and chiseled face have all become distinctive hallmarks of the outsized onstage personality. He's an auger to another time, steeped in a roughened honky-tonk independence upon which he's built his music career and the Ameripolitan genre.

In fact, Watson has cultivated that ingrained authenticity for so long it makes his inhabiting other personalities onscreen a somewhat uncanny experience for fans. The best option may be to simply cast the country singer as a version of himself, as Diane Paragas realized in offering Watson his first starring role with Yellow Rose. In the Austin-made film, Watson plays mentor to Eva Noblezada's young songwriter, Rose.

"The typecasting doesn't bother me," Watson laughed, taking a break from the recording studio in Memphis. "Originally it wasn't going to so much be me, and I was playing a character, but they decided to make it that because, well, the bus already had my name on it. It was easier just to take my character as a real person and they could just mold it. Of course, as far as my personal life, the way I am as a person when I'm not onstage, is not really known, so I was pretty malleable as a character, even playing myself.

"I love acting, and it's something I keep working at," he continued. "It's just something I'm trying to get more into, and the fact that this was more music-oriented, that appealed to me because I was able to write songs for the movie too."

Watson's previous acting confined to brief cameos (Friday Night Lights) and local commercials in Austin before he moved to Memphis in 2018. Yellow Rose may not be far from the mark of Watson's character, but it allowed him to stretch into a role like he's never been able to before. "I don't consider myself a real actor where this is my craft. I'm more of a reactor than an actor," he admitted. "Eva, now she is a true actor, so when you work with people like that it's easier for people like me to just come in and react, because they're so good. So I've learned I'm at my best when I'm able to lean on somebody else being better. That's my big takeaway from this film. And not just the cast, but the entire team – the director, the whole crew that makes it happen, and makes it comfortable enough [to] do the scene.

"It's always a learning process," Watson added. "Every time I get in front of the camera I learn something I didn't know. I think people have enough patience with me."

With the pandemic having shut down touring and his Memphis bar, The Hide-A-Way, Watson looks to pick more acting jobs. This month, he returns to Austin to film a pilot for a television series, where he'd play, unsurprisingly, a hardened honky-tonk musician. "It will probably be something similar, where I may not be really myself, but a guy like me in Austin. It might be a little different in that I think I'm giving bad advice this time," he chuckled.

"Whatever somebody thinks I can do, I'm OK with," he offered. "I'm not actively doing it all the time as far as going out and auditioning for things, but I'm certainly open to it, especially these days when I'm more in Memphis at the bar, and my touring is cut down. I don't think it's going to take over my career, but I'd love to have a regular TV series or something like that that I'm involved in." 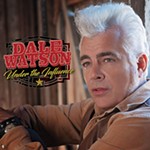