How to Deter a Robber ... Politely 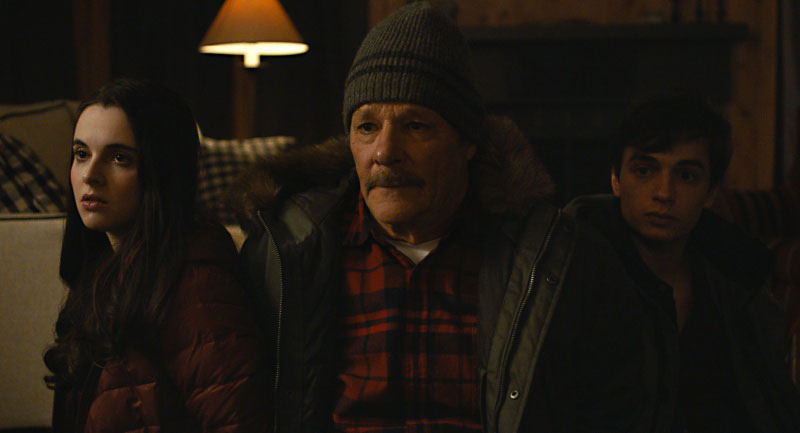 How to Deter a Robber

Edgar Allan Poe, so literary rumor goes, believed "cellar door" was the most perfect phrase in the English language. When writer/director Maria Bissell was drafting her hilarious and weird home invasion flick How to Deter a Robber, the cellar door became one of her favorite parts of the script and the house.

The Midwestern crime comedy, which gets its world premiere this week as part of the streaming Celebration of Fantastic Fest, centers on a character with whom Bissell could readily sympathize: Madison (Vanessa Marano), stuck in a rut with no clear direction to the next step. After working as a production and writing assistant on everything from cool indie flicks to kid-friendly fare for Nickelodeon and the Disney Channel, Bissell wanted to make her own movies but couldn't get traction on projects. She explained, "I'd been waiting for 10 years, and I was getting really sick of waiting for people to give me permission to make something." Finally, her husband (and How to Deter a Robber cinematographer) Stephen Tringali gave her some advice: "He said, 'You should just combine your two favorite films into your own film.'"

She knew exactly what ingredients she wanted to stir into her story of a very unusual burglary: "The Fargo politeness, and also of the silliness of Home Alone, and then make it darker, because I didn't want it to be a kids' movie even though there were kids in it, and it made sense to set it in northern Wisconsin because my mom's from Chicago, and her family's had a cabin up there for a few generations, so I knew the house that we filmed in very well, and I just wrote for the space. It was very convenient that there's a trap door that goes to the basement."

Like many older homes in rural areas, the house had been built onto and grown over the decades, and the trap door actually used to be outside. When the walls moved, it stayed in place, and the outdoor door became the indoor door. "It's not very fancy or efficient, or even perhaps legal any more, but that's how it is."

Of course, just because she knew the house and its twisty corridors and odd architectural decisions, that didn't mean that the crew she gathered to rural Wisconsin would not get lost. "Growing up, it was just, 'This is the house,' and it wasn't until other people started showing up and going, 'This is weird,' that I went, 'Oh, I guess it is.'"

"It's like its own little maze," she added. "I had to draw my editor a map because he went, 'How do all these spaces connect?' I need to make sure I understand this correctly, because there's just a funky way to be walking around it, and into other parts of the house. Old houses just have that funky, charming quirkiness to them, which makes them more fun to film in."

However, they weren't indoors all the time, and shooting the film in Wisconsin in January came with its own particular set of demands. "It was extremely cold," she said. "There were a couple of days where we couldn't let crewmembers go outside and start to work, because if you're outside for 10 minutes your lungs would start to freeze." Even on the days when they could shoot outside, they were contending with incredible cold, and depended on foot and hand warmer packs to make it through the day. "They saved us," she said. "We had multiple packs in multiple layers, and then it was like, 'Well, maybe my feet won't be frozen when I get back.'"

On top of all that, it's a challenge to make snow cinematically interesting, or not get the image blown out by the glow, so Bissell and Tringali studied icebound movies like The Hateful Eight and Scott Pilgrim vs the World, dissecting their cinematography to work out how to get the best out of a glistening, reflective environment. Even then, the snow concealed one last pitfall. "It has a crunchy sound, and that's something you have to deal with, and the sound guy has to cope with."

Speaking of snowy environments, much of the Fargo-esque character humor comes from Madison and her boyfriend, Jimmy (Benjamin Papac) contending with the fact that her Uncle Andy (Chris Mulkey) cannot overcome his instinctual Midwestern desire to be a good host, even as burglars have him tied up. But the Home Alone elements took some real research, as Madison and Jimmy try to boobytrap the house against incursion, without benefitting from the cartoon physics that helped Kevin see off the Wet Bandits. "Fortunately," Bissell said, "the internet is full of information, and someone online had done a calculation of the paint can in Home Alone, the way that it would pick up speed from that height and that weight, it would have at least paralyzed the guys, if not totally killed them and snapped their necks."

She also had another ace up her sleeve from having worked on pratfall-friendly kids shows like Cousins for Life and Austin & Ally. "It was definitely helpful to see some of the more ridiculous moments be executed for the camera," she said. For example, there's a pivotal scene with an out-of-control Roomba, and Bissell had a simple solution that didn't take high-tech trickery. "We did that by tying string to the Roomba, having two people sitting on the floor, and pulling it back and forth. I knew that if I just had everyone clear the frame and get a clean shot without moving the camera, I could just go back in post and cut out what I didn't want."

How to Deter a Robber gets its world premiere as part of the streaming A Celebration of Fantastic Fest, with a moderated Q&A Tuesday, Sept. 29, 5pm. Details at www.fantasticfest.com. 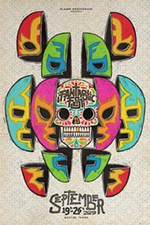