How to Climb a Minnow Mountain 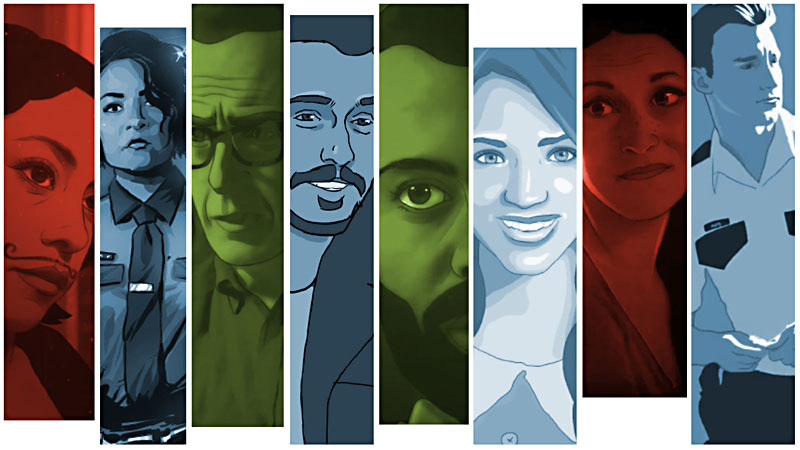 Craig Staggs is good at keeping a secret. Last November, he was in the offices of the animation studio he co-founded, Minnow Mountain, when he mentioned that there was the possibility of a huge project for his tiny firm in the offing. It turns out there were not just one, but three shows in the offing. Not only is the studio bringing its distinctive approach to Rotoscoping – the art of animating over live-action footage – to season 2 of Amazon's mindbending family trip series Undone, and they're in development on an experimental film by Geoff Marslett (Mars, Loves Her Gun) but Staggs and his team are in preproduction on Richard Linklater's next film, Apollo 10 ½: A Space Age Adventure. "This is a special picture," said Staggs. "It's something you haven't really seen from him."

Working with Linklater completes a circuit for Min­now Mountain, and Staggs personally. Both Houstonites, both moved to Austin (because it's way cooler), their paths first crossed in 2004 when Linklater was starting production on his 2006 feature, A Scanner Darkly. He'd decided to Rotoscope the adaptation of Philip K. Dick's novel and was hiring every local artist that could pick up a pen, in order to build his animation department. Staggs had cut his professional artistic teeth drawing caricatures at the old AstroWorld theme park, so he was no stranger to repetition. Plus, anything had to be better than his current position in the art department at a Catholic publisher, "drawing saints for bulletins on Sunday." 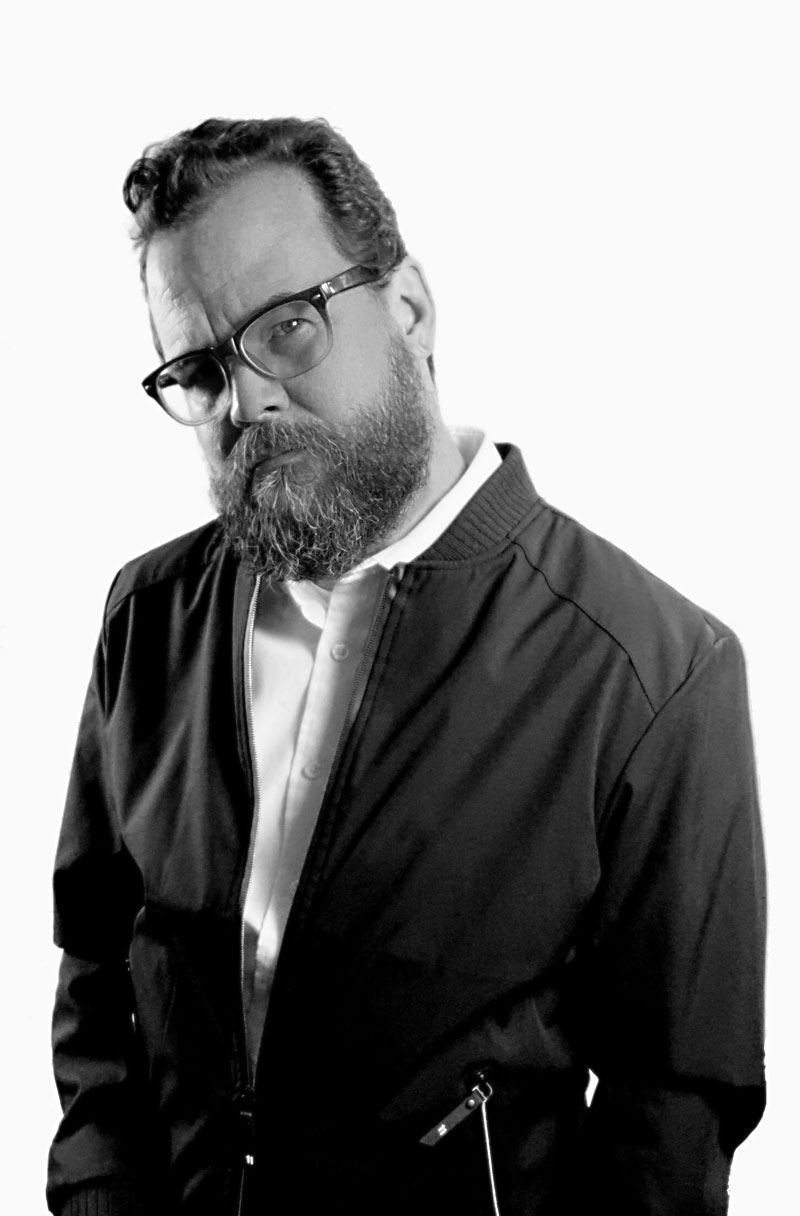 Craig Staggs (Courtesy of Minnow Mountain)
“What animators do is represent, in a basic sense, weight and movement through lines or color or shape. At a higher function, it’s emotion.” – Craig Staggs

The experience on A Scanner Darkly convinced him to make art in motion his career. First he founded Aphid Animation, a CG service company, but the appeal of Rotoscoping was just too much, so in 2012 he and Steph Swope founded Minnow Mountain to concentrate on making the art form leaner, more efficient, and more workable within the modern animation business.

Rotoscoping isn't just drawing over video, and it's not something can be handed over to algorithms, or done in a rush (A Scanner Darkly filmed in 22 1/2 days but took 18 months to animate). A computer may grasp the motion of a scene, but not the emotion. For Staggs that's what really defines Roto­scop­ing: how the animator draws out what is implicit and unspoken. He explained, "What animators do is represent, in a basic sense, weight and movement through lines or color or shape. At a higher function, it's emotion – using that movement and weight, the illusion of life, to tell a story that has an emotional impact."

The process starts with an almost-finished film. The actors perform, the camera catches the motion, the editors mold it into shape. Stagg said, "We bring that footage on, animate on top of it using it as inspiration, then we drop that video out, and we're left with just the animation." On big projects like these, Minnow Mountain will then hand the project over to partner studios, "then they do the paint process and the compositing." With both Apollo 10 ½ and Undone, that partner is Netherlands-based animation house Submarine, which creates a degree of unity in the production pipeline. "It's a similar workflow," said Staggs, "but vastly different look and feel, and very different projects at their heart."

That's all labor-intensive and takes time: "We're even slower than regular animation," said Swope. That's why, like when Linklater posted that ad for A Scanner Darkly crew, they're hiring dozens of new artists. So many that, if they were trying to fit every animator and editor they needed for two projects at the same time into that office space, they'd have desks in the parking lot. But Minnow Moun­tain had to swim away to work from home, courtesy of the coronavirus lockdown.

There's an added wrinkle. Most animators pull images straight out of the air: Rotoscopers depend on live-action footage that they can then turn into fresh visuals. With Amazon shutting down all production on March 12, that meant there wasn't the Undone season 2 footage on which to work. However, after long delays and equally long consultation with craft guilds, health experts, and safety consultants, filming picked back up again in California in late July. Even more fortunately, the raw material for Apollo 10 ½ was already in the can, as principal photography wrapped the week before SXSW was supposed to start. Swope said, "They finished shooting on Sunday, we had the wrap party at Pinballz on Mon­day, and that's when we started hearing about COVID. By the following Friday, we were packing up our computers and moving home to work. It was that fast of a change." 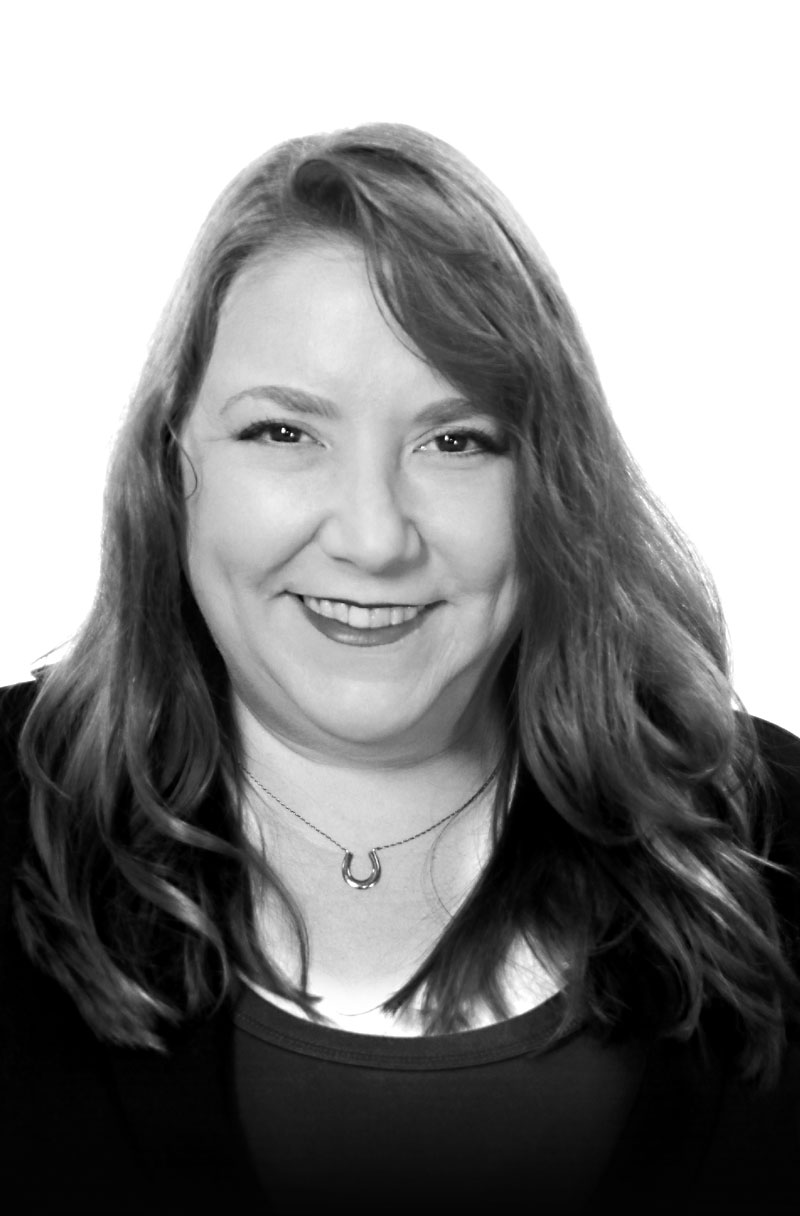 When it comes to dealing with the Undone team in L.A., or Submarine in Amsterdam, nothing has really changed. It's still video conferences and keeping track of time zones. However, Swope explained, "In terms of inside the studio, we're still growing-painsing our way through it." Yet they're not completely reinventing the wheel. There are still the four core Moun­taineers – line producer Rachel Dendy, animation lead Christopher Jennings, Staggs, and Swope – and they were already gearing up on preproduction for both projects. "We have our morning meeting, only now they call rather than come in with their cup of coffee and their punk rock T-shirt."

On the technical side, they were already doing project tracking through a software system called Shotgun, which has just gained extra importance, and the animation was already being done on Cintiq pen display tablets. Swope explained, "It's not like we walked one to the other and go, 'Here's my papers' that you put on the pencil test and start shooting. It flows without human hands." However, when they were in the office, animators would pull files from the on-site servers to their desktop, work on them, then upload the new version back to the server. Working from home, Dendry said, "It's basically the same, but now it's a cloud server."

That said, the team faces two problems that every home office manager will recognize: bandwidth and a stable connection. In the office, it was just a cable straight to the servers. Now everyone is at the mercy of their cable provider, and the files are bigger, and at a higher resolution than ever. "Even the clients wanting the old-fashioned look of cel animation want it in 4K," added Staggs.

If there's one upside to working at home, it's allowed Minnow Mountain to look nationwide in their hiring. However, Staggs said, "We're still focusing on Texas, and then Austin, because we do anticipate transitioning back, but for now we'll stay with the work-from-home." That makes the big challenge not technical but, as always, emotional: maintaining the inner culture of Minnow Mountain, especially at a time of such growth and remoteness. However, as always, time is on Rotoscoping's side. Staggs said, "We take a year or so, and it gives you a different perspective." 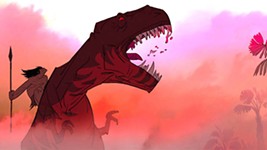