A Lens on Queer Taiwan 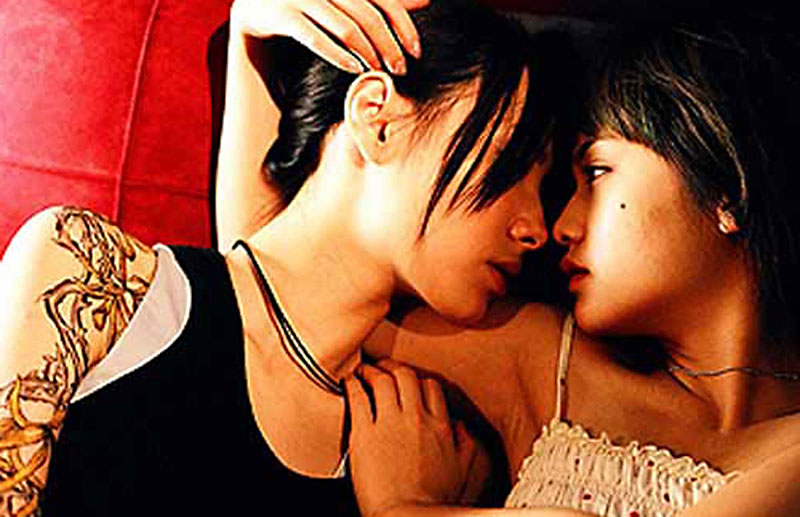 Just over a year after Taiwan became the first Asian country to legalize same-sex marriage, this week the Austin Asian American Film Festival is presenting a celebration of queer cinema in its virtual six-film series, Prismatic Taiwan.

"We had known for a while that there was a plethora and kind of niche for queer cinema in Taiwan, which was not the case in most Asian countries," Executive Director Hanna Huang said. "It doesn't just exist in a vacuum, and the fact that we were able to create a retrospective says so much about the history there."

While the same-sex marriage law, along with the country's first transgender cabinet member and first trans pride march, have been exciting progress, Prismatic Taiwan documents a much longer history of the LGBTQIA community in cinema with its oldest featured film, The End of the Track from 1970. Whether seeing the gay club scene of the Eighties in Outcasts or the first gay wedding in Taiwan, decades before it would be legalized, in Not Simply a Wedding Banquet, Prismatic Taiwan offers a range of different eras of queer cinema.

That treasure trove of queer cinema is reflective of Taiwan's progressive history. Huang noted that, although colonized in the past, Taiwan has not had to repeal old anti-LGBTQIA laws left on the books by colonizers in other Asian countries. "So the confluence of all of that history naturally blends into the atmosphere. Now it is the pride of Asia, in terms of being so progressive towards LGBTQ couples and families."

However, there have been major recent changes. AAAFF Special Programs Staffer Josh Martin said Taiwan had gone from a "one-party, martial law, military state to one of the most vibrant and pluralistic democracies in the world. That is reflected through the experiences of the LGBTQ+ communities in Taiwan and the films we're seeing."

For some audiences, the Prismatic Taiwan poster will hold special significance. It depicts Love River in the city of Kaohsiung, an artsy and urban metropolis that is home to the country's second biggest Pride. Graphic designer I-Ping explained that the idea was to represent what is special about Taiwan's queer community. "I wanted to be specific as I could to Taiwan without having to worry about educating people too much, because I think the film series will do that and inspire more curiosity with other Taiwanese films and the Taiwanese queer community."

There's even a pun hidden in the Mandarin title. Huang explained, "The word for 'prismatic' doesn't translate the way we wanted into Mandarin, so we ended up using the term 'kaleidoscope.' The third character of kaleidoscope, tǒng, sounds very similar to tóngzhì. Tóngzhì is used to refer to the LGBTQ or people in same-sex relationships. The words sound the same, but the characters are slightly different."