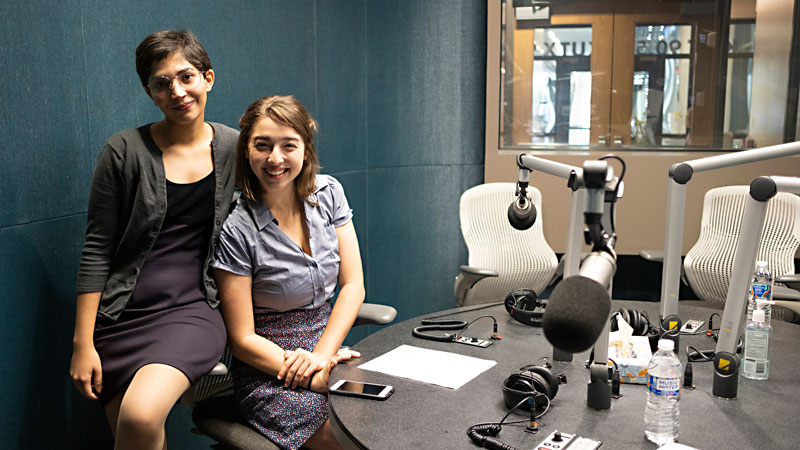 It was the quest for free parking that led Tinu Thomas and Haley Butler by the Orange Tree Condos. Walking past the West Campus complex on their way to classes at UT-Austin, their conversations would inevitably circle back to the murder of Jennifer Cave, which occurred mere yards away, behind door #88.

In August 2005, 21-year-old Cave was last seen with her close friend, UT finance major Colton Pitonyak, in Downtown Austin, on the eve of starting a new job at a local law firm. Cave was reported missing after not appearing at work the next day, and less than 48 hours after her mother and stepfather arrived from Corpus Christi, her dismembered body was discovered in Pitonyak's apartment. Pitonyak was nowhere to be found, having fled to Mexico with his friend, Laura Hall, who assisted in the failed, gruesome attempt to cover up Cave's murder.

Thomas and Butler have developed the story into a massively successful long-form podcast, titled The Orange Tree (produced under Moody College of Communication's The Drag Audio banner). A deeply reported account of Cave's life and the fallout from her horrific death, it's regularly broken into the top 50 shows on Apple Podcasts, and into the top 10 for true crime. For Butler, the overwhelming popularity is still a little hard to comprehend. "I'm still just so excited that the UT community seems to like it," she said.

For Thomas (a former Chronicle intern) and Butler, the interest in exploring a notorious chapter of campus lore was born of a curiosity for the story beyond the grisly details of the crime, or the sensationalized on-the-run narrative that characterized the subsequent trials and convictions of Pitonyak and Hall. "We just wanted to expand on that," Butler explained. "Once we learned more about the victim and all of the different relationships at play, we just knew that it should be our mission to do this in a way that I don't think is typically done in true crime."

Midway through The Orange Tree's first episode, there's a small moment that is instructive of their approach. As Jim Sedwick (Cave's stepfather) shakily recounts the fateful night in August 2005, in which he sneaks into Pitonyak's condo to search for his missing stepdaughter, Thomas and Butler pump the brakes and take a moment to describe the affectionate bond Cave had shared with Sedwick in life.

Whereas some true-crime anthologies might barrel headlong toward the most gruesome, shocking detail, Thomas and Butler underline their reporting philosophy upfront. This podcast isn't a summer project to giddily decode and solve on Reddit, but instead a nuanced and empathetic portrait of the human lives, emotions, and relationships that tragically collided on August 17, 2005.

It's also a comprehensive document filled with new interview material from most of the key individuals affected by the case, including several members of the Cave family. However, the podcast also features extraordinary access to Pitonyak himself and his parents in their first interviews since his conviction in 2007. Hall, who has since completed her prison sentence, even provides fresh insight to the reporters in a delicate, yet riveting, exchange over Facebook Messenger. For the young journalists, obtaining these rare interviews was understandably electrifying. Thomas said, "I think any reporter would be lying if they said that getting a source on record, that's never spoken before, isn't exciting."

Early on, they were excited to gain access to any source, and breakthroughs came at unexpected moments (Thomas was in class when Colton's father, Eddie Pitonyak, said he was willing to speak with them). The reporters were acutely aware of the gravity that came with securing an interview with Pitonyak himself, who is serving his 55-year sentence for murder in the Texas Department of Criminal Justice French M. Robertson Unit maximum security prison, just outside of Abilene. "We did have the realization that this was going to be a different story from any other that's been told about this case," said Thomas. "That was when it got big to us."

“We were able to lean on each other emotionally, and know that we weren’t alone in talking to the victim’s family.” – Tinu Thomas, co-host of The Orange Tree

Rather than reveling in the prize of unprecedented access, they wanted to always keep sight of the human anguish that reverberates through their narrative. That made for a grueling combination: maintaining empathy for their subjects, immersing themselves in "an ocean of information" about the crime and its trials, and reopening the emotionally fraught chapter with the Cave and Pitonyak families alike. Thomas said she and Butler were lucky to have each other throughout production. "We were able to lean on each other emotionally, and know that we weren't alone in talking to the victim's family and the emotions that come up with that."

The emotional toll of the case hit particularly close to home for the hosts – who both have sisters – when they sat down to interview Cave's own sister, Lauren. When it came to relating anecdotes about being young and at college? "Not that big of a deal," Butler recalled. "But then we did the Lauren Cave interview, and then it was like, 'Oh my God, not only what if this happened to me, but what if I was alive and this happened to my sister?'"

"It's hard for listeners to really put themselves in the shoes of someone close to this case," added Thomas, who says these shades of personal perspective were integral to properly telling their story. "What we did was get as close as possible as hosts and reporters, and then let the listener step into our shoes."

Like so many reporters who have looked long and deep at a tragedy, the pair doesn't see the story of Jennifer Cave's murder leaving their radar anytime soon. Pitonyak's ongoing appeals process still makes the news; more loose threads and details arise as more people discover the podcast; and there's the lasting responsibility they feel to their interview subjects, whom they've asked to revisit a painful chapter in their lives. "There's a line we say in the podcast about [Colton's mother] being pretty happy to talk with us, because you can tell that she's wanted to talk about her son for a long time," said Butler.

Ultimately, Thomas and Butler remain confident that emotional sincerity is as important as getting the facts straight. In the end, Butler says, "We really do believe that being sensitive to a family who's been through a lot is not mutually exclusive to good journalism."

All seven episodes of The Orange Tree are now available for download and streaming on Apple Podcasts, Spotify, and wherever you get your podcasts. 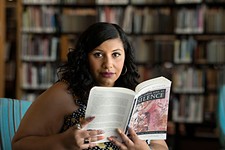 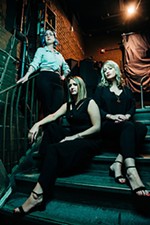 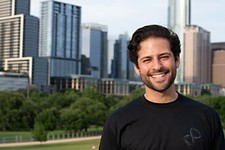 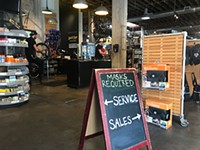