Questioning How We Embrace Mortality in She Dies Tomorrow 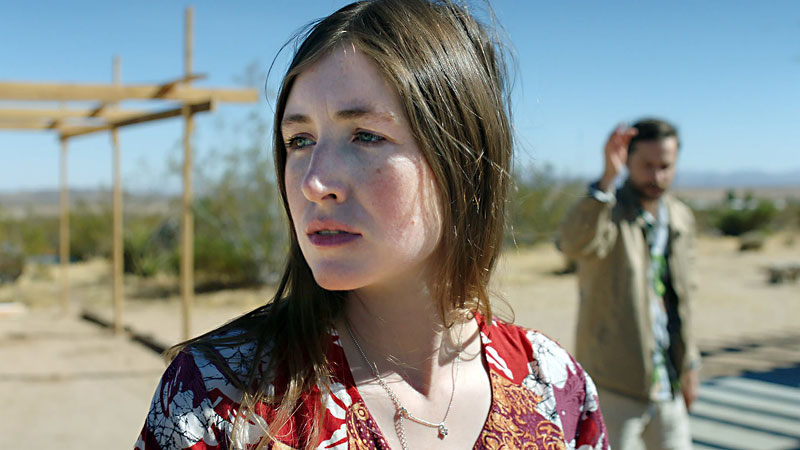 Death is inevitable – and yet so many people avoid talking about it. There's a distinct denial, where even at the mention of the word people start to feel uncomfortable. However, the inevitability of mortality surrounds us. In Amy Seimetz's latest film She Dies Tomorrow, she playfully unpacks the taboos around dying and all of the awkward anxieties that come with discussing its crushing certainty in friendly spaces.

“For several years death was just hanging in my world.” – Amy Seimetz

"In a way, [She Dies Tomorrow] is more of a denial of death movie," the director began. "At the time, I was taking care of my dad who was dying. For several years death was just hanging in my world ... in order to function in normal life, I had to deny it was actually happening until it happened ... That was a very painful thing."

Making She Dies Tomorrow, she explained, "both alleviated anxieties without confronting death, but also created this atmosphere where [I felt like death] could come from anywhere ... at any moment. It can be therapy, but also you sometimes don't know why you make something in the moment either," Seimetz added.

The film (which was originally selected for the canceled SXSW Film Festival) opens with Amy (Kate Lyn Sheil) visibly upset after moving into her new home, although why she is upset is unclear. She foggily saunters around, muttering "Fuck," while taking big gulps of wine from her glass. She's depressed. It's not until her friend comes over, Jane (Jane Adams), that she divulges what is on her mind: She's going to die tomorrow. Like that, Jane catches death like one would catch a cold, and a domino effect commences.

Depression and relapses can be triggering, but Seimetz's delicate direction and surreal yet thoughtful approach gives light to a theme that is often so bleak. "While going through traumatic phases, there also are incredibly hilarious moments," she said. "Almost more hilarious than when everything's fine, because it's so dire and your emotions are so sensitive at the moment. ... You can't maintain melancholy all the time.

By reflecting on her anxieties around death in She Dies Tomorrow, Seimetz shared a unique viewpoint that's both grim and light. "What I tried to do with the movie is ... interplay [these moments] with humor and drama ... it's kind of funny to laugh at yourself when you get caught up in these really dramatic moments and see it from the outside."

She Dies Tomorrow is not Seimetz's first film to revolve around anxiety, nor is it her first project to blend genre, from her first feature as a director, 2012's Sun Don't Shine, to her work behind the camera on The Girlfriend Experience and Atlanta. One of her tools in setting that balance, and offsetting her gloomy characters, is music – such as Amy constantly restarting her record player to blast Mozart's "Requiem" throughout her home. "[Sound] is such an important element to everything I do," she said, adding that it is "50 percent of the movie, and really amplifies and makes the film transcendent. ... Part of the film is this expansion and contraction of overindulgence, and then popping out and [realizing] it is very silly. It just felt important to use something like Mozart's 'Requiem' in the film."

A version of this article appeared in print on July 31, 2020 with the headline: Death Positive