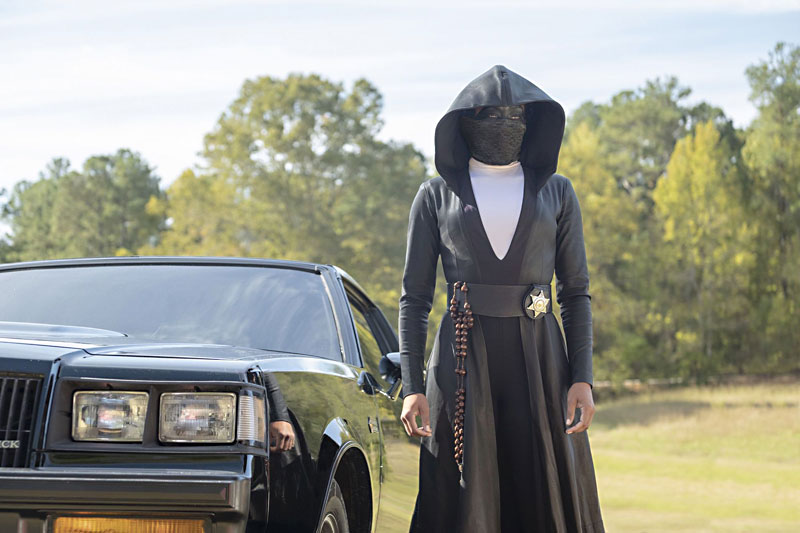 HBO's Watchmen, one of Karen Wacker's many production credits

On March 14, Karen Wacker was in Philadelphia working on HBO's upcoming murder mystery, Mare of Easttown, starring Kate Winslet. That was the day production ceased, and all cast and crew was sent home.

"We told everybody that we were going to go down for six to eight weeks," Wacker said. However, as weeks went by and the pandemic derailed further, HBO notified the cast and crew that they would be down for longer. As producer, Wacker had to break the bad news. "It's not fun telling a whole bunch of people that they're not going to be working for a long time," she said. "It's really hard. We're all a family, we spend a lot of time together, and you want to take care of each other."

During the hiatus, Wacker has been working from home. She's on call 9-5pm weekdays but, she said, "The longer that we're down, the calls become scarcer. It's not a dead project. The fact that it's still alive, and we're expected to go back this fall and pick up filming means that there's some sort of activity, it's just not as active as it would be if we were still shooting."

As a producer, one of her biggest concerns is what this means for the show's budget, both from being on hiatus and the new costs of filming in a pandemic. "[I'm] doing budget scenarios for the different COVID-19 questions that are out there, like how the job is going to change after we get back or how much it's costing the show while we're down. We've certainly gone through several budgets to discuss the monetary effect of COVID-19."

There's still not a set date when production will resume ("We rely on HBO to let us know when that's going to be") but when it does, things will be different. She said, "They're talking to experts about the subject so that everybody can return to work safely. I know all the studios are coming up with guidelines. I'm hoping that they're all the same."

"I know that everybody is really happy to spend time with their families, because our work hours are so crazy that we don't get a lot of family time," she added. "But everybody needs a job." Pandemic Production, One Year Later: Karen Wacker, Producer, Mare of Easttown
Then: “It’s not fun telling a whole bunch of people that they’re not going to be working for a long time.”
Now: “It kind of made me love my job again.” Pandemic Production, One Year Later: Yvonne Boudreaux, Art Director, Yellowstone
Then: "The plan is to get a plan."
Now: "No restaurants, no bars. If you were seen out, you were considered fired.