It's No Drag: The Past, Present, and Possibilities of Ballroom at ATX Television 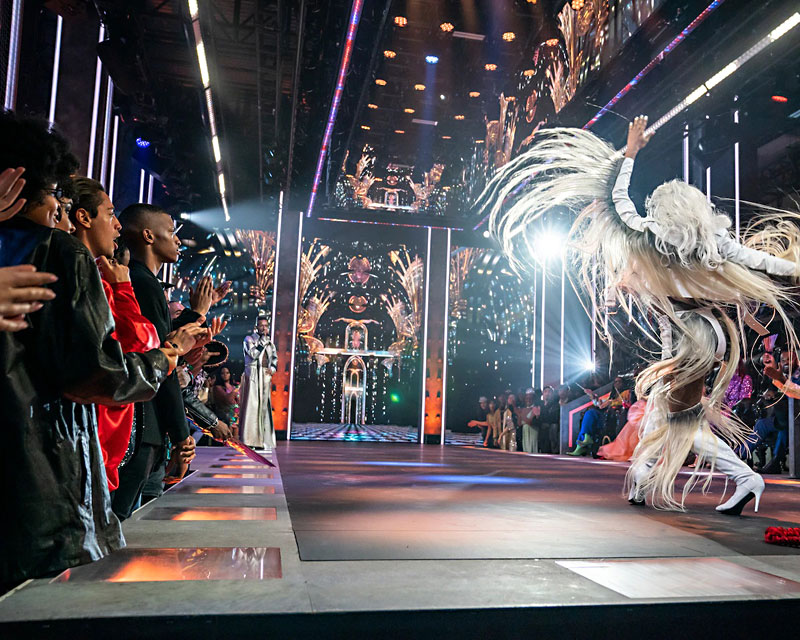 It's high time we set the record straight. Drag, dear reader, is not synonymous with ballroom – a dance subculture pioneered by Black and Latinx trans women of color. And yet in the flurry surrounding HBO Max's new ballroom reality-competition series, Legendary, viewers and press alike have suggested it's analogous to RuPaul's Drag Race. What gives?

"People who don't know about the culture are always going to compare it to Drag Race," said Legendary's Master of Ceremonies Dashaun Wesley. As frustrating as the drag-ballroom comparison may be, Legendary could stand to correct it. "People appropriate what they think they know, rather than celebrate what they do know."

Legendary features eight voguing teams, or "houses," competing before a celebrity judge panel, as well as a live audience, for the chance to win a $100,000 grand prize. Judges include stylist Law Roach, rapper Megan Thee Stallion, and actress Jameela Jamil (The Good Place), but it's Wesley and Leiomy Maldonado that bring the ballroom starpower and insight to the show's cast. Maldonado and Wesley are global icons in today's ballroom scene. The "Wonder Woman of Vogue" and "King of Vogue," as they're known respectively, have been part of the ballroom scene since their teens. They competed in 2009 on America's Best Dance Crew as members of Vogue Evolution – the show's first crew comprised entirely of openly queer and trans dancers.

Jennie Livingston's seminal 1990 documentary, Paris Is Burning, introduced ballroom culture to the unfamiliar mainstream masses. It hasn't been until more recent years that shows like Ryan Murphy's FX ballroom series, Pose – and now Legendary – have reintroduced the scene yet again. Away from Legendary, Wesley and Maldonado also work on Pose (Wesley portrays Shadow of the House of Wintour, while Maldonado doubles as series choreographer and plays Florida of the House of Ferocity), and both shows offer what other representations have sorely lacked. "They're actually celebrating authentic ballroom," explained Maldonado. "Honestly, I feel like before that, ballroom has been appropriated and has been stolen from for so many years. [The shows are] getting into the history of why this was created; why it's so important for people; why people are so passionate to be a part of ballroom; and why it's so magical and why it's so dear to us."

Maldonado is also hopeful Legendary will show viewers ballroom's inclusivity. "I feel like a lot of times people try to shun away being a part of ballroom because they may not be a part of the LGBT community," she explained. However, for example, one of Legendary's competing houses, House of Ninja, are all cisgender women. "We're open to allies," she added. "We're open to people who want to celebrate us and want to understand where we came from and our struggle and want to stand with us."

The shows may spring from familiar bedrock, but Pose and Legendary present their own challenges for the pair when pivoting between the two. "You have to bring a certain time period to life with Pose," said Wesley, "compared to Legendary, where you're taking everything that you already know and putting it to what's happening right now this very moment."

It's a study in history and shifting trends that when stitched together brings to life a visual timeline of ballroom's rich legacy. Wesley said, "We're just trying to make sure people understand and know the timeline of how we go from one place to the next and why we're here right now."

"I'm always gonna say that the time that we knew voguing came out – before let's say Vogue Evolution – we were behind artists," said Wesley. "We were performing and doing different things with different brands, but we weren't the ones being celebrated; we were just there to help push what was going on. Now we have an opportunity to step on our own platform and do what we do, rather than having to be behind someone."

A version of this article appeared in print on June 5, 2020 with the headline: It’s No Drag