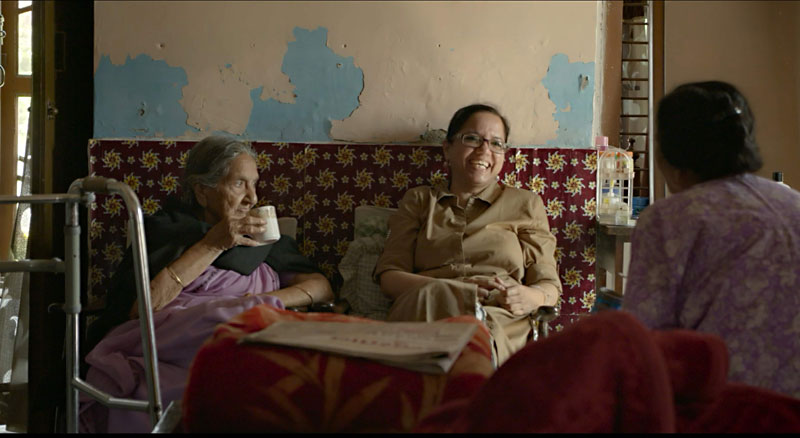 Film festivals are a community, often bringing other cinema communities together. When SXSW canceled to blunt the potential impact of the coronavirus pandemic, it also hit Indie Meme Film Festival, Austin's celebration of South Asian movies. The nonprofit had organized a post-screening mixer for two of the women filmmakers at SXSW, as a chance to meet Indie Meme's community, but that never happened. Supriya Kini, Indie Meme's marketing committee chair, explained, "To be invited to come here, and to get canceled, it's so hard on them."

The damage to Indie Meme's filmmakers and audiences looked set to get worse when they were forced to cancel their own festival, originally scheduled for early April. But this weekend they'll bring everyone together virtually, as Indie Meme goes online for 2020.

The festival organizers initially planned to postpone, thinking that "maybe in the summer holidays, we might be able to have the live one," Kini explained. However, within weeks "we really started sensing that this was something that might not blow over in a couple of months." The obvious solution would be to cancel and simply come back next year, but that would be closing shop when the community needed them most. That's when they decided to go online, but this wasn't a new idea. "Taking films and having the virtual events has been in conversation for a while," said Kini, "and we thought, maybe this is a good time to try this out."

However, the organizers wanted a test run first, so they reached out to Indian filmmaker Gitanjali Rao. Indie Meme had already screened her animated romance Bombay Rose in Dallas in January, and they approached the director about holding a virtual screening for members on April 3. Kini said, "She was so kind to say yes, let's give this a try."

The night served many functions: It brought the Indie Meme community together, exposed them to a wonderful film, and allowed them to test their plans for the fest. It was a success on all fronts and set the table for how the virtual fest will operate. Members will get access to Vimeo links for the six selected titles and the shorts packages, and then there will be Zoom intros and Q&As. There'll even be a preview session, walking first-time users through the technology – another aspect of how Indie Meme is reaching out to their community.

That appreciation of what their members are going through extends to the way the festival is scheduled. Normally, it would be four days of in-theatre screenings: This year, it will be two three-day weekends, with family-friendly films, like inspiring environmental documentary Coral Woman, screening early in the evening, while more mature titles like the horror-tinged Aamis play after the kids have gone to bed. "When you're at home, to sit and watch all these films is quite a commitment," Kini said. "It's really nice to spread it out over two weekends."

Even with all these changes (and the addition of jury awards), Kini said the team has been happy with this year's transition. She said, "The community gets to see a familiar festival."