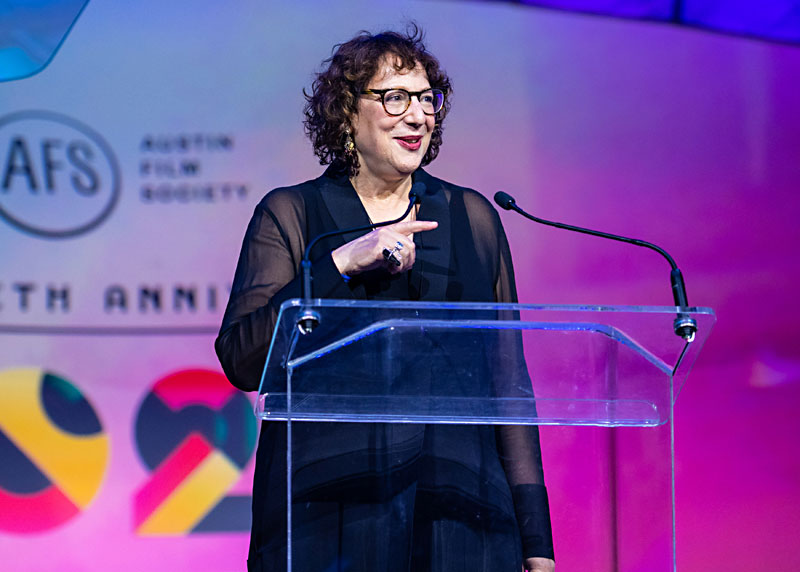 It started as a Twitter thread. When SXSW was canceled before the coronavirus pandemic could take hold, people started suggesting that a major streaming platform just acquire every title and put the whole 2020 slate online.

This was, of course, impossible. Some films and shows already had deals, others were in negotiations, and still others wanted a theatrical release and were prepared to wait for another opportunity. But this week, a portion of the lineup is available for free on Amazon Prime, giving films at least some of the exposure that they lost.

According to SXSW Film Festival Director Janet Pierson, it was Ted Hope – co-head of movies for Amazon Studios – who first suggested turning that idle Twitter thought into somewhat of a reality and reached out to South By. The idea was simple: Any SXSW-selected film that wanted to sign up would be free to view for a 10-day run on Amazon Prime for anyone in the U.S. with an Amazon account. Pierson said, "What was interesting was that it was for exposure in front of the pay wall."

Yet this was never going to be just SXSW online. When it comes to replicating the in-person festival experience, surrounded by thousands of fellow film fans, Pierson said, "You can't. So how can you have a new experience?"

The festival's biggest concern since day one has been looking after the filmmakers who lost their premiere and their platform. Pierson's staff had already told filmmakers that their selection for the original fest – and the festival laurels – would still count, even if they premiered elsewhere. The festival also held its jury awards and did what they could to furnish filmmakers with as many opportunities and connections as possible. Access to the digital screening room for industry professionals and press was extended. They connected short directors with distributor Oscilloscope Laboratories and online platform Mailchimp Studios when the companies offered to host their work. But this new initiative, labeled Amazon Prime Video Presents the SXSW 2020 Film Festival Collection, presents a representative slate of what audiences would have seen at the IRL festival. It's a mixture of narrative and documentary, shorts and features, as well as some high-profile episodic pilots like Amazon's own Tales From the Loop.

It's only a segment of what would have been the full roster, as SXSW made it clear that filmmakers were under no obligation to sign up and should only do so if it was best for their project. Pierson said, "We got a lot of emails saying that this is such a great idea, I'll definitely be watching the films, but my sales agent advised against it because it might hurt my future sales opportunities."

However, Pierson is proud of the roster they have assembled, and – while this cannot replace the festival experience – she and her team have worked hard to create digital analogs for being there. There are prerecorded intros as well as post-screening Q&As scheduled for two of the international selections, Gunpowder Heart and Cat in the Wall. But most importantly, Pierson said, "We're just excited to see if these films connect with an audience that otherwise might not see [them]."

Amazon Prime Video Presents the SXSW 2020 Film Festival Collection will be available via Amazon through May 6. Find all the films at www.amazon.com/adlp/sxsw..