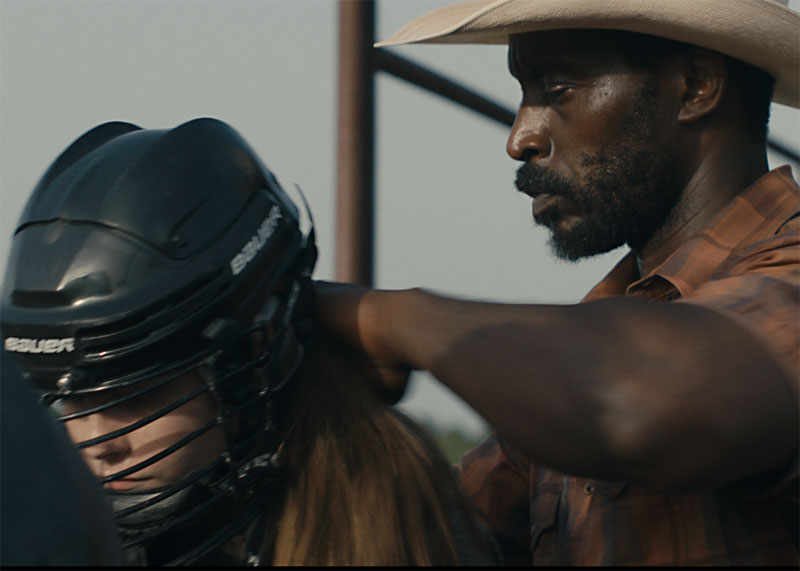 Rob Silverstein as Abe, and Amber Havard as Kris in Annie Silverstein’s Bull

Annie Silverstein had never sat on a bull before. Yet the Austin-based filmmaker and UT RTF lecturer found herself in the chute at a rodeo – if just for a few seconds – while she was shooting her new Texas-set drama, Bull. "I had this moment where I went, 'Wow, I am sitting on this really powerful animal.'"

A SXSW 2020 selection, opening this weekend as part of AFS Cinema's Virtual Cinema initiative, Bull extrapolates the themes from her Cannes-award-winning short, "Skunk." Silverstein said, "I didn't feel like I was finished writing from this teenager girl's perspective, growing up in rurban Texas. I wanted to expand on her story. Though we ended up exploring very different themes in Bull."

Where "Skunk" glanced at the world of backyard dog fights, Bull takes a seat next to the dirt in the more legitimate world of bull riding. That narrative element came while she was location scouting for the short and became acquainted with a man from a family of Black bull riders. "I really knew nothing about the history of Black cowboys," she said. "I hadn't learned it in history classes, I hadn't seen it in cinematic depictions of the West, and I came to learn that African Americans were some of the original cowboys. It was a world I wanted to know more about, and a part of our American history we wanted to reflect."

In 2014 she was visiting family in Oakland and went to the Bill Pickett Invitational Rodeo – a traveling rodeo dedicated to celebrating Black cowboys and cowgirls. That's when she and her husband, co-writer Johnny McAllister, met professional bull rider JW Rogers. They started talking, and discovered they all lived in Texas – Sil­ver­stein and McAllister in Austin, Rogers in Houston. "He said, 'Well, if you want to see more of the work I'm doing, you should come out to a backyard rodeo. Have you ever been to a backyard rodeo?' We're like, 'No, what's that?' He said, 'Come out to Old William John­son [Arena in Egypt, Texas] next weekend and you can watch me bullfight.' So that's what we did, and we spent the next couple of years getting to know the community."

It wasn't just about understanding the mechanics of the rodeo, the economics and the dangers. Instead, she got to learn why people risk life and limb for those eight seconds of glory. "It was anything from the rush it gave them to a spiritual connection – facing death, facing their fears. For other people it was something that their family had been doing for years. It was a connection to their lineage. A lot of the bull riders we spoke with said, 'If I wasn't doing this, I'd be in prison' ; in some way it saved them, gave them a purpose and a place. I think there's an element to the community of being a found family, and I've always been interested in found families." 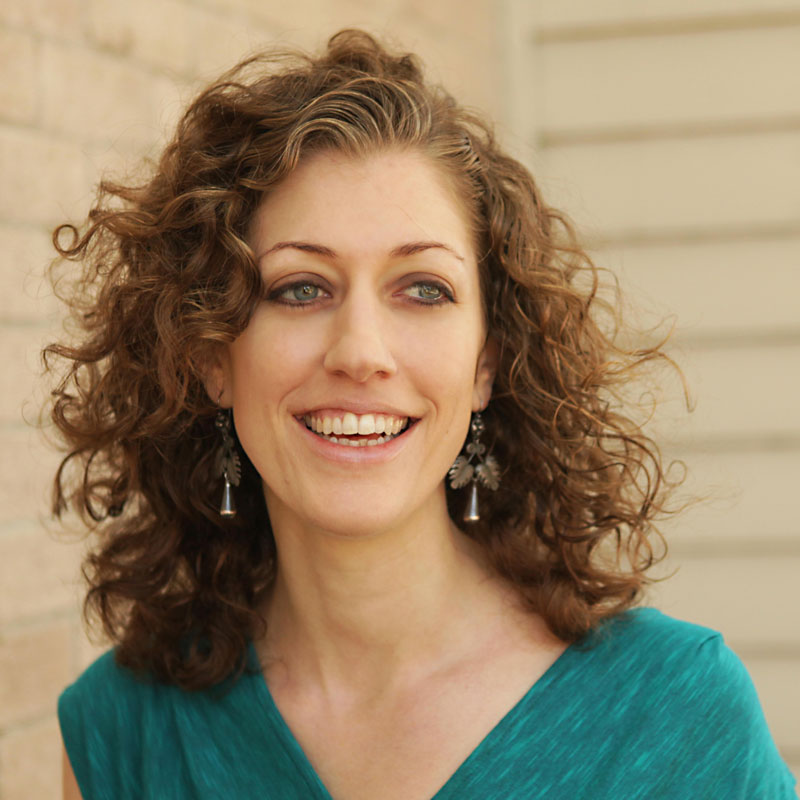 That desire to truly understand the heart of a subject is indicative of the immersive nature of Silverstein's approach to filmmaking – much of it informed deeply by her prior career as a youth worker, particularly with kids with incarcerated parents. In 2005, she co-founded a nonprofit in Seattle called Longhouse Media, providing media access for Indigenous filmmakers around several reservations and tribes. "We taught filmmaking to teens as a form of self expression, cultural preservation and social change. And through this work I started to fall in love with the craft of filmmaking." The project that was meant to help budding Indigenous filmmakers was now also her point of entry. It gave Silverstein her first credits as a filmmaker, including her first director credit for the 2008 Independent Lens documentary "March Point," following the daily experiences of three teenagers on the Swinomish Reservation. As time went on, she was confronted with a challenge. "I was really conflicted about whether I wanted to go back to grad school for social work or for film, and I made the decision at the very last minute because I really had one leg in each world."

Her learning process formed the character of Abe (Rob Morgan, The Last Black Man in San Francisco, Daredevil), the broke-­down bull rider living in a Houston-area community next door to Kris (newcomer Amber Havard), a directionless teen. "I became interested in these two characters and their intersection. They aren't based on anyone specific, but more like an amalgamation of teens I worked with and cowboys we connected with during research trips. "

At the same time, those people she met during what became research are present in the finished film. Many of the riders she met became stunt doubles in the film (Rogers filling in for Morgan), while she made sure to shoot the backyard sequences at Old William Johnson. "It's a special place," she said. "It's such a vibrant arena with a deep history. The backyard rodeos feel like a big ol' family reunion, an intergenerational gathering place. They're joyful. There's barbecue, music, kids running around, grandparents sitting back telling stories. People are reconnecting, mentoring each other, seeing old friends. It has such deep cultural and historical roots and this shows in the relationships. And I appreciate how off the grid it feels, but sometimes these backyard rodeos are located mere miles from an urban center."

But the immersive nature of the environment, the same strengths that define the intimacy of Bull, also could be hell for a filmmaker – especially when you're trying to film three-quarters of a ton of angry, bucking, unpredictable bull who isn't interested in hitting his mark or coming back for pickup shots. Silverstein said, "Our DP, Shabier Kirchner, and I spent months prior really sweating about how are we going to be able to capture this. Johnny and I, too, as writers, were like, 'How are we going to pivot really fast, depending on what actually happens, to make sure it works in the narrative?'"

The small budget meant that post-production CGI fixes were out of the question, but that was fine with Silverstein. They just set up three cameras, Rogers would ride the bull, Morgan would run in to catch some shots while the next rider was getting ready, "and we'd film bits and pieces of them handing the ropes over to the rider or whatever it was, whatever it was to piece together those scenes," she said. "We realized, thankfully, that a lot of CGI and face replacement wasn't necessary, and working with stunt doubles, given how fast everything was happening, really worked."

All that insight came from just being there, like that tiny glimpse of what the rider feels like when she had that moment in the chute, on top of that bull. Silverstein said, "There was some kind of connection to it. I was like, 'OK, open the gate.' But not really."

Bull will be available, starting this weekend, exclusively via AFS Cinema as a three-day VOD rental. A portion of all rentals benefits AFS during the coronavirus closures. Bull will arrive on VOD from Samuel Goldwyn Pictures on May 1. See our review here.

A version of this article appeared in print on April 17, 2020 with the headline: The Cowboy Way