Live From the Texas Film Awards

The party went on with remote tributes and hip bumps 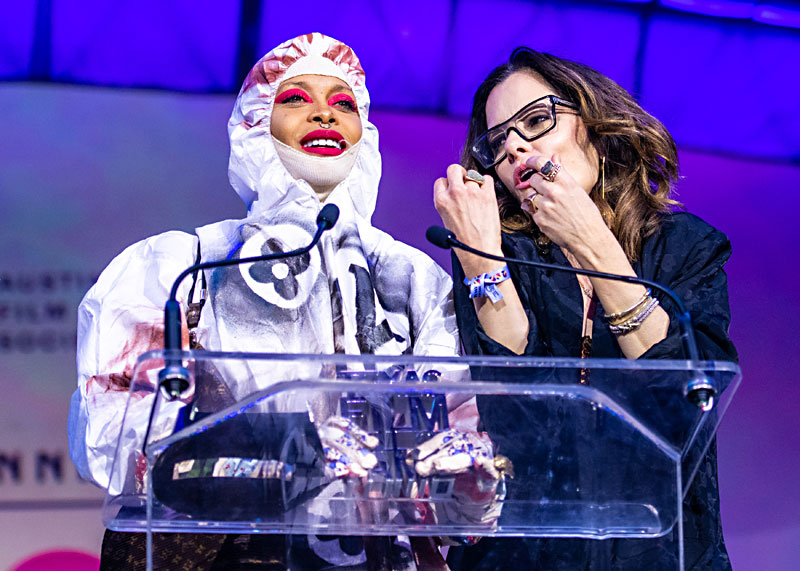 The Texas Film Awards party has become the unofficial warm-up for SXSW, but this year, the March 12 gathering at Austin Studios became a moment of warm bonding for the state's cinema scene.

The night was both a celebration of Texas film icons and a way to help ensure the next generation of creatives get their chance. Local filmmaker Jeff Nichols (Take Shelter, Midnight Special), director Annie Silverstein (the upcoming Bull), and producer Monique Walton all took turns on the mic to explain the importance of the Austin Film Society, and especially of the Texas Film Awards as a major fundraiser for the AFS Grants. With fears about the economic impact of COVID-19 on the filmmaking scene, the understanding in the room was that this was a more vital fundraising moment than ever. 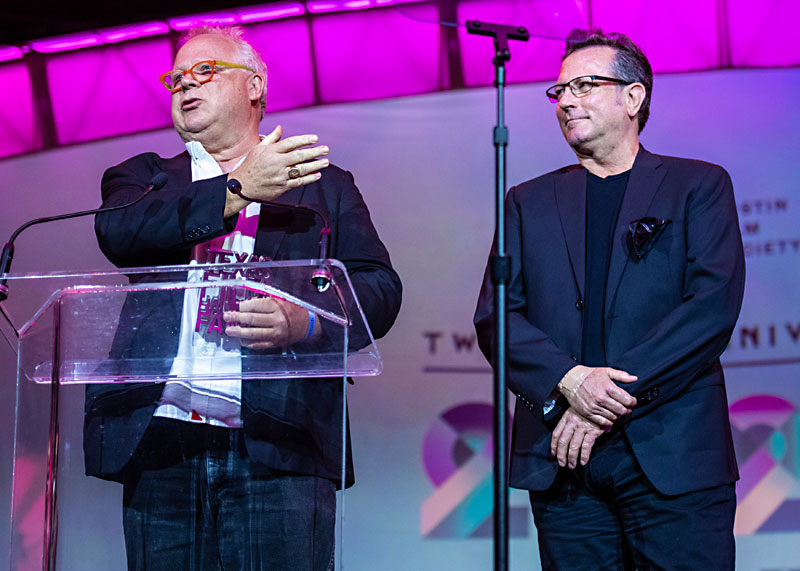 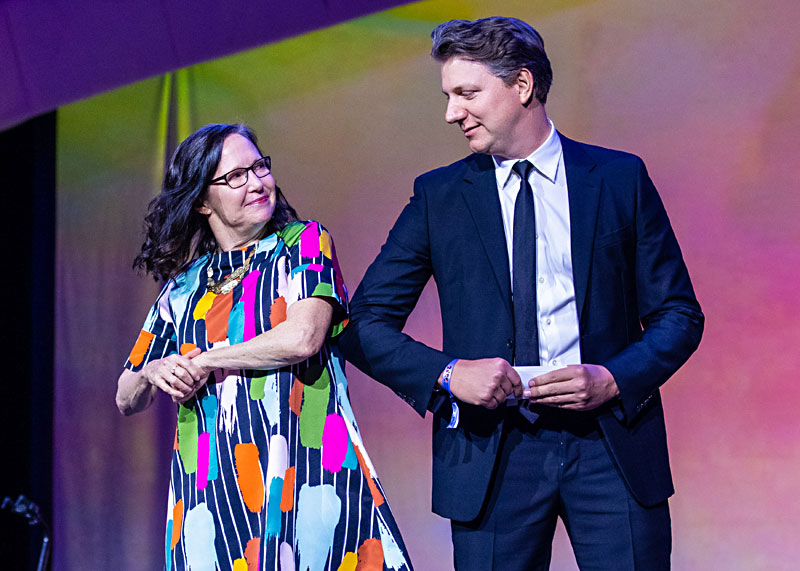 But that didn't get in the way of the celebration, even if most guests of honor had to stay home. Rising Star recipient Kaitlyn Dever (Unbelievable) sent a tearful video message, made even more emotional by being preceded by taped messages from her Booksmart co-star Beanie Feldstein and director Olivia Wilde. The Shining (and so much more) star Shelley Duvall also sent a recorded acceptance speech, as did her longtime collaborator Michael Murphy, who promised to come to Austin as soon as possible when he accepted the Star of Texas award on behalf of Robert Altman's Houston-set oddity Brewster McCloud. But the ceremony left the best for last as Erykah Badu took to the stage in a Gucci-influenced bodysuit, hip-bumped with emcee Parker Posey, riffed off the house band (led by Black Pumas co-founder Adrian Quesada), and stole the show in picking up the Soundtrack Award.

The Stars at Night Are Big and Bright at the Texas Film Awards
Ceremony celebrates Shelley Duvall, Erykah Badu, and Kaitlyn Dever while raising funds for filmmakers