How the SXSW Cancellation Has Impacted Filmmakers 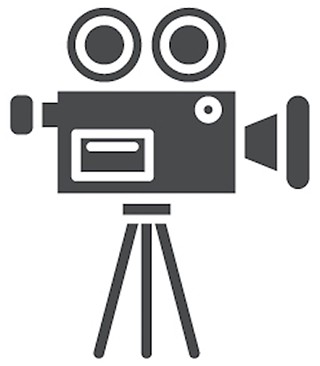 Every film festival has an identity, and so it is with SXSW. Many of its breakout films – Lena Dunham's Tiny Furniture in 2010, Short Term 12 in 2013, Trey Edward Schulz's Krisha in 2015, Olivia Wilde's Booksmart in 2019 – have reflected the sensibilities of the film, the booking of the festival, and the response of the infamously open and receptive South By audiences. What happens when they can't come together?

Actor, screenwriter, and former Austinite Brea Grant was scheduled to bring her new film, Lucky, to SXSW 2020 as part of the horror-themed Midnighters strand. Via email she wrote that she and director Natasha Kermani were "crushed" when they heard about the cancellation. "This would’ve been our first experiences at SXSW as filmmakers and we hope to get revisit that in some capacity in the future. Texans are tough and we care about each other. Hang in there, y’all."

Kaila Hier, founder of Exile PR, represents several films scheduled for SXSW – including Grant's. For indie filmmakers, she said, "The impact of this is still unfathomable. From a PR perspective the launch of your film is a vital moment, and one of the only opportunities you have with an indie film to catch fire."

Having a festival of this scale canceled is unprecedented, and there is no rule book of how to proceed. Locally, several cinemas have offered fill-in screenings; SXSW 2018 veteran Jim Cummings has offered free use of a screening room in Los Angeles for all accepted filmmakers, and film industry online platform Stage 32 has opened up submissions to SXSW filmmakers, with no fee, and they will be able to limit access to either the general public or simply Stage 32's industry subscriber base. Hier added, "Many films are plowing ahead and launching satellite screenings in LA & NY and approaching the lack of public festival and exhibition as a neglectable outcome, while other films that were ready to rely more on audience response to pivot them forward are looking forward at potential alternative debuts."

However, for some films SXSW wasn't just a venue, but the venue. For Caleb Michael Johnson, it was an opportunity to premiere his Austin-made film, The Carnivores, on home turf, in front of a friendly audience. When the announcement came, he said he saw it as "reminiscent of a human resources strategy of announcing on a Friday afternoon, because it gives people the weekend for a lot of negative energy to dissipate."

Getting into SXSW, he said, "was the first part of the plan, and it was working in the way it was intended." Now, like so many filmmakers, he's unsure what the cancellation means. "If we screen at another place, is that a premiere? If that is a premiere, what happens to the value of our South By selection?"

This article has been edited to clarify attribution of a quote from Kaila Hier.