How the SXSW Cancellation Has Impacted Austin Movie Theatres 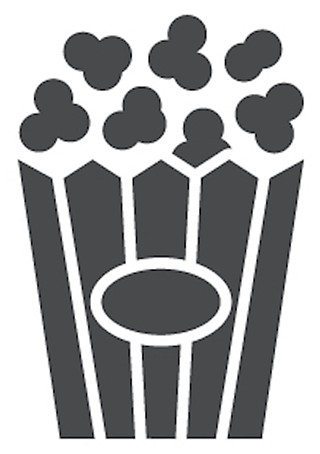 SXSW Film depends on Austin cinemas as a place to screen its movies: Vice versa, those cinemas don't have to worry about programming for a week. So for four of Austin's cinemas – AFS Cinema, Alamo Drafthouse at the Ritz, Alamo South Lamar, and Violet Crown – last week's sudden cancellation of the fest meant scrambling to find movies for multiple screens. David Gill, director of marketing and programming for Violet Crown, said, "From the theatre standpoint, we have a hole to fill because we gear our programming where we can come off a clean week with them."

The first problem was that the announcement came at the worst possible time – late Friday afternoon. Distributors in New York were already closed for the weekend, and those in Los Angeles were already wrapping up. That meant he and his team had to wait for Monday morning before they could start filling the gaps. For Gill, that meant extending the runs of titles that were doing well for an extra week, and even adding films that he had wanted to book, but didn't think he'd have space, such as Jane Austen adaptation Emma. and offbeat indie drama Swallow.

"There are people in worse situations," Gill said, noting that many filmmakers have suddenly found themselves losing their big world premiere at a major international festival.

His first response was to reach out to a couple of South By films with local connections. He's already confirmed two screenings of Feels Good Man, the new documentary by UT Austin grad Giorgio Angelini (having had its world premiere at Sundance, a few non-festival screenings are less damaging to its future distribution chances). After all, Gill said, "Some people are still coming to town."

The Alamo Drafthouse had a total of seven screens (two at the Ritz and five at South Lamar) set aside for SXSW, and Drafthouse programmer RJ LaForce said his team is currently trying to mix general releases with curated content and repertory SXSW titles. He added, "Something that might get lost is that we're big fans of the comedy side of South By," and so they have kept Doug Benson and Master Pancake vs Leprechaun Returns, with plans to add extra Master Pancake shows starring comedians who are still coming to town.

On the national level, the Drafthouse is making screens available in Austin, New York, and Los Angeles for press and industry screenings, and regular screenings at lower rates. LaForce said, "We're just trying to help in any way that we can."

He's not alone in making that offer. Austin Film Society has retained several shorts packages, and added a special screening of I'm Gonna Make You Love Me by Austin filmmaker Karen Bernstein. Meanwhile both Vulcan Video and Blue Starlite Mini Urban Drive-In have offered screen space. Said Blue Starlite founder Josh Frank, "I have something I can do to help indie filmmakers. It's why I built the thing 10 years ago to begin with." He's already been approached by six producers who are interested in his offer, and he said he was glad to help. "I know how heartbreaking it must be for both the filmmakers who wanted to show in Austin and the Austinites excited to see new films."