From Dirty Sixth to the Texas Film Awards

Whether it's Barbie commercials or Booksmart, Kaitlyn Dever is a true rising star 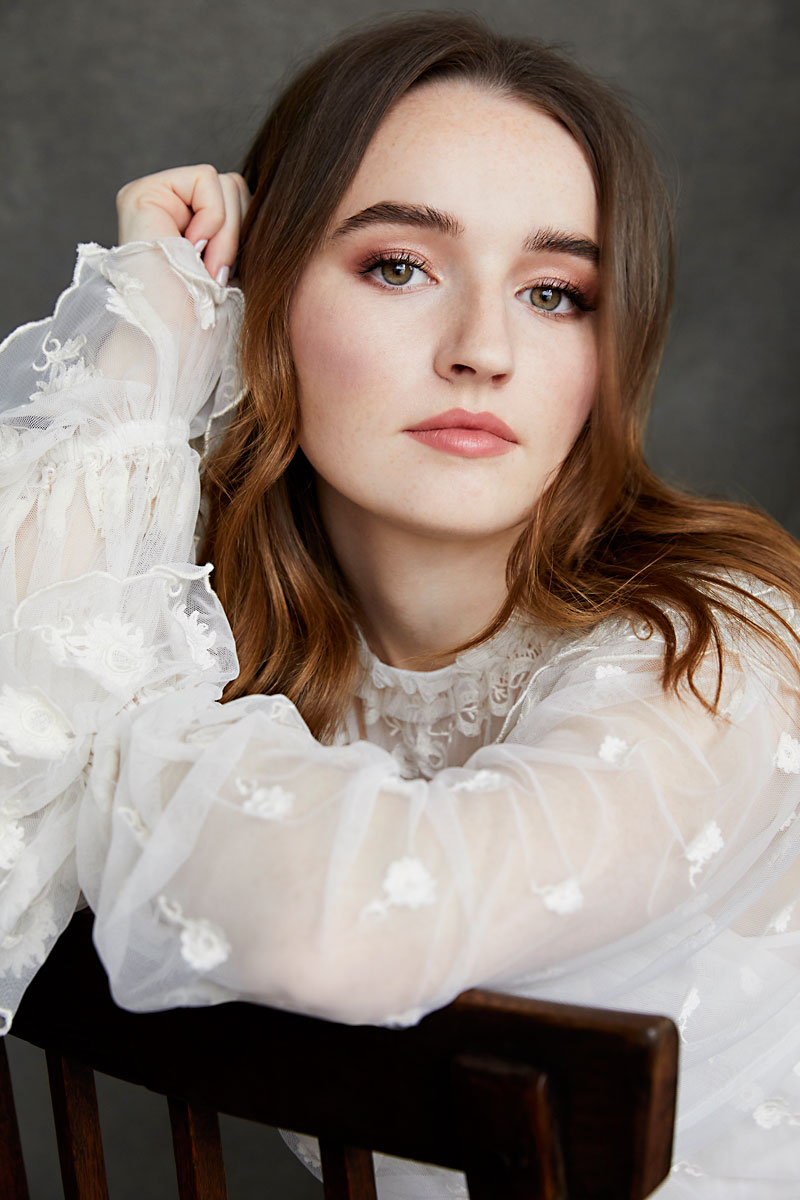 Any given night on Sixth Street, you can find an underage kid trying to weasel their way into a loud, dirty bar. One day in March 2013, that kid is 16-year-old Kaitlyn Dever, out celebrating the premiere of her movie Short Term 12 at SXSW. She and co-star Brie Larson attempt an age-old trick – after Larson enters the bar, she tries to slip Dever her own ID – but they're not slick enough and their plan is foiled. Seven years later and now 23, Dever will have no problem getting in if she wants to drink to her latest accomplishment: At the 20th annual Texas Film Awards, she'll be honored as this year's Rising Star.

“I was always doing voices. I loved the feeling of making someone laugh. I always loved not being myself.” – Texas Film Awards’ Rising Star 2020 Kaitlyn Dever

"I feel so grateful," Dever said. "The past year has been pretty overwhelming, and you know, for it to continue with the Rising Star award in Texas makes me think about where I was built and the state I grew up in. It's where my love for acting began."

The ceremony will take place Thursday, March 12 at Austin Studios, and Dever will take the stage alongside Soundtrack Award winner Erykah Badu, and Hall of Fame inductee Shelley Duvall, who will also receive the Star of Texas Award on behalf of Robert Altman's Houston-made 1970 surrealist comedy Brewster McCloud. Dever's Rising Star laurels recognize up-and-coming talent who've made waves in the industry and are set to make more. Dever joins what she called a "really crazy group of people," which includes inaugural recipient Owen Wilson and last year's winner Brooklyn Decker. Dever expressed her excitement at having an excuse to come back to her home state, and said, "Texas has just a very special, special place in my heart and always will."

Raised in the Colony, a suburb of Dallas, Dever early on had an itch for acting: "I was always doing voices. I loved the feeling of making someone laugh. I always loved not being myself." She put on plays with her sisters and remembers staring at and studying new people, learning how to impersonate them. She described coming home after her first acting class, having had the coolest day of her life. "I just felt really fulfilled at age nine," Dever said.

Her performance in a class showcase earned her an agent, and she traveled to Los Angeles to start auditioning. Dever recalled her parents mentally preparing her: "They were like, 'Kaitlyn, we'll go out but you just need to know that you're not gonna book the first thing you go out on, and it's gonna be really hard.'" Perhaps an omen of her future success, she did book that first thing (a Barbie ad that was "so non-union" it didn't formally shoot, using her callback footage instead), and eventually the family made the move to California permanently.

Dever paid her dues in commercials and bit parts before her career pivoted to the upward path it's on today. "When I really felt like I was doing a role that I was extremely passionate about, a role that I really had to step up my game and really work hard to do and get, was Justified," Dever said. In the FX crime drama, she played troubled Loretta McCready with enough charismatic grit to take the gig from its initial two-episode stint to a guest starring spot across multiple seasons. She continued, "It turned into this thing that I just literally fell in love with and to this day is still one of my favorite sets I've ever been on."

From there, Dever developed an impressive résumé in both television and film, culminating last year with lead performances in the Netflix hit Unbelievable and Olivia Wilde's pop-culture sensation Booksmart. The former landed Dever a Golden Globe nomination for her portrayal of a rough-around-the-edges rape victim surrounded by doubt and judgment; the latter entered her into the teen comedy canon with her turn as a socially conscious and charmingly dorky high school senior. Booksmart also marked Dever's return to SXSW (this time festivities included a pre-premiere dance class with the rest of the cast and crew to "get super sweaty and let everything out").

For her upcoming visit, Dever has some leisurely plans fitting of the city. She might rent a car and drive around; SoCo is on her list, alongside a trip to local eatery Swift's Attic, a favorite of hers. Otherwise, Dever's sights are set on lots of barbecue and beer: "It's my heaven. You get to just do that all the time when you're in Austin, and I can't wait to do it again."

And as far as the future goes, Dever prefers to just go with the flow instead of thinking too much about it. She described her job as "peaks and valleys," where there's "specks of panic all the time and then there's specks of amazing, amazing things." She just wants to keep doing good work with good people. After all, this is only the beginning for the rising star. "I want to stay happy," Dever said. "That's really it, I think."

The Stars at Night Are Big and Bright at the Texas Film Awards
Ceremony celebrates Shelley Duvall, Erykah Badu, and Kaitlyn Dever while raising funds for filmmakers