Ending the Gender Divide Behind the Camera 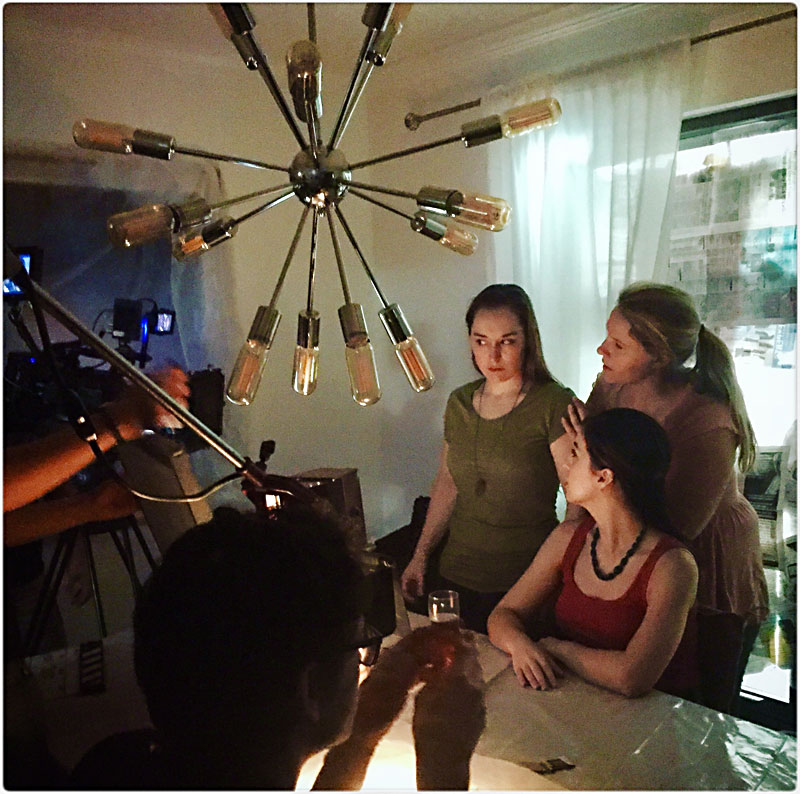 Women in Film and Television co-President Elizabeth V. Newman on the set of her feature Child of Light with WIFT Austin board member and actress Teresa Seale

The divide between men and women in the film and television industry is stark. Just look at this year's Academy Awards, where a majority of the nominations that weren't in women-specific categories primarily went to men, from Best Director to Best Editing. Director Lulu Wang, who recently won at the Independent Spirit Awards for her film The Farewell, said it best: "There has been a lot of conversation this year about how to encourage more women to be in film or get more women into the conversation. I just have to say, you don't have to encourage women, there are lots of women making films and who want to make films and who are in film school. ... What women need is just the job. Give them the freaking job."

“Our motto is to connect, support, and empower.” – Women in Film and Television Austin chapter Vice President Kristin Benitez

Women in Television and Film International is a global organization whose core goal is to remove this glaring gap between opportunities for men and women and make the industry more equitable. Established as a professional support group for women in media, WIFTI is over 40 years old, with over 60 chapters across the world, and it's continuously growing.

Specifically, it's growing in Austin. The local chapter had its first meeting back in November 2018 and has steadily been expanding with membership and support ever since. The Austin chapter encourages all women within the industry, from film critics to production assistants to directors, to join and create a group that can help others navigate our city's complex media landscape. "Our motto is to connect, support, and empower," chapter Vice President Kristin Benitez said.

Unlike the film and television mecca that is Los Angeles, the media industry in Austin is oddly scattered. It makes finding a media-related job here daunting, which is why the city so desperately needs an organization like WIFTI that can give direction to those who already struggle to break into the industry.

Founding president Alicia Eastes, a writer and editor, brought up that many women feel they have to choose between starting a family or progressing their career. In fact, it was a decision she thought she was going to have to make herself. "I was having a hard time balancing and figuring out how I would juggle this independent filmmaking career and my new personal investment in motherhood," she said. "When I had my daughter, I realized, 'Wait a minute, there's this film organization called Women in Film [and Television] and we don't have that here.' So, I started asking everyone in town, 'Why not?'" No one had a good answer, she added, "except that being a freelance independent film professional takes up most of your time if that's what you do. Nobody really had the time to found it."

So Eastes not only co-founded Austin's WIFTI chapter, but has worked incredibly hard with her fellow board members to expand the organization since that first meeting. Her co-president, Elizabeth V. Newman, said, "It's been an incredible forum for us to make this [organization] larger than any one of us. I feel like that's the key to creating an institution here in Austin."

While there have long been significant women in the Austin film industry, like producer Elizabeth Avellán and editor Sandra Adair, its most recognizable figures have historically been men, from blockbuster champ Robert Rodriguez to independent film pioneer Richard Linklater. Within the past decade, women filmmakers have found their way into the zeitgeist, like Hellion director and Queen Sugar showrunner Kat Candler, who is an incredible advocate for diverse filmmaking. However, there's a palpable disconnect within the film and television scene, and it's tough to break into, like any niche industry. It's an issue that Benitez, Eastes, Newman, and the rest of WIFT Austin are working hard to overcome.

"Austin has this amazing pool of talent and creative professionals, and we're all so disconnected," Eastes said. "Especially as women, we have a very different path into the creative business. I think, coming out of grad school, I needed mentorship. We didn't have any kind of system to guide people from one stage to the next, from young women finishing their degrees to those starting out in the industry. That's why these organizations exist."

Benitez added that the diversity of experience was reflected in both the membership and the board itself: "Newbies who just are starting out in screenwriting [and] people like Alicia and myself who have been in the industry for a long time. ... I like that."

WIFTI's Austin chapter offers both public events and members-only programs – currently offered quarterly – designed to connect its members with mentors, no matter what age or experience level, as well as workshops conducted by industry-leading professionals. Eastes said she is "excited about what we're offering so far. ... We want to be able to provide some education, and keep people updated with industry trends. Give them access to certain kinds of guidance that they wouldn't otherwise get outside Women in Film [and Television]."

Newman agreed. "One of the conversations that we've had is being mindful [about] being a woman in film, television, and media – that means a lot of different things to a lot of different people. It doesn't just mean being a director or a producer or a writer, or even full time... [We want to] try to find programs that will appeal to a wider swath."

For more information about Women in Film and Television Austin, visit www.wiftaustin.com.