In Production: A Trip to Rehab in Addict Named Hal 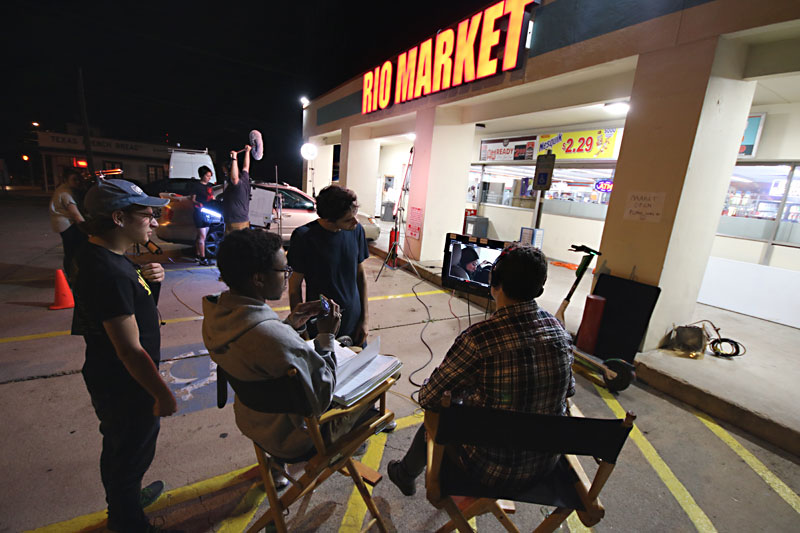 It's the end of week two of new Austin-made drama Addict Named Hal, and after 10 days shooting interiors in Pflugerville the production has moved closer to home base. The crew – most of whom are current or former Radio-Television-Film students at UT-Austin – are shooting at the Friendly Rio Market in West Campus. It's a change of pace, explained writer/director Lane Michael Stanley. There's a chaotic energy to a location shoot, especially in an open store: During one take, the crew realized that a customer was taking photos of the shoot. In Pflugerville, Stanley said, "We were able to set up a production room and a press room, and now we're bouncing around for the rest of the shoot, but it's fun to be here."

Addict Named Hal is a deeply personal project for Stanley, drawing from their own experiences with addiction after the death of their fiancé in 2016. It's also a project that has taken many forms, starting in 2017 as an award-winning short play. In 2018, Stanley adapted that into a short film that screened in Los Angeles and New York as part of the 2019 REEL Recovery Film Festival, and now it's transforming again into a feature film. The shift also reflects Stanley's desire to spread some creative wings. "In theatre," the filmmaker said, "I was both the writer and director, and those are careers that don't mix very well." The appeal of filmmaking is that the creative process is much more blended: "I was able to have one job expressed through text, through design, through cinematography."

Yet just because film production allows for much more creative engagement, Stanley was determined not to be possessive and self-indulgent. "I'm a big believer that just because something is true doesn't mean it's interesting." When telling a narrative story, "nobody really cares which sections are coming from your life and which aren't. They care about what's an interesting story and a compelling character."

That's part of why the protagonist has changed from Hal (played by Ray Roberts), who is getting off heroin, to Amy (newcomer Natalie L'Amoreaux), a privileged young woman with a drinking problem. L'Amoreaux described herself as "really grateful" to be part of the story. "This is the first major film set that I've been on and had such an integral part in it. I feel like I've learned so much in such a short amount of time."

The big task for Director of Photography John David Devirgiliis (currently in the final year of his MFA at UT) is to capture the whole house and reinforce that this is an ensemble piece through the coverage he's catching. The entire production has been shot handheld, with Devirgiliis as sole camera operator, and only using three lenses. "That's lean, but it's made us really creative with how we use them, and when we want to go wide and feel the whole group, or when we want to be intimate with somebody."

There's one exception on that youthful crew: industry veteran producer Lowell D. Blank, who started his career as a line producer on Return of the Killer Tomatoes! before moving on to projects like Arnold Schwarzenegger's Collateral Damage and beloved kid-lit adaptation Holes. However, he set Hollywood aside for this smaller film, which he sees as filling an important gap in depictions of addiction, especially with the opioid crisis at its height. He said, "There are a lot of films about parents dealing with kids, and kids dealing with parents, and some crime dramas, but I think there's nothing like this, and Lane's personal experience has a lot to do with it." 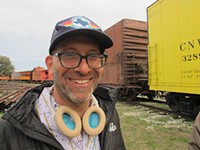 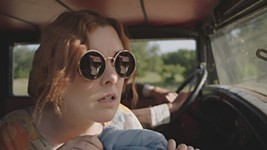 In Production: An Austin Love Letter to L.A.
Anna Margaret Hollyman on taking her vows as Sister Aimee 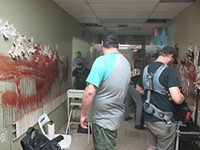 In Production: Something Evil at Brackenridge Hospital
Wrestler-turned-actor Dustin Runnels getting bloody for Scare Package