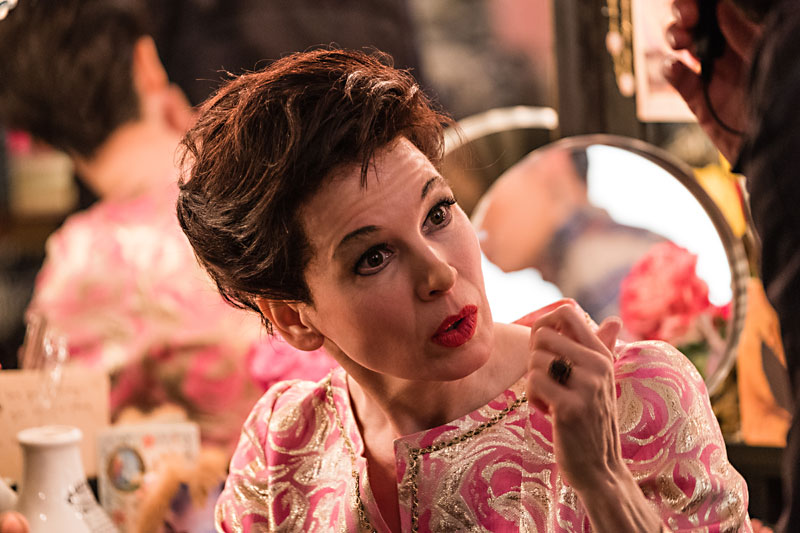 Congratulations to UT grad (and Oscar winner) Renée Zellweger! On Sunday she won the Screen Actors Guild award for Outstanding Performance by a Female Actor in a Leading Role in a Motion Picture for her performance as Judy Garland in biopic Judy. She had already snagged the Golden Globe for Best Performance by an Actress in a Motion Picture – Drama for her work, plus an Oscar nomination. Zellweger (class of '92) currently leads the betting odds of taking the Oscar at –700, ahead of Scarlett Johansson at +600 for Marriage Story, Charlize Theron (Bombshell) and Cynthia Erivo (Harriet), both at +1400, and Saoirse Ronan (Little Women) at +2267.

Looks like one of Richard Linklater's long-gestating film projects is finally nearing ignition. Earlier this month the director sent out a casting call in Austin for young actors for Apollo 10½, his tale of growing up in the shadow of NASA's Johnson Space Center during the Space Race. Back in 2017, the Austin-based filmmaker put out a call for old archival footage and home movies from Houston around that time, and now it looks like the production will shoot this month. Linklater has previously commented that this will be an opportunity to put his birth town of Houston onscreen, as there have been surprisingly few films made about it.

That's not the only project keeping Link­later busy: He's developing a new docuseries about animal rescues in Austin for streaming service CBS All Access with producer Bill Guttentag (The Last Days of Kennedy and King, Knife Fight). Announcing what is still being called "The Untitled Richard Linklater Project," the director of Slacker and Boyhood said, "What strikes me most is the joy and discovery on both sides of the relationship between the animals and their human caregivers. These are inspirational stories that I believe will be a positive force in the world."

Speaking of local filmmakers and animals, if you have a Disney+ subscription make sure to catch the live-action remake of Lady and the Tramp, with a script by none other than Austin's own Andrew Bujalski. The reinvention of the classic story of dogs on the run was part of the streaming service's initial lineup. If that sounds out of keeping for the creative force behind seminal mumblecore drama Funny Ha Ha and workplace dramedy Support the Girls, don't forget that another Texan (and we're going to claim him as an honorary Austinite) David Lowery already directed a truly charming new version of Disney's Pete's Dragon and has spent the last couple of years working on a new version of Peter Pan, titled Peter Pan and Wen­dy, for the House of Mouse.

Austin Film Society and Austin Film Festival have both received new grants from the National Endowment for the Arts in the first round of awards for 2020. AFS receives $25,000 to help with programming costs, while AFF gets $10,000 to assist in the ongoing archiving and digitizing of the festival's huge On Story archive of interviews with filmmakers. Reacting to the grant, AFF Executive Director Barbara Morgan said, "The content captured at the Festival directly reflects its reputation for being an intimate, instructive, and inspirational experience. We couldn't be more thrilled for this incredible opportunity given by the NEA to help us provide these resources to the general public, free to anyone with an interest in storytelling through film, television, and new media."

C. Robert Cargill, Austin-based writer of Disney's Dr. Strange, has added "feature producer" to his résumé, as he and longtime collaborator Scott Derrickson (Sinister, Dr. Strange) have produced My Valentine, the latest installment of Blumhouse and Hulu's Into the Dark horror anthology series. There has also been wild internet speculation at potential future collaborations between the pair after Derrickson exited as director of upcoming sequel Doctor Strange in the Multiverse of Madness, citing creative differences (he remains on board as an executive producer). Cargill undercut the rumor mill by announcing via Twitter that their next project will be Cats 2: The Furrening, and then had to spend the next few days explaining that it was a joke (because the internet), and he's actually busy at work on his next novel, Day Zero, set in the same world as his 2017 sci-fi book Sea of Rust.

Local online leviathan Rooster Teeth has dropped a teaser trailer of their new content for 2020, and alongside regular favorites like RWBY, Red vs. Blue and Always Open, the trailer gives glimpses of three new original shows. First up is Record Keeper, a new 2D animated series from RT animator Yssa Badiola. Next is Hardcore Mini Golf, a spin-off from the Achievement Hunter gaming sub-brand. Rounding out the trio is No Idea, in which the Funhaus comedy crew try to assemble flat-pack furniture without the instructions. 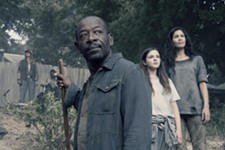 ATX Film News: What Kat Candler Did Next
Fear the Walking Dead returns, The Son sets, and more