Your print-out-and-keep guide for movie lovers 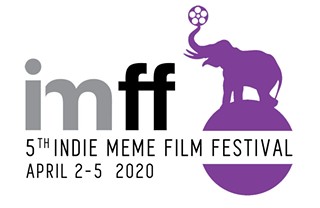 30: Autfest Texas
Films for everyone by and about the Autism community.
www.texasautismsociety.org
Canceled due to coronavirus concerns.

6-10: Cine Las Americas International Film Festival
22nd year of cinema from across the Spanish- and Portugeuse-language diasporas.
www.cinelasamericas.org
Canceled due to coronavirus concerns.

7-10: Hill Country Film Festival
Take off to wine country for a relaxing weekend at Fredericksburg's Fritztown Cinema.
www.hillcountryff.com
Rescheduled to May 6-9, 2021.

15-17: Noir City
Break out your fedora and trench coat for three days of crime classics.
www.noircity.com

11-13: Georgetown Film Festival and Conference
Not just a film fest, but an introduction to working in and with the film industry.
www.gtxfilm.org
Rescheduled from April

11-14: Austin Asian American Film Festival
12th year for the celebration of cinema from the edges of Europe to the Pacific.
www.aaafilmfest.org

6-9: All Genders, Lifestyles and Identities Film Festival
Celebrating LGBTQ+ cinema from around the world.
www.agliff.org

24-Oct. 1: Fantastic Fest
Genre cinema from around the globe at the Alamo's tastemaker gathering.
www.fantasticfest.com

17: Austin Under the Stars
The city's only outdoor film festival.
www.austinunderthestars.com

22-29: Austin Film Festival
Movie watching and appreciation with an emphasis on the writer's art.
www.austinfilmfestival.com

TBA: Cinema Touching Disability
Reframing what it means to live with a physical or mental illness.
www.txdisabilities.org/news-events/film-festival

3-6: Other Worlds
The area's only dedicated science-fiction festival, with premieres, retrospectives, and a horror sidebar, Underworlds.
www.otherworldsaustin.com

Oops: an earlier version of this story incorrectly had the dates for aGLIFF as September, rather than the correct date of August.