AFS brings the doc to Austin 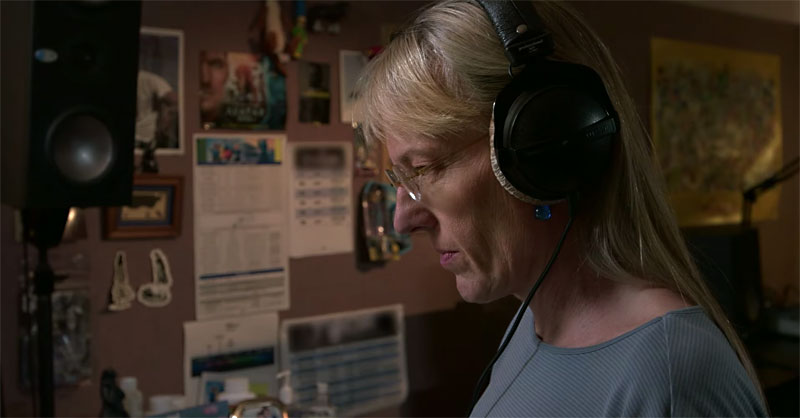 There's a sweet spot in a cinema. If the seats are laid out right and the designers knew what they were doing, the optimal seat is the middle seat about two-thirds of the way back. There's a lot of complicated math about the ratio of visible screen to total field of vision, but that's only half the equation. The other half? That's where the speakers should be positioned for the best possible sound – and if the sound isn't what the filmmaker intended, then it's like showing the picture out of focus.

Yet most movie audiences don't notice sound in the same way they do vision. It's just taken for granted. Even many people in the industry don't really quite know the difference between a sound designer and a sound mixer, even though there are separate Oscar categories for the two disciplines.

Making Waves: The Art of Cinematic Sound finally puts the artisans of the audible in front of the camera with a breezy, entertaining, and educational exploration of how dialogue, music, and Foley effects – as well as the all-powerful silence – affect what we're watching.

First-time director Midge Costin knows sound, after spending 33 years of her life making and exploring cinematic soundscapes: starting in 1986 with the unearthly aural terrors of Tobe Hooper's Invaders From Mars remake through a run of giving the right grunt to action films like The Rock and Con Air, and now as a professor in Cinematic Arts at the University of Southern California, holding the Kay Rose Endowed Chair in the Art of Sound and Dialogue Editing. Her debut documentary pulls on all that experience – both as engineer and explainer – to delve into the most misunderstood aspect of modern filmmaking (OK, maybe second-most misunderstood, after color correction).

It's also a fun ride through the shortsightedness of Hollywood and how (as always) it's maverick filmmakers like George Lucas and David Lynch who put their careers on the line to ensure that all-important invisible ingredient. It's about the million-dollar wars that Barbra Streisand fought to make Yentl and A Star Is Born rattle the speakers like they do. It's also a rare chance to see the sound sculptors themselves. So next time you hear Chewbacca roar or the snow crackling underfoot in Inception, you'll finally be able to put a face – and, most importantly, a voice – to the names that speed by in the credits.