The Politics of Slasher Black Christmas

The Canadian classic was about more than gore 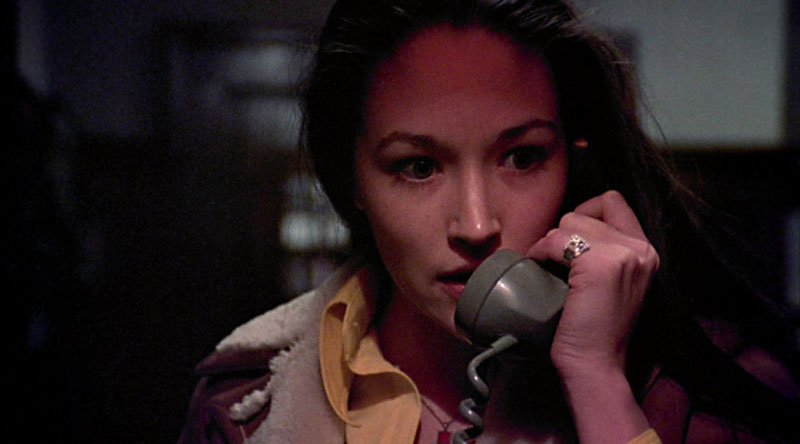 The call is coming from inside the house: Olivia Hussey in Black Christmas

Last month, horror scholar and erstwhile television icon Joe Bob Briggs found himself at the center of an unexpected controversy after he suggested that horror filmmakers of the 1970s had no interest in overt political themes. His fans took to social media to express their disappointment in this perspective, citing countless films from that period that included strong cultural overtones. In response, Briggs doubled down. Horror filmmakers, he argued, could only deal with these themes on a subconscious level. Not one of them set out to move the needle on purpose.

So what to make of Bob Clark's Black Christmas? The Canadian feature, which premiered in American theatres in late 1974 under the name Silent Night, Evil Night and gets its second theatrical remake this week, has earned a spot in the horror film Hall of Fame with its tragic story of sorority sisters in Montreal being hunted by an unidentified killer. When one young woman goes missing at the onset of Christmas break, the police are dismissive, assuming she has simply run off with a young lover. Eventually, her housemates are able to convince one of the detectives – played by the endlessly charming John Saxon – to trust their instincts. What unfolds is a horror film that only seems to gain in social relevance with each passing year.

Much has been written now and then about the groundbreaking approach Black Christmas took to horror. Not only was it one of the first North American films to show scenes from the killer's perspective – a filmmaking technique perfected by the great Italian genre directors of the decade – it also deals directly with youth culture and the tension of one young couple regarding the issue of abortion. Olivia Hussey's Jess and her roommates are terrorized by an unseen caller, a caller that Hussey suspects may be her outraged ex-boyfriend. Hussey's character is pregnant, you see, and she is unwilling to ruin her life by carrying the baby to term, no matter how much her boyfriend begs and pleads. This makes her boyfriend a very unsympathetic suspect for police and audience alike.

One woman's personal choice to get an abortion would seem ultra-modern even when Gillian Robespierre confronted it in 2014's Obvious Child. To hear it discussed in 1974, only five years after Canada legalized "therapeutic abortion" and a mere year after the passage of Roe v. Wade? It could hardly be misconstrued as a "subconscious" theme. These are no damsels in distress waiting for genre conventions to punch their ticket; characters like Hussey's Jess and Margot Kidder's Barb demonstrate a disillusionment toward adulthood that empowers them to make their own decisions. They fight back against the men in their lives, both literally and metaphorically, and – in the words of Albert Camus – their very existence becomes an act of rebellion in the process.

Years before Halloween set a new standard in horror, it was Black Christmas that showed the true promise of the genre. Even if we accept Briggs' words at face value – that Clark had no intention of making an overtly political horror movie – the film has grown beyond these modest aims to become a standout even among its contemporaries. In short, it belongs to its audience now, and they are not giving it back.