Gifts to Make You Look Away From Your Screens

Plenty of films to read about this holiday season Under the Skin of Alita

Behind the scenes on the Austin-made blockbuster


Robert Rodriguez had the biggest commercial success of his career this year with his long-awaited adaptation of seminal Japanese manga Battle Angel Alita. True, in the crazy modern world of movie budgets, even making $400 million wasn't enough to guarantee a sequel (damn that cliffhanger ending!), but you can still take a deeper dive into the world of Alita: Battle Angel and spend more time on the streets of Iron City with this in-depth art book exploring the designs of this dark future. Or, if you're a superfan, there's a limited edition in a slipcase, signed by Rodriguez and with an exclusive art print: Better rush, as there are only 300 copies in existence. – Richard Whittaker 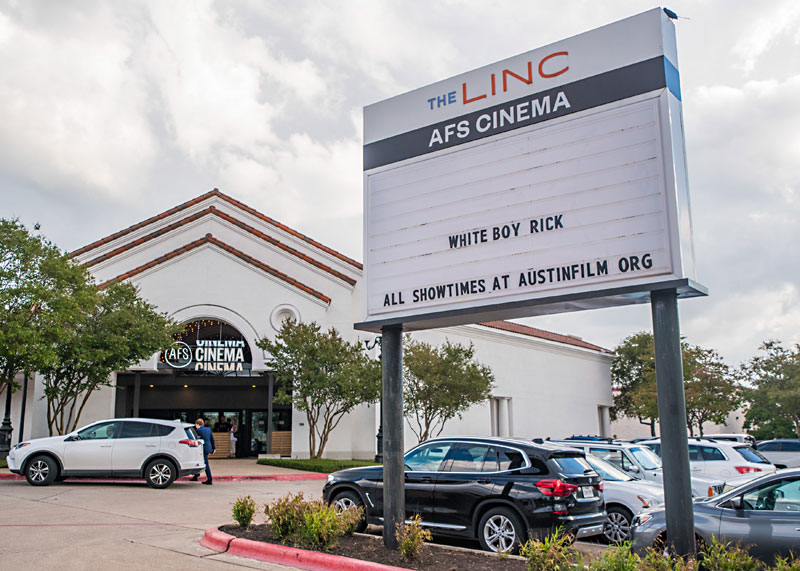 
So the cinephile in your life already has all the streaming devices and one of those digital TV antennas, but what about those who prefer to watch their films in a theatre on a big ol' screen? Austin Film Society has myriad membership options, from "Watch" ($65/year), for those looking for discounted signature programs and special events (one ticket per screening, FYI), to "Make" ($85/year), which builds on "Watch" with added filmmaker benefits. From there, the "Love" ($20-30/month; $240-360/year) and "Premiere" ($65-115/month; $780-1,380/year) levels come with "single" or "dual" options that grant one free ticket or two, respectively, to screenings offered in the previous membership levels, plus filmmaker benefits, with "Premiere" also touting free tickets for new releases. Whichever option you choose, every level carries quarterly membership mixers and discounts on workshops and equipment rentals, and up until New Year's Day, everyone who purchases a gift membership will receive a thank-you gift: your choice of an AFS cap or tote. – Beth Sullivan The Terror of Combat


In the foreword to Wasteland, W. Scott Poole's wide-ranging history tracing the emergence of horror in the decade following World War II, the author frames his approach through the words of Walter Benjamin. Our collective postwar trauma, Benjamin wrote, must be discussed "with as much bitterness as possible." By approaching horror less like a film or literary genre and more as a mode of storytelling, Poole casts a wide net for his admittedly bitter history. Wasteland explores the postwar output of writers, poets, painters, and filmmakers alike, moving neatly between the works of artists from Franz Kafka to James Whale. He also draws direct connections between emerging horror icons and the medicine and machinery that allowed more than 40 million people to die during the war. "The horror that has come to nest in the center of our culture grew out of this history," he writes, part of his general argument that the trauma suffered during this period in world history is alive and well even today. Poole himself proves to be a capable guide through this darkness, half-academic and half-horror storyteller. This makes Wasteland a must-read for those chasing our own cultural demons, real or imagined. – Matthew Monagle 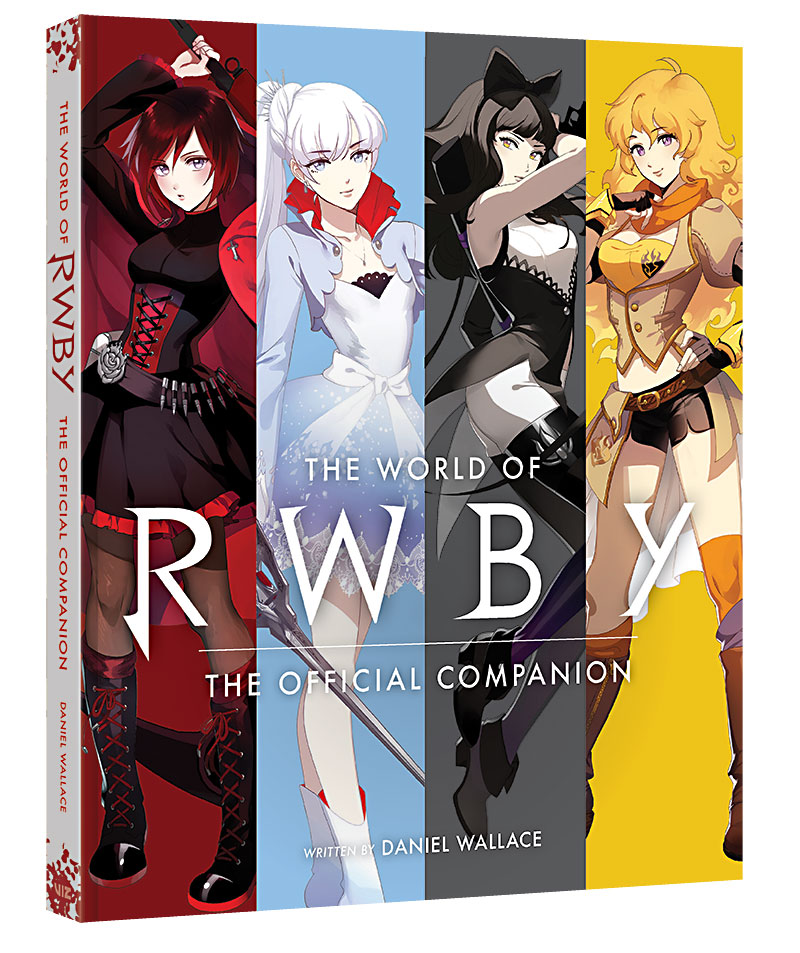 All the Colors of the RWBY


If you're going to publish an art book about a science fantasy series with a complicated backstory and a whole lot of world-building, you have to go to Daniel Wallace. After leading Star Wars fans through the Jedi Path series of guides, he's now traveled to the world of Remnant, the setting for Austin-based Rooster Teeth's massively successful web series RWBY. Die-hard fans will be fascinated by this deep dive into the environment and characters that the show has been building for seven seasons, while more casual watchers will now know the difference between a Goliath and a Leviathan. – R.W. In Space, No One Can Hear You Read

The definitive guide to Xenomorphs


Originally published in 2011 but re-released for the 40th anniversary of Ridley Scott's iconic sci-fi horror show, Ian Nathan's exhaustive, slipcased tome on Alien arrives with all the bells, whistles, and screams – which, of course, no one can hear, because space – your fave Xenomorph could drool for. Opening up this lavishly illustrated, 3½-pound magnum opus reveals far more than the expected cinematic and historical details of Alien's preproduction, filming, postproduction, and initial release. Pockets in the front and back covers contain a gut-busting torrent of goodies to thrill even John Hurt's Kane, among them Ridley Scott's annotated storyboards, schematics of the doomed USCSS Nostromo, international promo posters, and examples of Moebius' costume design. This kind of coolness is always welcome and utterly engrossing, but the real raw meat of Alien Vault is Nathan's voluminous interviews with Scott, Sigourney Weaver, and Switzerland's freakier answer to Francis Bacon, H.R. Giger. A new foreward by once-upon-a-blood-spattered Veronica Cartwright (Alien's Lambert) sets the tone for what was already the be-all, end-all book on Scott's defining masterpiece, itself bookended by a newly penned epilogue that covers the director's return to Alien's omnivorous universe with 2012's Prometheus and 2017's Alien: Covenant. – Marc Savlov When Anime Came to America


The term "definitive edition" gets thrown around wildly about Blu-ray releases, but the latest deluxe slipcase sets for anime master Hayao Miyazaki's international breakout titles – 1997 eco-epic Princess Mononoke and 2001 childhood fantasy Spirited Away – are as close as imaginable. First, they come in hefty, slightly padded slipcases, and the dense booklike housing for both an immaculate transfer and the soundtrack on DVD. The slimmest element of the sets still has heft, gorgeously illustrated 40-page booklets, interspersing gorgeous scans from the films with introductions and poems by Miyazaki and essays by critics touched by these landmarks of animation. For Spirited Away, Kenneth Turan (who was part of the 2002 Berlin Film Festival jury that made it the first animated film to win the Golden Bear) discusses its text and subtext while Leonard Maltin explores its impact on animation. Glenn Kenny looks more at how Princess Mononoke was received – and often ill-treated – for its unrelenting and often bleak environmental message. Even in a bumper year for anime (Promare's blockbuster success, Dragon Ball Super: Broly opening in the U.S. at No. 1), the classics still have a hold that earns shelf space. – R.W. The animated life of Ub Iwerks


Odds are that you've never heard of Ubbe Ert Iwwerks. But animation historians will know him as Ub Iwerks, lifelong friend, key collaborator, and genius-on-tap to Walt Disney (or, as he knew him from their early days in Kansas together, Walter). Iwerks was one of the first employees at Disney, its first real animator and the man that designed a certain famous mouse. Yet it was as Walt's problem-solver – a position created for him by Walt when he returned to the company after a 10-year rift in their relationship – that this delightful and fascinating volume gets creative. Authored by his son, bona fide Disney legend Don Iwerks, it's part family history, part technical manual, loaded with original sketches, photos of Ub at work and play, and easy-to-read schematics explaining the mechanics of his innovations. A creative and engineering force, Iwerks was the guy that Disney would go to when he wanted the impossible. From the multiplane cameras that allowed animators to walk through the forest in Snow White and the Seven Dwarfs to the animatronic innovations of Disney World's Hall of Presidents, Iwerks was the original Imagineer. – R.W.