Behind the Scenes at the Centre Pompidou's Tribute to Richard Linklater 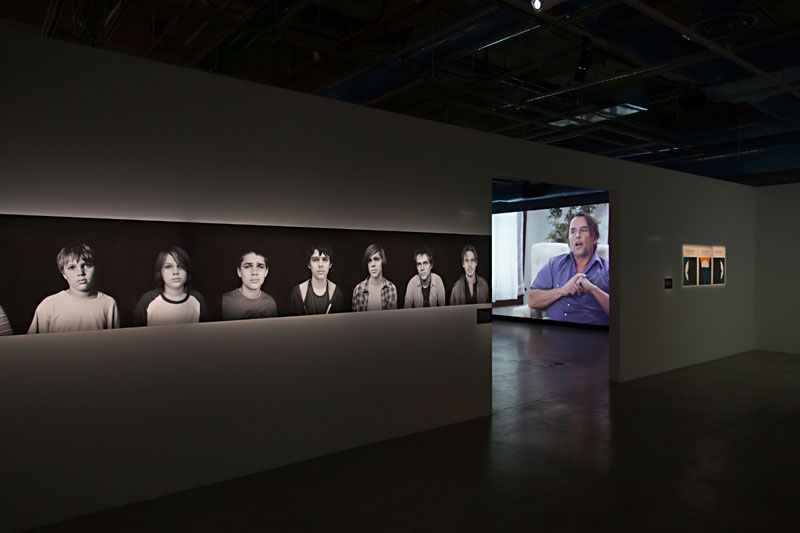 There's a moonlight tower in Paris.

At least, there's a replica of Austin's signature illuminators, a 35-foot doppelgänger installed in the Centre Pom­pi­dou as part of "Richard Linklater: Le cinéma, matière-temps" ("Filming Time as Material") – a huge retrospective series and exhibition of the work and legacy of the Austin filmmaker.

Well, hold up on using the term "legacy." That implies a finality, like the exhibition is a period, and Linklater is still moving, still creating. "I'm not at the end of my career," he said.

Yet there were too many alluring factors for him to turn down the show. First, it's a rare honor, previously awarded to such luminaries as Jean-Luc Godard, Werner Herzog, and Chantal Akerman. Second, it's the Centre Pompidou, and this was an opportunity for Linklater, a noted architecture buff, to spend time in the revolutionary structure ("Renzo Piano is one of my favorite architects," Linklater explained. "I love the feel of that space."). Then he asked his daughters if they felt like spending Thanksgiving in Paris for the opening, and they sealed the deal. "That's how you make decisions these days," he said, "based on what your kids want, and what will benefit them." 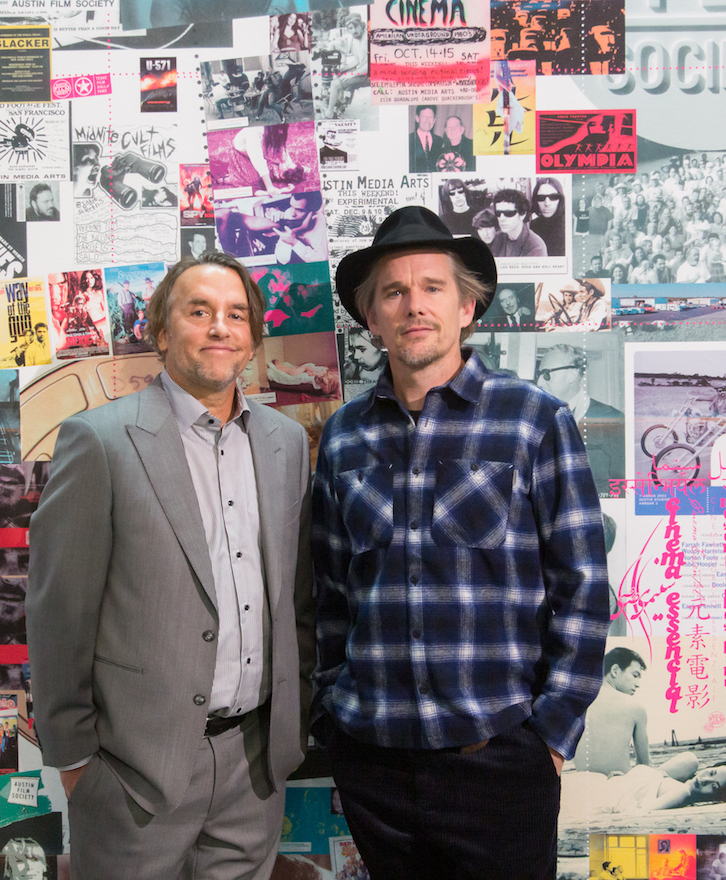 Accepting the invitation meant basically taking on "a part-time job," said Linklater. "They wanted to be very thorough, and show everything." The Pompidou exhibition includes his entire body of work so far, from his seven-minute collaboration with longtime cinematographer Lee Daniel from 1985 called "Woodshock," through his often-forgotten first feature, It's Impossible to Learn to Plow by Reading Books, right up to his series of anti-Ted Cruz TV spots from 2018. Plus, of course, a career of feature films that both defined American cinema in films like Slacker and Boyhood while breaking open multiplexes with Bad News Bears and School of Rock. It's that diversity that Linklater sees as a reason for the Pompidou's invitation. "I gather they think I'm an anomaly – an American indie who has a foot in the system and experiments a lot."

Yet curating the retrospective didn't tempt him to revisit and reappraise all of his old projects, a celluloid À La Recherche du Temps Perdu. Instead, he spent more time considering the transitory nature of cinema. Some of his earliest work was on ¾-inch tape "but it still looks surprisingly good," he said, while other work had proven "much more vulnerable. You think, 'Oh, I had a film come out 10 years ago, it went out on a couple hundred screens, there must be all these prints.' Then you go to get a print, and they say, 'No, there's no 35 mm prints.' What the hell happened? Do you throw them away? Do you burn them? We think of this as something we care about or art, but the world that owns it thinks of it as just a commodity, and it just floats around and gets lost."

If it was bad for prints, the situation could be even more challenging for digital files. Linklater said, "Film history is lost largely anyway, and we're talking about 35 mm, 16 mm negatives. Imagine little hard drives sitting on shelves in uncertain conditions. We're more vulnerable than ever." 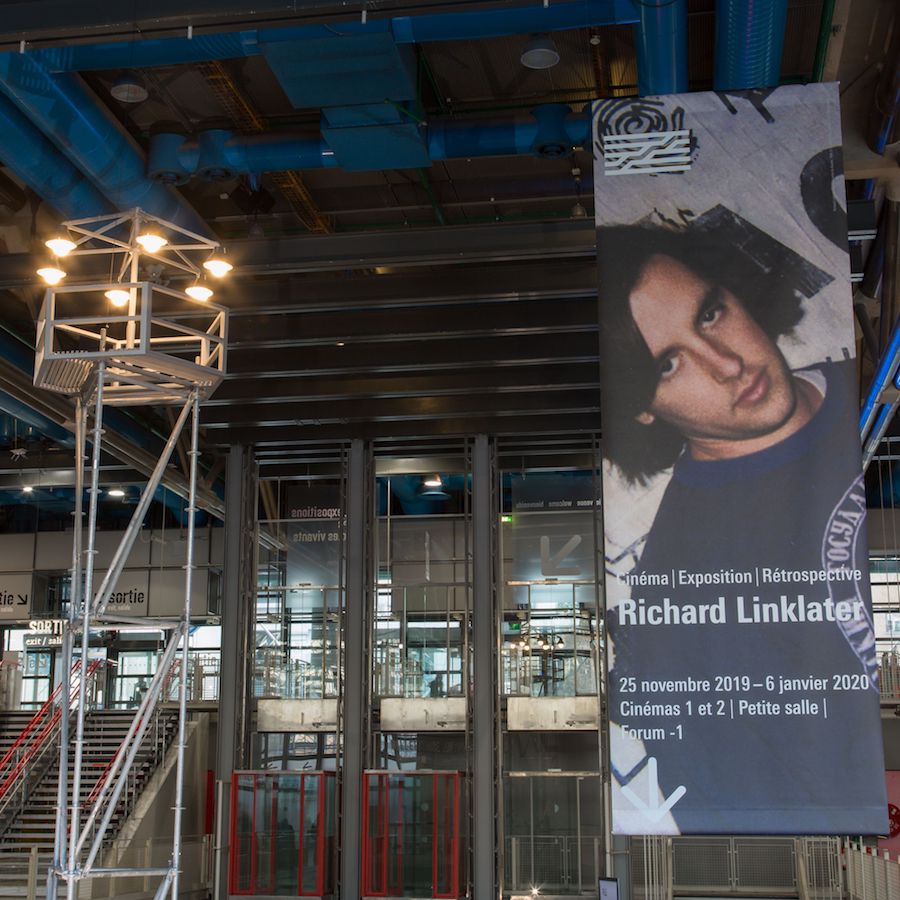 That's just the technical challenge. Some films are bogged down in rights issues that require complicated legal agreements, and getting access to his 2004 TV pilot $5.15/hr had particular challenges. "People don't like pilots that never happen. The people who did them want them to go away, and the last thing they want is them out there, and someone saying, 'Hey, that was great. Why didn't they make that?'" (For­tun­ately, he was able to convince HBO that the only audience this time would be a small group of dedicated cinephiles.)

That sense of a career in motion is part of the inspiration behind the newest work in the show: a 20-minute short titled "Another Day at the Office." Since 2015, the Pompidou has asked each filmmaker who is the subject of a retrospective to make a film that answers the simple question: Où en êtes-vous? (literally translated, "Where are you?"). Linklater recalled that Pompidou film programmer and Linklater exhibit curator Judith Revault d'Allonnes explained that the purpose is to remove the idea of such retrospectives as a sad look back, but instead as a taking stock on the road. As such, he described his short as "a self-portrait," but while most previous filmmakers had taken a documentary approach, he made a small drama about, well, being himself. "I'm in it, and it's very personal, but I hope it's kind of funny."

Aside from the screenings, the Pompidou show also includes a gallery exhibition on Linklater's life and work (in another reminder of the ephemeral nature of cinema, Linklater ruefully noted that he lost a large portion of his personal archive during the 2011 Bastrop fires). Yet the show does not simply look at Linklater's own films, but his broader impact on Austin's filmmaking community. That's why the Pompidou has set one room aside for his other passion project: the Austin Film Society.

Holly Herrick, AFS's head of film & creative media, said her team first heard about the proposal in January of this year, but this wasn't going to be as simple as booking a few films. What they wanted, she said, was "something that went beyond the films – an exposition that would look at his career." That meant the history of AFS, which Linklater founded and for which he remains artistic director. This sent the team (Herrick particularly credited the work of Austin Culp, director of marketing) diving into their archives for old fliers and unique pieces, like a collage designed by Austin artist Marc English for the society's 20th anniversary in 2006. Herrick said the process of curation was very collaborative, and AFS found that the Pompidou staff were excited about events like the Texas Film Hall of Fame awards ceremony and Quentin Tarantino's QT Fest, "and they really appreciated that Olivier Assayas had been here."

For Herrick, the inclusion of AFS "contextualizes [Linklater] in this really interesting way. The creation of AFS and the shepherding of the society is as much an indicator of the artist as any other part of his legacy. ... Rick says that as well. For him, AFS is a huge part of his legacy, and the fact that he has been able to have an impact on the lives of so many emerging filmmakers."

So even with the retrospective, Linklater is still looking forward – including wondering what will happen to that replica moon tower after the exhibition finishes. He laughed, "I think we can find a place for it in Austin."