Meet Accomplice, the Austin Startup Paving the Way Toward an Immersive Future

Striving for a world with no more boring experiences 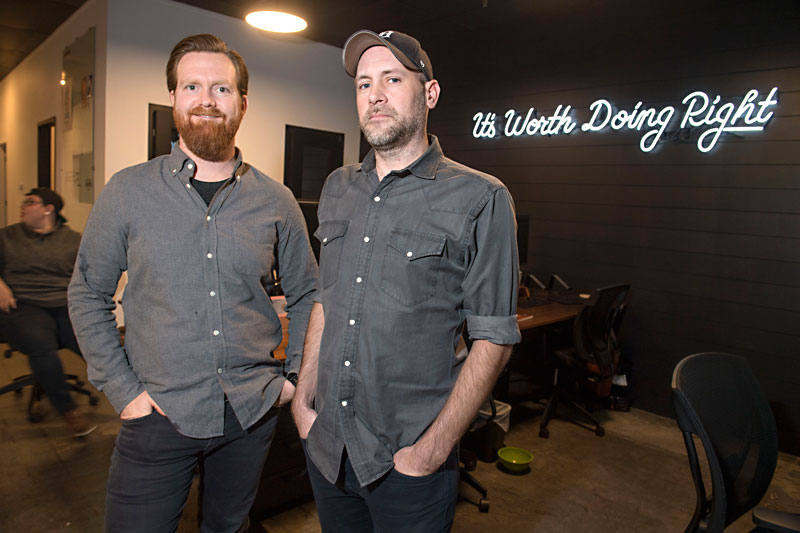 These days, the label "interactive experience" doesn't seem nearly as exciting as it used to. Marketing has hijacked the term whenever the use of digital experiences ham-fistedly intersects with something that must be done in person.Stand in front of this Instagram-esque mural and download a mobile app to tweet augmented reality visuals from your smartphone. Scan that QR code to play a phone-based trivia game that poses each question as you walk through a promotional space. Don obtrusive VR glasses that reveal virtual landscapes while hiding everything else – including others standing near you impatiently waiting for their turn to be unimpressed for a few minutes.

No, interactive technology should be more than just a cheap trick. So say the founders of Accomplice, an Austin-based experiential design startup that is adamant about evolving beyond the gimmicky era of interactive tech.

Rather than simply building siloed apps or websites tied in to physical experiences, Accomplice is focused on designing an entire experience to accomplish tasks or goals using a person, rather than the tech, as the focal point. It offers immersively designed experiences that consider and anticipate what that person can see, hear, and touch over the course of a journey. Leave out the lifelike robotics, and Accomplice is the practical precursor to the giant immersive theme parks from West­world. And it's happening right in Austin's backyard, even if the daily work itself may seem a tad dull to those outside of the immersive technology industry. 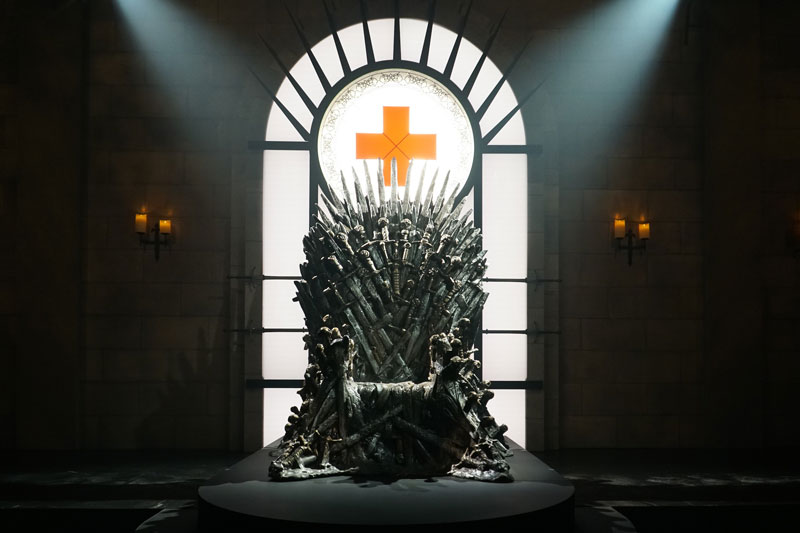 Founded in 2016 – but with a client roster that already includes 3M, AT&T, iFly, Face­book, and Walmart – Accomplice is anything but a traditional design and development firm. Its main office occupies a warehouse space that is usually attractive to specialty mechanics or commercial repair services – and with good reason. Accomplice might be the only design firm in town with a $44,000 wood-carving machine, as well as industrial equipment for welding, 3D printing, painting, and more.

"For how much space it takes up, 70 percent of our work is still digital," Accomplice co-founder and Chief Design Officer Ben McCraw said. But having access to the right tools to build the physical components of a brand experience is almost a necessity, since every client requires something different. McCraw explained that Accomplice's business primarily focuses on partnering with a brand's marketing or operations team. Once they learn what the brand's goals are, the Accomplice team can then build an experience that will most successfully reach them – regardless of whatever physical aspects of a project are required to mesh with what they're building on the digital side.

Possibly the best, most memorable example of the firm's services in action came during this past SXSW – the immersive activation for HBO promoting the final season of Game of Thrones, which also doubled as a blood drive. The startup partnered with respected creative agency Giant Spoon to produce Bleed for the Throne, transforming the Fair Market event space off East Fifth into the Red Keep at King's Landing. The activation also featured paid actors reading from a script, instructed not to break character while people made their way through the building and eventually to the Iron Throne, where volunteers were set up to draw blood.

Accomplice's role was more behind-the-scenes, but its involvement was the difference between a semi-convincing fan experience with replica props and feeling almost like you were in the middle of a fantasy world. In addition to the impressive venue-experience design, Accomplice's team utilized a full network of responsive technologies and gadgets, including a custom mobile app, beacons, body recognition sensors, and projection mapping to let projected characters interact with those inside. The room was essentially watching you and altering portions of the experience, like lighting and sound, based on where you were along the journey to the Iron Throne.

"Most people who participated probably didn't realize the level of attention and detail that went into the activation," said Accomplice co-founder and CEO Tyler Guidry. And that's sort of the whole point, he added. If the technology blends into the background, he said, "We consider it a compliment."

As for effectiveness, the activation attracted more than 2,300 people donating 349,660 usable units of blood. In other words, it was a success. HBO didn't need to promote Game of Thrones, but creating a promotion for the purpose of supercharging blood donations compared to an average blood drive is something Accomplice was really able to sink its teeth into.

McCraw said he didn't consider Bleed for the Throne reflective of Accomplice's identity, but "it did give us a perfect opportunity to show what we bring to the table. ... We're all [Game of Thrones] superfans and it was so exciting to work on, but what we really get excited about is driving business through experiences." For instance, one recent project involves Accomplice's team rethinking the best way to provide training to surgical doctors in terms of costs and logistics, using augmented reality and sensor technology rather than expensive cadavers to learn how to run catheters for dialysis. McCraw said, "It's a really fun project for us that could not be further from the HBO type of experience."

In another project, Accomplice was charged by Fortune 500 international consulting firm Accenture to turn a boring conference room on the 33rd floor of San Francisco's Salesforce Tower into an interactive hub, able to articulate products and services to customers who would otherwise be sitting through a tedious sales presentation. What they created would be at home in Tony Stark's lab. At the center were pivoting walls with massive touch screens; near the windows, old-school viewfinders outfitted with AR technology showing virtual overlays across the skyline. But possibly most impressive are the product display cabinets. "You literally just set the object in the cabinet, and a video case study on this object immediately starts playing," McCraw explained. "There is no start button. It just automatically turns on."

While much of the tech Accomplice uses is neither new nor sexy, McCraw said the ultimate goal is to use it in more creative ways, designing experiences that let people ignore the tech itself. "I don't want somebody to walk into a space [we created] and be like, 'That space is pumped full of technology,'" he said. The future "is just the removing of technology from the equation."