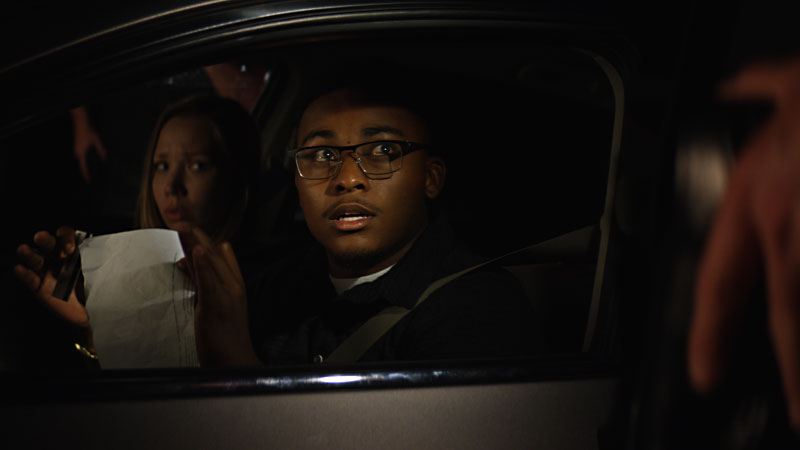 After making a splash with his gross-out comedy short "First Date" and the breakout success of his meta-comedy-horror Found Footage 3D, a tense indictment of police brutality and institutional racism may not seem like the most likely next project for Austin filmmaker Steven DeGennaro. However, he felt driven to make "Stop" – a 12-minute tale of three people on a backcountry road pulled over by a small-town cop for questionable reasons – because the modern assault on civil rights is as horrifying as any ghost story.

The short is now available on YouTube, but when "Stop" debuted in Austin during SXSW 2019, DeGennaro explained that it "was borne out of the rage that I feel every day about the abuse of power and lack of accountability we keep seeing over and over and over again in this country from certain police officers, and from the system that protects them."

As a white filmmaker telling a story that has become all too familiar to the black community, DeGennaro said he felt a particular responsibility to the material, and he credited stars Camron Jones and Chris Boykin, as well as producer Jeffrey Reddick (creator of the Final Destination franchise), with helping him craft the script: "They are responsible for a lot of important details that hopefully lend the film some authenticity."