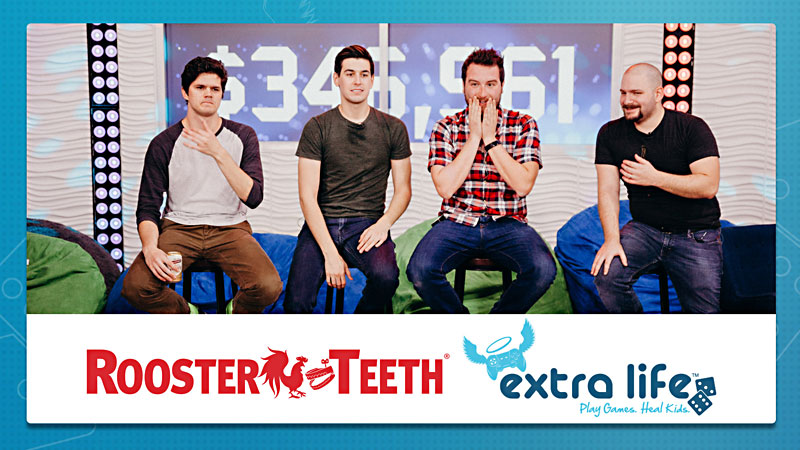 Who said the telethon is dead? It's alive and well, and on a YouTube stream this weekend as Rooster Teeth, the Austin-based animation, gaming, and online content leviathan, holds its annual 24-hour online fundraiser for the Extra Life charity and Dell Children's Medical Center of Central Texas.

This isn't just some small online donations: Over the last five years, the studio and its loyal fans have raised over $5 million for sick kids. This year, volunteer streaming gamers have already raised $108,931 before the 24-hour streaming marathon, but the RT team have set a bold target of $1,337,000. The live fundraiser will have special appearances from RT regulars, as well as blocks dedicated to some of their most beloved shows like Achievement Hunter and Funhaus. Yet it's not RT Extra Life without a certain level of danger to body and mind, so brace yourself before the mouth-burning terror of the innocuously named Chip Show From Hell. Plus, get ready to go "awwww" for the dog pageant (which we really, really hope is exactly what it sounds like).

RT Extra Life will stream 8am Sat., Nov. 9, to 8am Sun., Nov 10. Catch all the insanity at www.roosterteeth.com or just donate at www.extralife.org. 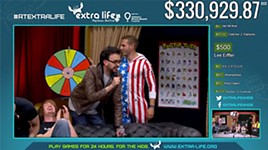