Documentary Cowboys Shows That Some Are Still Out on the Range

If you thought cross-country cattle drives were the stuff of legend, this Austin Film Festival showing will make you think again 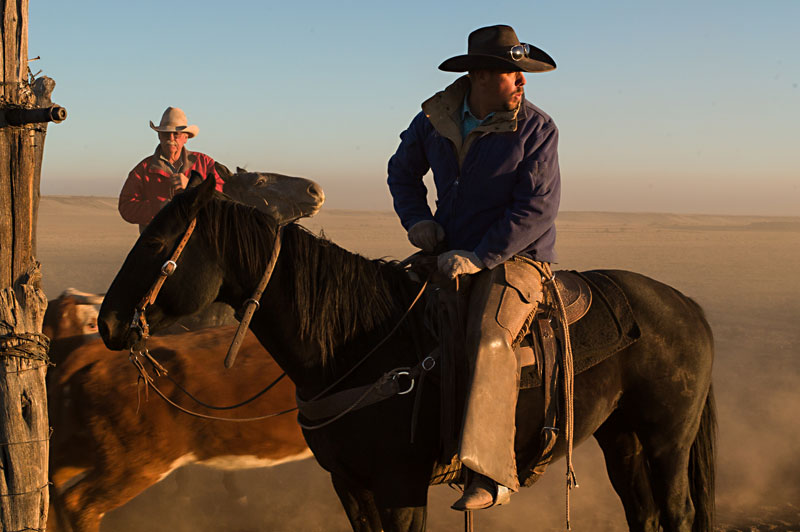 Hollywood has long eulogized the death of the cowboy as the death of a decidedly American way of life. The only problem? The modern cowboy is alive and well, at least in some of the emptiest parts of the country. Cowboys, the Austin-produced documentary feature from co-directors Bud Force and John Langmore, attempts to correct the history by taking an up-close and personal look at an industry that persists to this day.

While Force and Langmore might have taken different paths to the world of filmmaking, both share a connection to cowboying that goes beyond the screen. Force spent his childhood on a family farm and initially believed rodeoing to be his calling; it wasn't until an accident ended his career in 1999 that he became interested in commercial filmmaking. Langmore's father, Bank Langmore, was a famous photographer whose work was collected in the popular 1975 book The Cowboy, and the son eventually decided to follow in the father's tracks. This personal connection to their subject matter allows both men to tell the story of the cowboy from a modern perspective. "We wanted the story of cowboys told by the cowboys themselves," Force explained, noting that the main goal was never to provide an exhaustive history of "cowboying or the West other than how it related to the individual characters."

Outside of a few historical notes – often provided by the subjects themselves – Cowboys foregoes grand historical narratives in favor of the harsh realities of the modern trade. Langmore added, "The history of the West has been done well by Ken Burns and others, and [we] have nothing to add there. [So] we had a very strong notion that this was going to be a film on the contemporary working cowboy in the 21st century."

Cowboys may set the record straight about the place of the rough rider in 2019, but Force and Langmore weren't about to sacrifice an ounce of style along the way, tapping into decades of Hollywood Westerns to give their movie a recognizable visual language. "We knew we wanted to show the epicness of the American West," Force explained. "Lots of wide-angle 16mm shots are in the film. Lots of wide-angle 14mm shots. Very, very wide, epic vistas."

By marrying the authenticity of their approach with a recognizable Western aesthetic – Force notes that Dances With Wolves served as an inspiration for many of the film's landscape shots – the filmmakers hoped to create something unseen before in cowboy cinema. "There were some authentic films that were low production value done quite a ways back," Langmore adds, "and obviously there've been a lot of super cinematic Westerns, none of which are authentic about the work or the life of the working cowboys. So it was our desire to bring those two together."

Cowboys is a collision of the modern and the mythical, showing how Western traditions with have found a way to coexist with society's contemporary achievements. There are vistas recognizable from any Western – shots of cowboys and their cattle riding along dusty trails and snowy valleys – but little touches of contemporary life creep in around the corners. Cell phones peek out from the pockets of tattered leather jackets; fashionable glasses rest above lustrous mustaches and untamed beards. These touches culminate in the film's final moment, when a group of cowboys guide their cattle underneath a busy highway. Langmore concluded, "We were just like, 'Oh my God, that tells the whole story right there.'"

COWBOYS: A Documentary Portrait (Official Teaser) from ultralitefilms on Vimeo. 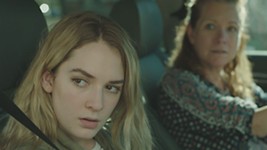